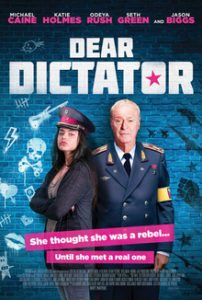 When political turmoil forces a British-Caribbean dictator to flee his island nation, he seeks refuge and hides with a rebellious teenage girl in suburban America, and ends up teaching the young teen how to start a revolution and overthrow the “mean girls” in her high school. 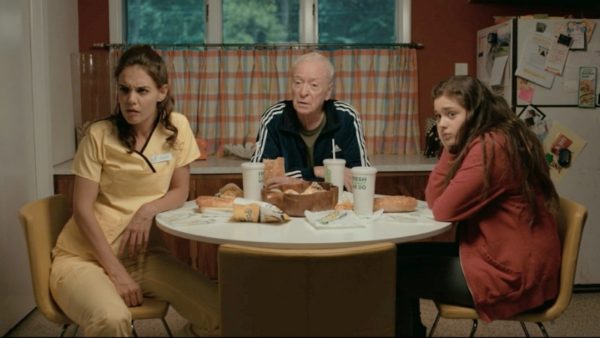 Above all else, this politically-tinged comedy from writer-director duo Lisa Addario and Joe Syracuse (Amateur Night) is a testament to knowing your limits and working modestly within them. While Dear Dictator may not be an especially cinematic, rabble-rousing affair, it pulls off its cutesy premise relatively well on an evidently low budget, getting the job done thanks to a game cast and witty script.

After a class assignment implores her to write a letter to an inspirational figure, 16-year-old Tatiana Mills (Odeya Rush) becomes unlikely pen pals with dictator Anton Vincent (Michael Caine), who is imminently due to be ousted from the geographically ambiguous country he presides over. Before Tatiana knows it, Vincent shows up at her home seeking refuge, and though the teen gladly grants him asylum, it’s also not long before Tatiana’s single mother Darlene (Katie Holmes) realises what’s up.

It’s a loony, almost sitcom-worthy premise that could so easily have gone the wrong side of idiosyncratic, but Addario and Syracuse know when to lean into the nutty concept and when to put paid to the front-and-centre characters. 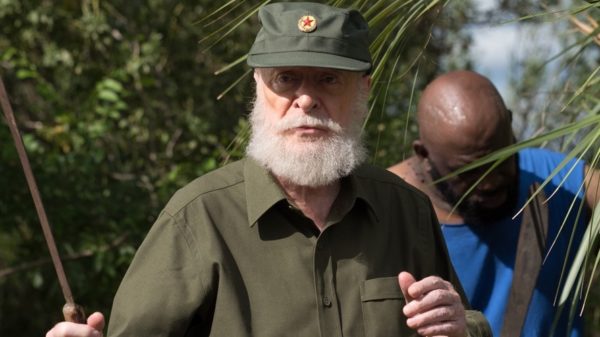 Given that this is a movie where Seth Green (as a pervy dentist) lovingly sucks on Katie Holmes’ toes and Michael Caine “milk-boards” Jim from American Pie with a jug of milk, it is a fundamentally absurd film that relies heavily on the commitment of its performers. Caine is clearly playing a dictator intended to parody the Castros of this world, even though he makes zero effort to fashion anything other than his usual, iconic Cockney accent, which in fact only makes the whole setup that much funnier. As if to hang a lampshade on Caine’s choice of accent, the synopsis insists he’s a “British-Caribbean dictator”. Hmmm.

Caine’s chemistry with the rather Mila Kunis-like Odeya Rush is really quite splendid, and it’s an easier bond to buy than expected thanks to Rush’s charming affability. She’s a believably frustrated, outgoing teen, and one suspects the actress is just waiting for the right role to make her star power skyrocket. This won’t be it, but it’s a solid showreel for her chops all the same.

Perhaps the biggest surprise, however, is Katie Holmes, who between this and last summer’s Logan Lucky has been having a pretty great year. Here she gets a meatier-than-expected part as Tatiana’s scatter-brained, can’t-cook-won’t-cook mother, and gives surely one of the more interesting, game performances of her recent career. Elsewhere Seth Green and Jason Biggs show up in their aforementioned minor roles (Biggs playing Tatiana’s schoolteacher), and round out the cast with some easy chuckles even if they’re not exactly asked to do much (the aforementioned toe-sucking aside, of course). 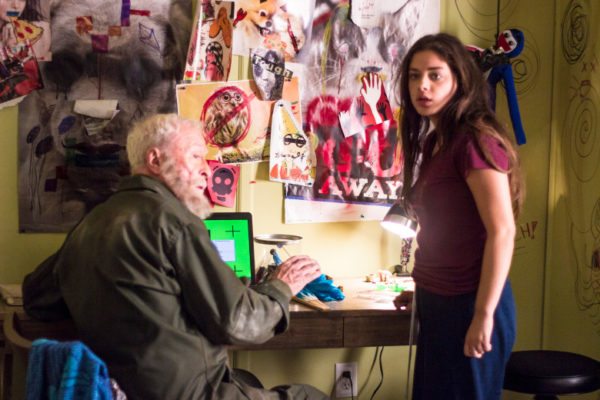 It’d be easy for a film like this to end up a lame, underwritten dumped-on-VOD affair, but there’s an agreeable air of anarchism running through the script, be it an hilariously left-field reference to the Maniac Cop franchise – with Tatania preferring the sequel because the original’s “not as political” – or merely the pithy culture clash of this exotic dictator teaming up with an American teenager who complains about riding a mere two miles on her bike.

It’s ultimately a sweet and earnest concoction which earns its broadly effective feels thanks to the strong work of the leads, and an especially go-for-broke performance from Caine, who at almost 85 years of age delivers one of the most bizarre and surprising turns of his career. It’s far from a perfect movie, with an obnoxious array of Subway product placement only further underlining the small budget, and overall it might just be a little too slight and facile for some.

As an unassuming little satire that basically came out of nowhere, though, it’s a fun, breezy 90-minute sit starring actors who certainly aren’t looking down on the material as they so easily could have.