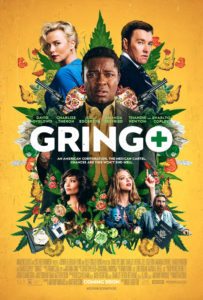 A dark comedy mixed with white-knuckle action and dramatic intrigue explores the battle of survival for businessman Harold Soyinka (David Oyelowo) when he finds himself crossing the line from law-abiding citizen to a wanted criminal. 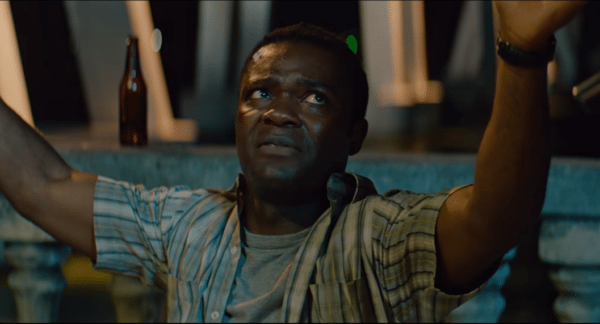 Gringo has an ensemble cast of eccentric characters but director Nash Edgerton (working from a story by Intolerable Cruelty co-writer Matthew Stone) is unsuccessful at bringing out the true zaniness within them that is begging to be unleashed. Honestly, the personalities are fairly tame and unmemorable, which is a real problem when Sharlto Copley, who is regularly known to go for broke in any role, feels frustratingly restrained here.

No favors are done at all for the female characters either, as both Charlize Theron (a manipulative and coldhearted businesswoman only concerned with what is in her best interest, unafraid to take advantage of her own beauty and sexuality for personal gain), Thandie Newton (a wife caught up in an affair), and Amanda Seyfried (girlfriend to a musician store employee masking a vacation in Mexico to indulge in some profitable drug exchanges with a dangerous cartel) are grossly underwritten and superfluous to the entire narrative. The ending contains an intended feel-good scene with one of the above women that I will not spoil, except the execution is flat with no emotional resonance. 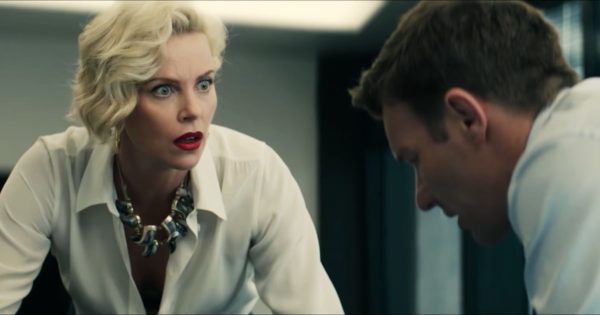 To be fair, the men do not exactly fair better, but at the center of all of this twisty madness across the border is David Oyelowo’s Harold, a hard-working and loyal to a fault middle-aged gentleman working inside of a corporate firm thanks to his own job qualifications and friendship with his boss Rich as played by Joel Edgerton (who can also be currently seen in Red Sparrow and brother to director Nash). Unfortunately, Rich is dipping his hands too deep into some highly illegal drug activities, and he may not care about Harold that much at all, using him as a yes-man to do as told and carry out the nefarious deeds completely oblivious to what is actually happening. He has no questions and is simply happy to be employed, so it all works out in terms of the shady dealings going on in the upper echelon of the rankings.

Upon finding out that Rich plans to merge the company and sacrifice his and many other positions alongside accidentally getting his wife to confess that she is having an affair, Harold is suddenly thrust into an existential crisis (he repeatedly says there is nothing left for him in America, which is a greatly exaggerated plot point considering he must have at least one relative or someone that cares) and stages his own kidnapping, including ransom fees. The news is delivered at a bad time to Rich and Elaine (the equally nasty coworker played by the aforementioned Charlize Theron) having fun in the office, but naturally, have to save face and come up with a satisfying resolution to the sticky situation. The problem is that Gringo sometimes spends too much time in a towering Chicago office building or with characters plotting uninteresting things. 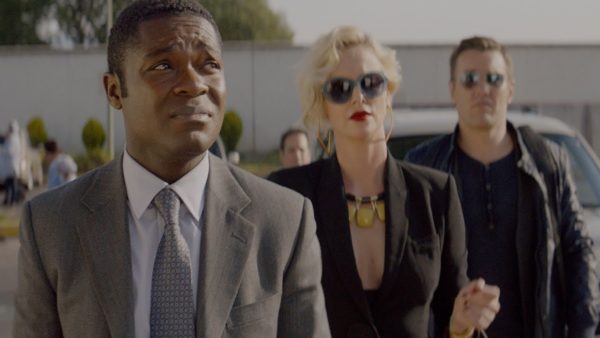 It should go without saying from reading this, but David Oyelowo is the best in show; there is a highly funny segment where he mildly “tortures” himself while paying off two Mexican workers at a dirty rundown motel to yell out threats all while contacting Rich over in Chicago. The addition of Sharlto Copley as a mercenary turned advocate of progression for third world countries gives the proceedings good opportunities to toy with expectations of the audience (keep in mind that none of the swerves are anything mind-blowing, but logically reasonable shifts that propel momentum forward and shake the plot up), but again, his arc (along with everyone else’s including Harold’s) could have been better realized). Despite this, the pair does have winning chemistry and share a number of funny set-pieces together.

In general, Oyelowo receives plenty of humorous moments that he makes work, expressing outrage from the betrayal of his closest companions and madcap joy during the ruse he is pulling off, which obviously turns to believable fear when the whole plan goes sideways. The rest of the characters just do not bring anything of interest to the conversation; they are vastly underwritten and serve no purpose to the overall narrative other than to assist or further complicate things for Harold. Of course, the style of action comedy has to end with a montage letting us know the fate of each and every person, which is where this conclusion is fully reached; good luck caring about any of them, protagonists or antagonists. In the film’s defense, the dialogue itself is fine and often amusing (save for a few cheap stereotyping jabs played for laughs), complete with a reoccurring joke of analogies mentioning gorillas. 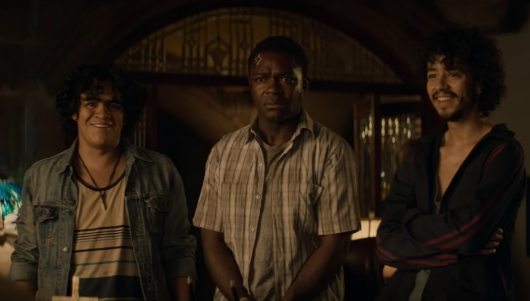 For all of its flaws, Gringo is actually entertaining; it ultimately fails at sending any worthwhile message regarding Americans stirring up problems in Mexico (save for a great newspaper article at the end poking fun at current events) but the movie never drags even if it does take a while for the craziness to pick up. However, once it does, there is a genuine uncertainty of how this will end. A better movie would let Oyelowo and Copley go nuts and unchecked for two hours putting less emphasis on the five or so other white noise subplots. Also, this might be the worst time in the history of cinema to release a film where the name of a notorious drug trafficker is nicknamed Black Panther.