Games Workshop are doing a great job of getting their IP to developers who do their games justice in capturing the world of Warhammer Fantasy Battle and the Warhammer 40,000 universe and going by the new teaser trailer for Necromunda: Underhive Wars, developer Rogue Factor (Mordheim: City of the Damned) have captured the grimy, centuries old essence of the Necromundan underhive. 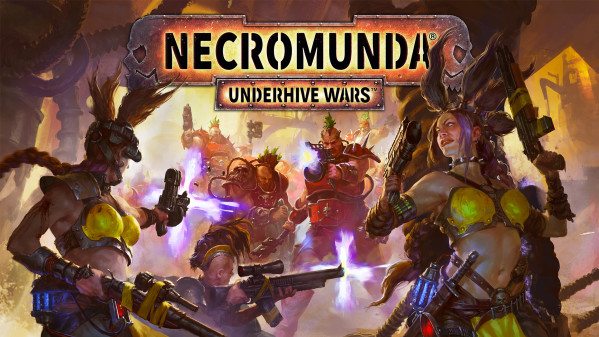 Necromunda: Underhive Wars will be the very first video game adaptation of the Games Workshop tabletop game, though for the life of me I can’t understand why it has taken this long as Necromunda seems to be a perfect idea for a video game.  The Hive City of Necromunda is a dark, gritty place where countless generations have lived and worked in the same rusting metal rooms and corridors, breathing the same fetid air.  Death is common place in the Underhive thanks to the various gangs who inhabit the places that the Emperor seems to have forgotten.  What could make a better basis for a game than this?

As with the table top game, Necromunda: Underhive Wars is a turn based tactical game that will see players take control of either one of the two gangs from the tabletop game, these are: House Escher, an all female gang who made their name by being chem dealers and using cunning on the battlefield, and House Goliath, a gang of steroid induced hulks who use their strength to dominate others.

In  Necromunda: Underhive Wars players will build their gang, customise their warriors with equipment and appearance and can unlock skills, traits and weapons as they progress through battles although these can also lead to crippling injuries, wounds that cause a disadvantage or even death.  Aside from skills and traits, each battle won will also award the gang an increase in power and better loot.

Players wanting a greater challenge will be able to select Conquest Mode which offers an endless campaign featuring 4X mechanics between the turn based battles.

Necromunda: Underhive Wars will be released on Xbox One, Playstation 4 and PC.