Sean Bean, former star of Game of Thrones, has at last revealed his character Ned Stark’s last words before dying. 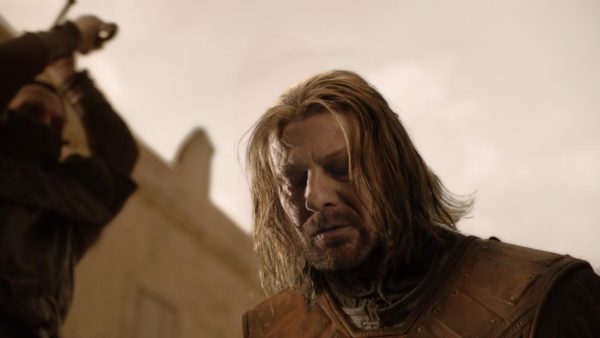 It might seem like a lifetime ago but at one point in time Sean Bean was the star of Game of Thrones, and his character Ned was the hero we were all rooting for during season one.

Ned of course quickly met his demise, with the character being executed in one of the more shocking moments (for non book readers) in recent TV history.

Those that remember the scene might also recall that Ned seemed to be muttering something to himself before his head became removed its shoulders. We didn’t know what the character was saying until now.

Bean has revealed to the Huffington Post in a recent interview that Ned was actually saying a prayer to himself.

“It appears that way, doesn’t it? Couldn’t be too specific, because I don’t know if religion [like that] was around in those days, whatever they were. I just thought, ‘What would you do if this were really gonna happen?’ You probably would pray. You probably would murmur some words and you’d keep it quiet. You’d keep it to yourself.

“It’s quite subtle in that many people wouldn’t pick it up. It was an interesting thing to do for me at that point. There’s not much you can do really, you’ve got your head on a block. That’s about the only thing you can do is murmur.”

As mentioned, it feels like such a long time ago but at least fans now have some clarification for when they next go back and re-watch the series – perhaps in anticipation of the final ever season in 2019. 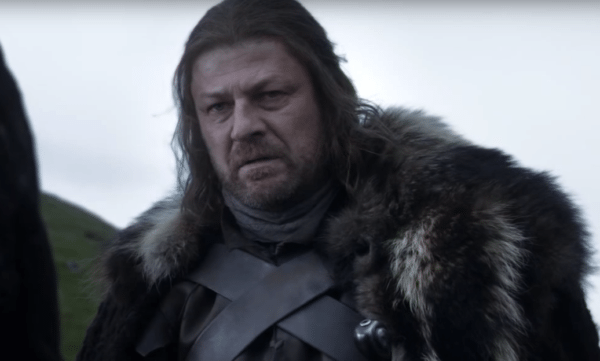