Ubisoft and South Park Digital Studios have announced that ‘From Dusk Till Casa Bonita’, the first DLC for South Park: The Fractured But Whole, is set to arrive on PlayStation 4, Xbox One and PC this month, bringing with it a new story campaign and character class. 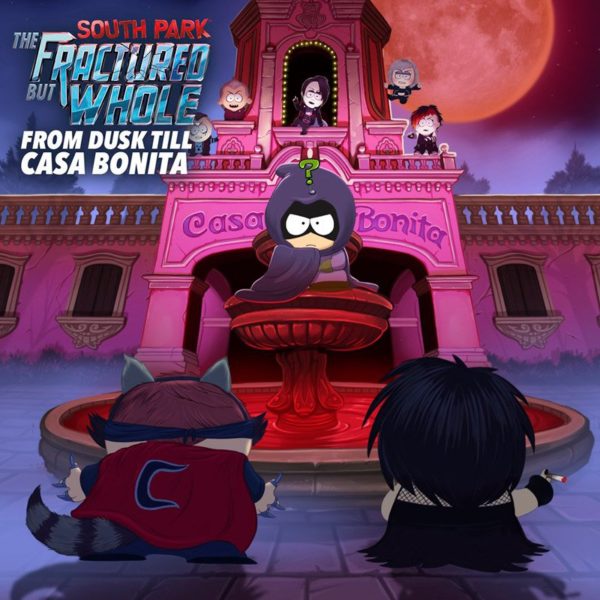 Mysterion’s sister is in trouble. She’s fallen in with the Vamp Kids of South Park, who have descended upon Cartman’s favorite restaurant, Casa Bonita. Visit the famous family eatery and explore Black Bart’s Cave, watch the cliff divers, taste the magic of Mexico and defeat the brood of Vampires.

Fight darkness with darkness and embrace the new Netherborn class, which features four new occult powers. Dress the part in new Goth costumes and gain some sweet loot. Enter the battle alongside Henrietta, the Goth: a powerful support Witch, and bring your new powers and buddy to the rest of your superhero adventure. 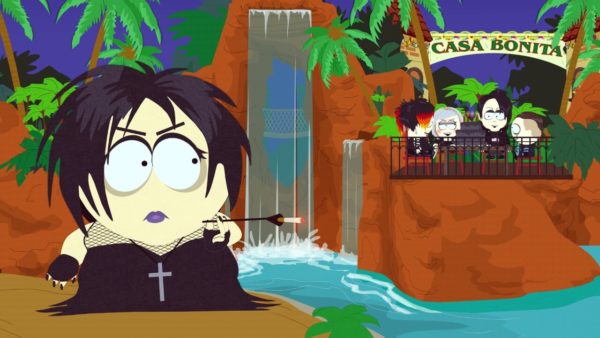