We have finally received some clues for the upcoming third season of Stranger Things. Executive Producer Shawn Levy has talked about the relationships that the cast will have in Stranger Things 3, as well as the complicated world of dating as a young teen. However, talking to EW at the red carpet at PaleyFest, Levy also shared some details on the tone Season 3 will take:

“It’s very much the Stranger Things I think people know and love. It’s big and spooky. Season 3 has legitimately creepy moments and events, but it’s incredibly warm and character-based because at the end of the day, I think that’s what people love most about Stranger Things.”

Well that’s exciting! There are so many things ‘big and spooky’ could mean in the world of Stranger Things. For one, we know that the Mind Flayer is still floating around somewhere out there (and totally knows where Hawkins High School is). We also had a glimpse of the world beyond Hawkins, Indiana, when Eleven decided to take a roadtrip. Although, given the abysmal fan response to that particular episode, it’s likely that we won’t be visiting Chicago again next season. Last, but not least, this could simply be a promise of another threat taken out of the Dungeons and Dragons Handbook. Any guesses? 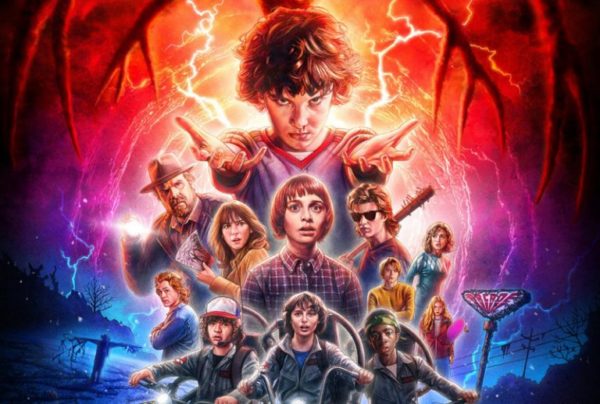