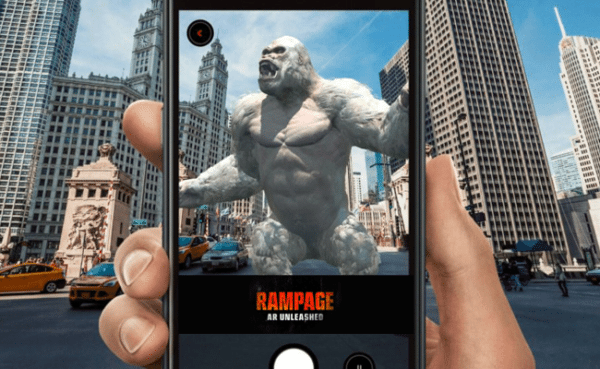 With Dwayne Johnson’s Rampage set to open in three weeks, Warner Bros. has launched a brand new augmented reality app for the adaptation of the classic arcade game, which allows people to unleash genetically super-sized creatures in the biggest environments possible and will bring the destruction of the upcoming movie into their world.

Fans can launch and scale an AR version of the creatures in any environment-staging the perfect scene with George the gorilla, Ralph the wolf, and Lizzie the alligator using the app’s AR scene creator- and share it across social from within the app.  Activate two different attack modes and watch as these creatures wreak havoc on your own environment. Additionally, scan Rampage movie posters to see George smash through into your surroundings. 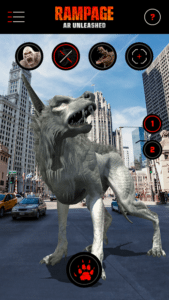 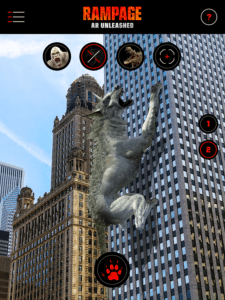 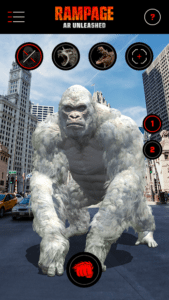 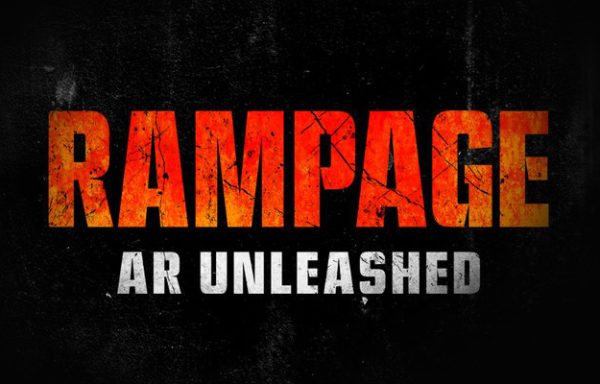