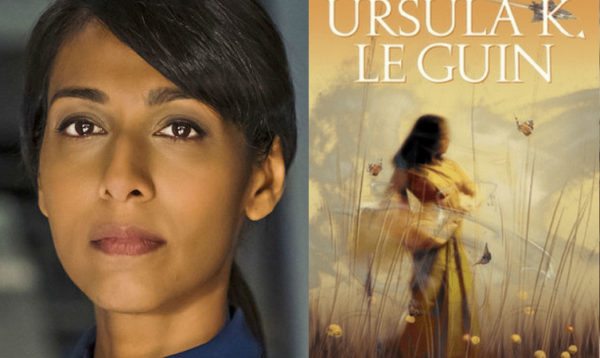 THR is reporting that writer-director Leena Pendharkar (20 Weeks, Raspberry Magic) is working on an adaptation of the late author Ursula K. Le Guin’s acclaimed sci-fi novel The Telling, which has Rekha Sharma (Battlestar Galactica, Star Trek: Discovery) set to star. Le Guin had been working with Pendharkar on the project before her passing this past January.

“I’m honored to bring the work of one of science fiction’s most esteemed writers to the screen especially in these times when strong female voices are needed,” said Pendharkar. “The Telling is a humanistic science fiction film about a woman trying to find her way in a culture overrun by technology.”

“I’ve been a fan of Ursula K. Le Guin’s science fiction and fantasy for many years,” added producer Rizwan Virk of Bayview Films. “Our team had been working on the script for The Telling with her over the past few years, and we were extremely saddened to hear of her recent passing. The Telling brings together a very personal story of self-exploration while exploring much broader themes related to science, alien civilizations, religious freedom and technological progress.”

The Telling will see Sharma as Sutty Dass, a woman who “travels from war-torn earth to the planet Aka, which has suppressed its rich culture in the march to technological advancement. While traveling, Sutty discovers the remnants of a banned religion and a hidden culture. As she moves deeper into the countryside and the desolate mountains, she learns more about the Telling — the old faith of the Akans — and more about herself.”

Production on The Telling is expected to get underway later this year ahead of a planned release in 2019.