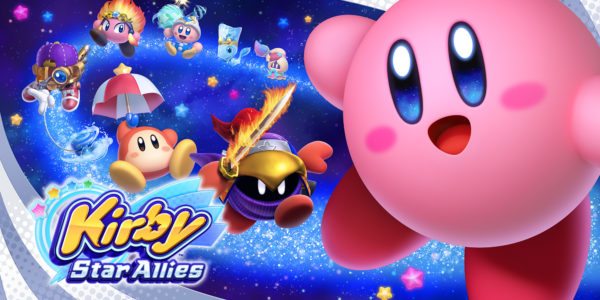 Kirby’s first significant foray on the Nintendo Switch may feel like something of a malnourished affair emerging in the shadow of, say, Super Mario Odyssey, but on its own terms it is a lightly enjoyable – if exceedingly simple – little jaunt. If you’ve been inundating yourself with challenging, full-fat AAA titles recently, Kirby Star Allies just might be the tonic you need right now (though with its fleeting suite of content, you may also want to rent it or wait for a sale).

Like so many of Nintendo’s staple franchises – and, indeed, the platforming genre in general – the plot isn’t much to write home about, with Kirby investigating a cosmic event which has caused fragments, called Jamba Hearts, to scatter across Dream Land. Miraculously, Kirby is able to use these hearts to turn his enemies into allies, as he presses on towards the source of the mysterious initial explosion.

Though Kirby Star Allies‘ level design may feel fairly workmanlike, its charm resides largely with the player’s ability to tackle the game’s 4-5 hour campaign with myriad abilities, allies and combos. Of course, Kirby himself can hoover up most general enemies, swallowing them and stealing whatever their particular ability might be – fire, ice, electricity and so on – while hurling hearts at foes can turn up to three of them to your side. 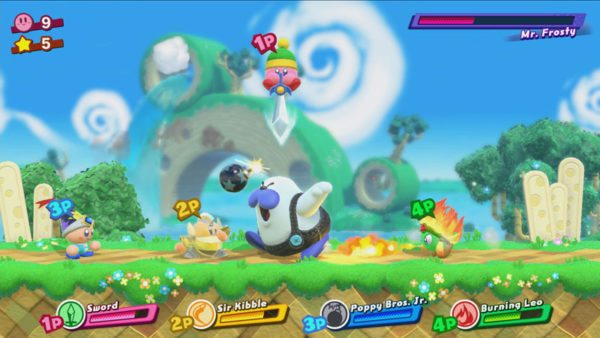 There’s a very mild sense of strategy to selecting the right abilities and companions for each level’s theme, which can pay off splendidly if you start pairing abilities together, or even pull off a “Friend Action”, such as using all four members of your team to build a bridge, or transform into a rolling wheel that annihilates everything in its path.

It’s a lot of fun tinkering around with the various permutations the game allows, and though most players will have easily exhausted them by the end of a single play-through, it does ensure that ennui never quite materialises in a game that really isn’t trying hard enough. Even very young children will likely have an incredibly easy time with this game; extra lives are doled out hilariously liberally, and it’s possible to spend most of your play-time as a backseat driver, letting your three cohorts – AI or co-op – do the not-so-hard work.

Though Super Mario Odyssey‘s base story mode was also super-easy, the key differences are that it was also a decidedly cleverer and more charming game than this, and also boasted a huge wealth of post-game content. Kirby Star Allies? Not so much. There are the typical collectable knick-knacks, a few piecemeal mini-games, a novel time attack mode, a boss rush mode and you might want to replay it co-operatively with three pals if you can corral that many, yet for all but the most obsessive completionists, there’s not a lot here that’ll keep you coming back for long.

Given that the game is being charged at a AAA price tag despite the possibility of comfortably completing it in an afternoon, this really should’ve been a budget brand-name title like we’ve been seeing more commonly on other consoles recently. We’ll write a small note in its defence, however, for the story mode’s riveting final sequence, a lengthy, multi-stage slog against an impressive, big-scale foe that’s a refreshing rebuke to the familiarity of the prior platforming. It’s just a shame the game’s other boss fights didn’t bring anywhere near the same level of ingenuity to the table. 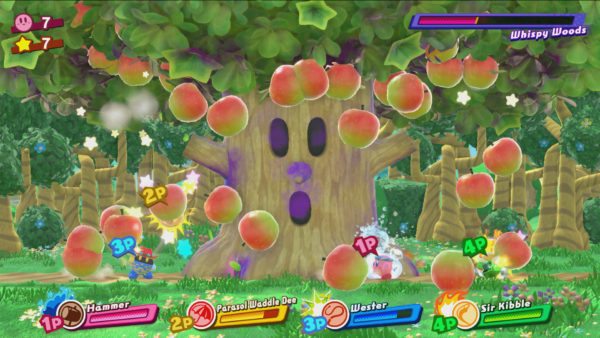 What is there is certainly a fun, undemanding sit that’s good enough for a lazy Sunday playthrough, and it’s undeniably enlivened by the typically spritely, cutesy visuals fans of the series expect. The game only outputting at 30 FPS – and sometimes even less than that during end-stage celebration animations – will be unavoidably disappointing for platformer enthusiasts, but at least its total lack of precision timing requirements won’t make it at the expense of your temper. Aurally? The game didn’t even make a dent, in total honesty.

Telling people to wait for a sale on a Nintendo game is always a bit of a grim prospect given how long their games historically hold their value, so if you or your kids are huge Kirby fans, it’s probably easy enough to justify the purchase. Everyone else might want to settle for a weekend rental or hold out for some sort of a digital discount in the future, though, because this is a light-on-its-feet offering ultimately to its detriment.

It’s cute, easy to play and nice to look at, but by the end of it, you’ll probably be left craving something that pushes back at least the teensiest bit. 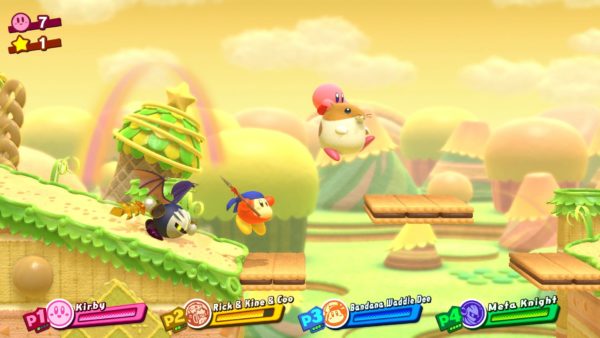 Cons:
– Sparse content for the AAA price tag.
– 30 FPS is undeniably disappointing.
– A little too simple for its own good.