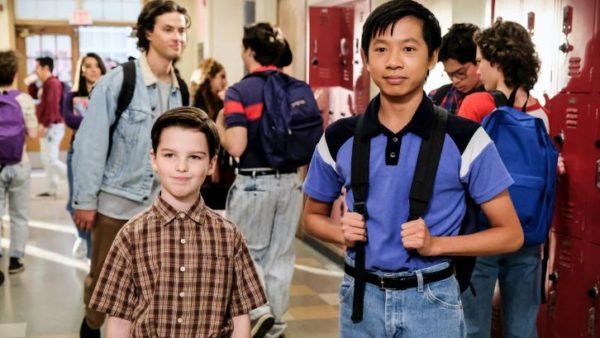 Adolescent growing pains, emotional immaturity and the gaps in between are just a few of the issues addressed this week in Young Sheldon. One thing which this programme consistently gets right is the balance between narrative progression and character development. For these showrunners it is literally all about the baby steps, which in this case incorporates emotional misunderstandings.

Armitage continues to be a revelation delivering small nuances while Perry is given time to allow natural pathos and empathy into the role of Mary Cooper. What episode fifteen also does is make geology entertaining and combines this overlooked science with a growing pains, first girlfriend encounter for Sheldon without making it feel strange. That Lorre and company decide to explore racial issues in an understated way is also a brave step, as Sheldon’s attraction centres purely on intellect.

On the home front this new female curveball goes some way to highlighting a natural chemistry which exists between Potts, Barber and Perry, who fuss over Sheldon’s new found fascination. Subtle jibes, easy banter and solid writing make these moments intrinsic to the overall structure. Once more it is self-evident how little actually goes on from week to week here, but each snippet gives us another life lesson, Big Bang hat tip and fifteen minutes of childhood nostalgia. 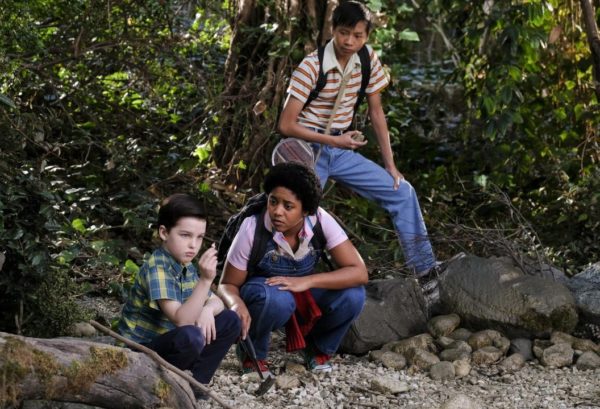 As we get into the finishing stretch of season one it is worth reflecting how an origin story for Sheldon Cooper was originally received. People were sceptical at best regarding the potential success of a pint-sized Jim Parsons or an actor capable of pulling that off. For those who have watched Big Bang its biggest draw and biggest flaw in equal measure remains Sheldon Cooper. Socially inept, riddled with phobias, highly functioning and unintentionally tactless he either grates or ingratiates. That Parsons is able to make him the beating heart of that hit show relies primarily on his performance. Which is why finding Armitage and any subsequent casting was fundamental if this show was to work. However when Young Sheldon is greenlit for another season the trick will no longer be admired but expected. Having nailed that casting and produced a hugely popular spin-off series, that pressure will be applied in triplicate as expectation skyrocket.