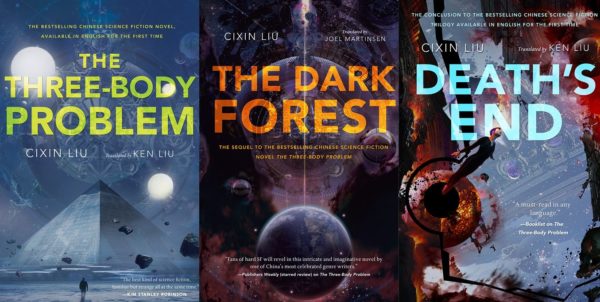 Earlier this month it was reported that Amazon is looking to spend around $500 million on two seasons of its Lord of the Rings TV adaptation, and now we have a report from the Financial Times which states that the streaming giant is looking to double that price tag for an adaptation of Liu Cixin’s Hugo-winning sci-fi novel trilogy Remembrance of Earth’s Past.

According to the report, Amazon is negotiating for the rights to the book trilogy and is looking to produce a TV adaptation spanning three seasons, with a whopping $1 billion price tag.

Encompassing three novels – The Three-Body Problem, The Dark Forest and Death’s End – the story revolves around an impending alien invasion of Earth. The synopsis for the first book reads:

1967: Ye Wenjie witnesses Red Guards beat her father to death during China’s Cultural Revolution. This singular event will shape not only the rest of her life but also the future of mankind.

Four decades later, Beijing police ask nanotech engineer Wang Miao to infiltrate a secretive cabal of scientists after a spate of inexplicable suicides. Wang’s investigation will lead him to a mysterious online game and immerse him in a virtual world ruled by the intractable and unpredicatable interaction of its three suns.

A $30 million-budgeted Chinese adaptation of the first book, The Three-Body Problem, was shot in 2015, but is yet to see a release.