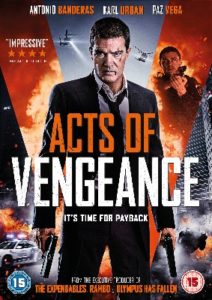 A lawyer takes a vow of silence as he goes on the hunt for whoever killed his wife and daughter. 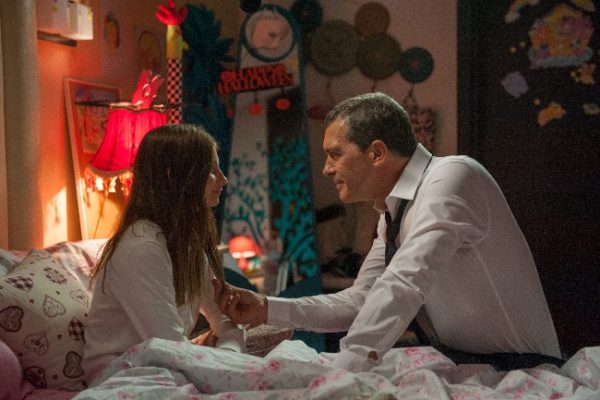 Now that Liam Neeson has stepped back from the revenge/action thriller that was getting a bit repetitive, Antonio Banderas (Desperado/Interview with the Vampire) has stepped up and is seemingly taking the direct-to-DVD market by storm with titles like Security and Bullet Head providing some exciting but ultimately forgettable viewing experiences. And now you can add Acts of Vengeance to that growing catalogue, although the calibre of this one appears – on the surface at least – to be a little higher than your average Asda impulse buy DVD.

Frank Valera (Banderas) is a fast-talking defence lawyer who has a good record in getting guilty scumbags off the hook. Valera has a loving wife and daughter waiting at home for him every night but his dedication to his work means he is forever apologising for being late and missing important events, such as the talent show his daughter Olivia (Lillian Blankenship – Day of the Dead: Bloodline) is performing at on one particular evening. Having missed the show Frank goes home and awaits his family’s return but a visit from the police turns his life upside as he is given the news his wife and daughter have been killed. 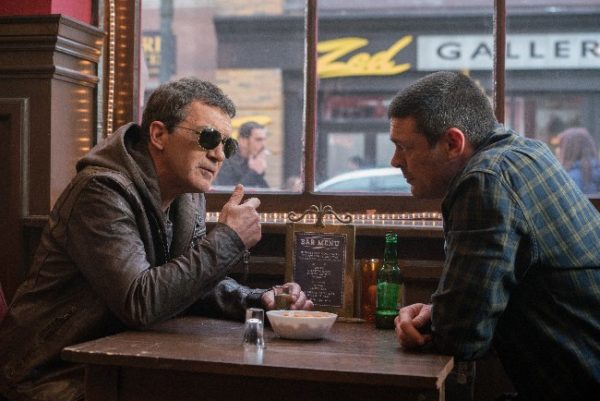 With his life now in tatters Frank turns to drink and gets involved in backroom cage fighting where he meets off-duty cop Strode (Karl Urban – Dredd), who informs Frank that his wife and daughter’s murder case is being closed. After another violent incident proves enlightening for Frank when he discovers a meditative text that gives him purpose and focus, he trains himself in martial arts and takes a vow of silence as he goes on the hunt for those responsible for taking away his family.

So yeah, it’s a man getting revenge for the murder of his family. Nothing we haven’t seen dozens of times before but there is an angle here as Frank Velera adopts a vow of silence (he’s a fast-talking lawyer, you see?) as he takes down the bad guys, although he does provide a clumsy narration just in case you’re not getting the whole philosophy behind what he is doing, which isn’t really difficult to grasp as – and it is worth repeating – we’ve seen all of this before.

Despite the few notable names in the cast it really is Antonio Banderas who carries Acts of Vengeance, appearing in nearly every scene and adding a little charisma to a role that doesn’t really offer up much of a challenge for an actor used to having a bit more meat to tuck into when he’s given the chance. Granted, he’s not getting any younger and Desperado was over 20 years ago but his energetic turn in The Expendables 3, where he was essentially a secondary character, gave him a bit more room to shine and show he still has the chops for these kinds of roles. Robert Forster (Jackie Brown/Vigilante) pops up as Frank’s bitter father-in-law in one scene, which feels totally wasted for an actor with such presence and could have been a bit more impactful if we knew a bit more about their history as his character has a huge grudge against Frank. For what? We don’t know but it feels like there could have been more to explore. 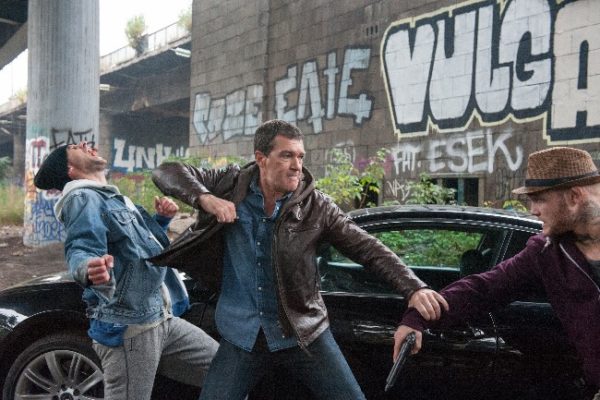 As there could have been with Karl Urban’s character, Strode. The writing is such that the connection between Strode, the cage fighting and what eventually happens to him is never fleshed out satisfactorily, forcing you to make assumptions that director Isaac Florentine and writer Matt Venne don’t provide answers for, and again, his appearance feels a little wasted when there is obviously something there to explore.

But whatever its shortcomings Acts of Vengeance provides enough entertainment and action to keep die-hard fans of direct-to-DVD thrillers happy. The fight scenes themselves are very well shot and Banderas, who is centre stage in most of them, pulls it off with enough skill to look convincing as Frank’s journey takes him from the desk in his office to a vigilante roaming the streets and taking on any number of Russian gangsters who seem to keep cropping up for no real reason. The writing is a bit of a mess as each character and scenario feels a little too disconnected from the actual plot as Frank tries to piece together the events that lead to his tragedy but it isn’t really that much of a stretch to figure it all out and what are you going into a film like this for anyway? Worth a watch for a bit of unmemorable action nonsense but nothing more.