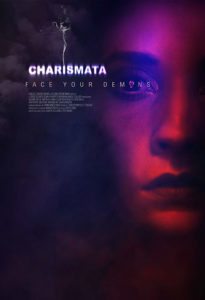 When a troubled police detective (Sarah Beck Mather) gets embroiled in the case of a potential serial killer, whose motivation appears to be driven by Satanism, she struggles to maintain her sanity within a male driven police force as the body count rises. 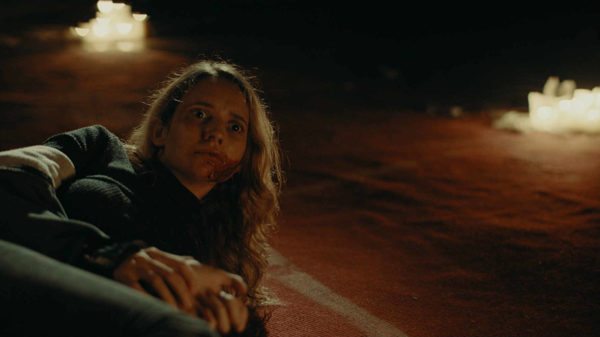 Coming across like an extended episode of The X-Files, Andy Collier and Toor Mian’s occult crime horror feels like one of those films you’d discover late at night on terrestrial television, and stick with largely thanks to Mather’s excellent portrayal of a woman’s descent into a literal and personal hell.

Introduced shrouded in a portentous red light, a warning of the path she’s about to walk, Mather’s rookie detective immediately earns your sympathy. Not only is she exposed to some rather gruesome crime scenes, but she’s surrounded by some equally horrific chauvinistic colleagues. It goes without saying that it feels quite timely, with nobody taking her ideas seriously, and derogatory comments thrown at her, particularly by her obnoxious partner (a wonderfully dickish Adnois Anthony), only adding to her fragile mental state.

It’s this aspect which makes Charismata a recommendation. Some of the best horror films deal with the ambiguity of the protagonists sanity (The Shining, The Sixth Sense), so whether it’s the visions of bodies piled in her driveway, or the way in which she experiences shimmers every time she’s about to see something, you’re never quite sure if it’s the side-effects of her personal problems, which are hinted at but never fully revealed, or exposure to a case in which ritual killings are occurring. It ensures that you go with the film, rooting for her to succeed in this reflection of an oppressive society, right up until its disappointingly silly final beat.

For an independent horror film, Collier and Mian have made a movie that punches well above its weight in terms of the visuals, regularly evoking Se7en, its clever imagery and lighting accentuating the psychological horror of Charismata.

Worth seeing for Beck Mather’s Clarice Starling-lite performance alone, that and the refreshingly jump-scare free approach to the genre, it might not satisfy in terms of the narrative resolution, but as a signifier for talent, it’s a calling card worth investigating.

Charismata will screen at the East London Film Festival on April 26th 2018.