Mathieu Missoffe is a French writer who has been working in the French television industry since the mid-2000s. His latest creation is the serialized crime drama series Black Spot, or Zone Blanche, which follows the lives of a local police department in the small town of Villefranche.

Flickering Myth has the privilege to interview him, and I in turn had the honor to conduct it. Be warned that the interview does spoil the ending of the pilot if any readers are interested in checking out the series. 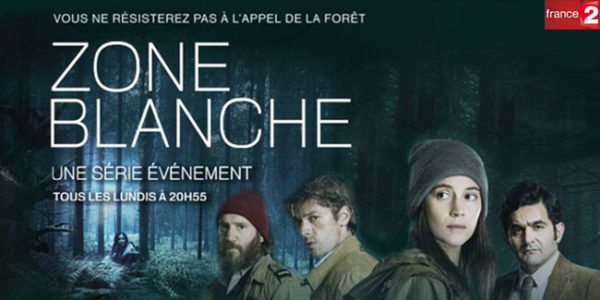 Congratulations on the success of Zone Blanche. I don’t know how the industry works in France, but here in America most shows are lucky to get renewed after one season.

Thank you. We’re very lucky, through the Amazon Video service, to be able to find an audience internationally. Did you see the show?

I saw the pilot. I plan on seeing the rest of the show eventually as I really enjoyed it, but for now it’s on my to-watch list.

*Laughs* That’s the case with everybody. There are so many shows these days.

Well you know, I read an interview you did where you talked about how streaming services have had a huge impact on international shows in terms of finding new markets. What’s your relationship with Amazon been like since they acquired the rights to distribute Zone Blanche?

We have a French network that’s handling all the development and production locally, but I really think Black Spot has the universal potential to appeal to people anywhere. So, I feel very fortunate and happy that Amazon can distribute it.

Oh okay, that’s interesting to hear. I have two quick questions if you wouldn’t mind answering them.The first is, the show is called Zone Blanche, which translates to white area. However, the English version of the title is Black Spot. I’m just curious, what caused the color change?

*Laughs* That was coordinated by the international distribution team who came up with that translated title. I feel that one of the proper translations for Zone Blanche would be “Dead Zone,” meaning a phone signal that is unable to connect. But I guess The Dead Zone is already taken right? *laughs* So they had to come up with something else. And that’s how it ended up becoming Black Spot. I’m not sure what a Black Spot really is for you guys. But again, the distribution people did their homework in determining how to translate the title.

I’ve heard dead zone, but not black spot, though it could be a regional thing. Anyway, my second question is, and I apologize if you’ve been asked this a lot, but I just have to know: was Twin Peaks an influence on Zone Blanche?

I wouldn’t say it’s a real influence on the show. It’s visually an influence. As you can see, even in the pilot, we blend a number of styles, the western on one side, the Scandinavian feel on the other, and the Twin Peaks vibe is another aspect. But there’s no point in trying to channel David Lynch because only David Lynch can do that! *laughs*

That character that you see in the beginning, Franck Siriani, shares a number of DNA elements with Agent Cooper from Twin Peaks, but on the other hand he’s also a very classic archetype. You know, a stranger that comes into a town. So I don’t know if there’s a big Twin Peaks connection. I know the directors have a lot of fun with it, which is why we end up with a little stranger atmosphere. But I think if you watch the whole season, the show finds itself and is nothing like Twin Peaks.

It’s impossible to do a small town, strange, atmospheric drama without going back to Twin Peaks. I think that, even unconsciously, it has to be somewhere in your mind.

I apologize if I implied that this was a rip-off of Twin Peaks. It is a completely different show.

No no, it’s a good question! Yeah, it’s impossible to not notice it. I get it. 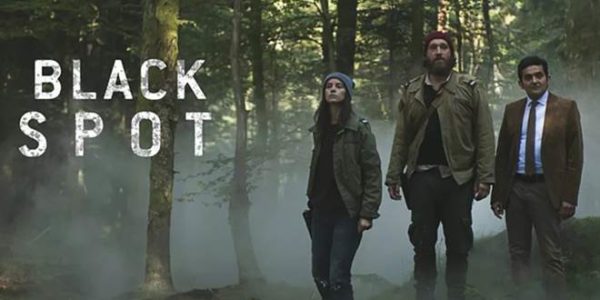 Thank you. So you mentioned the fish out of water character, played by Laurent Capelluto. And I found it interesting that you chose to make that archetype the head prosecutor. Usually in detective fiction that character is reserved for like a new recruit or a recent transfer. Why did you decide that the bureaucratic position should be the fish out of water?

You’re right in that there was a more obvious choice. But all the characters in the show are defined by their relationships to their community and their environment around the town, mainly the forest in this case. And I wanted this guy to be so far from everything. He started very far from belonging to anything, so that’s why he’s allergic to pretty much everything. That’s why, as you mentioned, he’s a bureaucrat stuck in a place where nothing makes sense. People don’t really follow the rules because they’re surrounded by this forest and they have different institutions and all that.

So it was interesting to me to have someone who really stands for everything that doesn’t make sense in that small town. In a way they’re all crazy, but in that area it’s consistent: that’s where the new normal is. So he ends up being the twisted element as opposed to all the others.

That’s an interesting point. From where he comes, he’s the normal person, but here’s it’s a complete role-reversal.

I have to say, one thing I quickly noticed in the pilot was just how gorgeous the cinematography and mise-en-scène of the show was. It reminded me a lot of Roger Deakins work, who just won an Oscar for Blade Runner 2049. What were some of the influences for that desaturated, bluish, Twilight look you chose to bathe the show in?

You know, it takes a number of years from development before you actually shoot the show, so during all that time it was just the writers and the producers, and we were discussing images. It’s very easy on paper to say “and then the forest has to be its own character, and then it’s going to be like a western.”

But then, when it came to actually shooting it, that’s where we were very fortunate to have these two directors, Thierry Poiraud and Julien Despaux, as well as DPs [Director of Photography] Christophe Nuyens and Bruno Degrave. They really put a lot of effort into trying to come up with the right reference material.

And we’ve had reference shows for the look, whether it’s Scandinavian shows or The Killing, especially the American version which I really like. We talked about Twin Peaks, we talked about Fargo. These are all shows that have different lighting and different graphical grammar, but they all invested a lot into building their own visual identity. And we really wanted to highlight images and framing, and a lot of it comes from the western structures and influence.

But that’s really the talent of our directors and DPs who built that whole visual work.

No, that’s interesting. I mean a lot of those shows shoot in Vancouver, so they’ve really developed a Canadian influence. But one thing I really loved about the pilot for Zone Blanche was how unconventional it was with the plot. You think it’s going one way, but at the snap of the fingers it changes to something else. The most interesting thing for me in the pilot was the revelation that it wasn’t the mayor’s daughter who was pulling on the chains, but actually Major Weiss in a flashback. Was that a conscious decision on your part to say “we’re not going to follow established police procedural storylines, we’re going to play with the viewer’s expectations”?

Yeah, it was one of the original challenges that I wanted to play with. There are so many crime shows out right now, whether it’s procedurals or case-of-the-week kind of shows or more serialized crime dramas. Every time you set out to make a new show you have to find a way to play with those established tropes. So most episodes in Zone Blanche are mystery-of-the-week, but they all relate in one way or another to an overall plot. And it was very fun to do those flashbacks, like the one at the end of the pilot.

I know we’re asking a bit more than the usual of the audience, but I think that’s needed right now when you’re dealing with a mythology-heavy show. The audience has to be engaged to connect the dots. Especially with binge watching, it makes sense since that people who watch the show in a narrow window of time are able to connect the dots easier. I think it’s harder if you watch the show on a weekly basis. 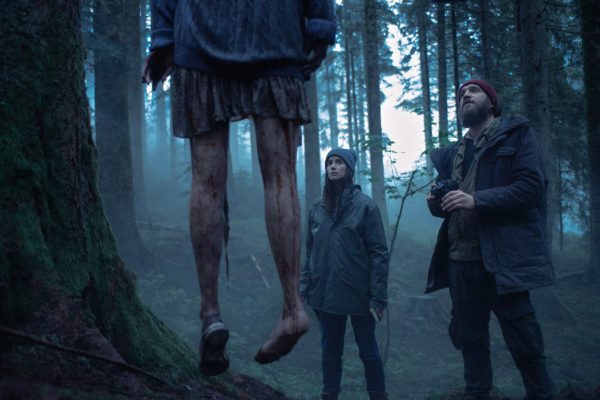 Well it’s interesting that you mentioned the difference between a weekly show and a streaming service format. Obviously the former came from the old episodic serials where you didn’t need to watch the previous episode to get into a show. But I’ve always wondered how the availability of streaming affects you as a storyteller. Do you consciously realize that, okay, since you have to adapt to a weekly standard you should make the show differently. Or do you go with your original vision and hope that audiences are able to pick up the pieces?

In this case, I knew I’d have these constraints. I knew it would be a weekly show. But I also knew that this was the old model: one day the weekly format is going to stop. So I really wanted to experiment by having all these subplots in the show that it would feel like watching every episode would build up to something.

So it’s kind of a hybrid structure right now, with some individual plots for each episode and then a red line across the whole season. And I guess that, if I do my job properly, then it can become an identity element for the whole series. I know that if I was doing it exclusively for Amazon I would do it differently, and if I was doing it for a local French channel I would make it more close-ended. But I think it works well as it is. It’s kind of cool because you kind of have two shows combined.

And I can tell you as a viewer that I went into Zone Blanche thinking it would be another police procedural, but finished the pilot feeling differently. Not only does it play with your expectations, but because of how brooding the atmosphere is and how isolated the community is, you really feel like you’ve been transported to another world. You did such a fascinating job on that part. So thank you for your time Mr. Missoffe and thank you for creating this show. I’ll be sure to check out the rest of the series!

Thank you as well and have a good one!

Flickering Myth would like to thank Mr. Missoffe for talking with us. U.S. and British audiences can check out Zone Blanche or Black Spot on Amazon’s streaming service.