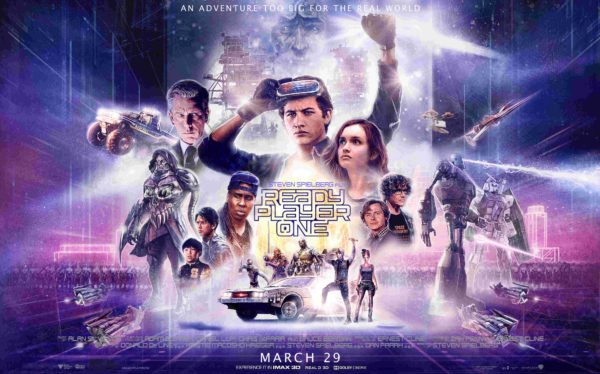 Steven Spielberg’s adaptation of Ernest Cline’s Ready Player One has enjoyed a healthy debut at the global box office, pulling in $181.3 million worldwide.

Domestically, the pop culture sci-fi grossed $53.2 million across the Thursday to Sunday period to take top spot ahead of Tyler Perry’s Acrimony, and pulled in a further $128 million from international markets, including a hefty $61.7 million in China.

Not accounting for inflation, Ready Player One has given Spielberg his fourth biggest domestic debut after Indiana Jones and the Kingdom of the Crystal Skull ($100 million in 2008), The Lost World: Jurassic Park ($74 million in 1997), and War of the Worlds ($64 million in 2005), although its Fri-Sun haul of $41.2 million wast bested by 1993’s Jurassic World on $50 million.

SEE ALSO: Steven Spielberg’s involvement allowed Ready Player One to be crammed with pop-culture references, according to writer Zak Penn