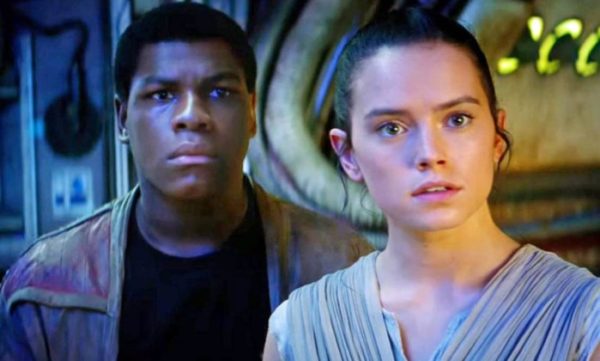 After spending the vast majority of Star Wars: The Last Jedi off on their own individual adventures, John Boyega has confirmed that Rey Finn won’t be separated for the final chapter of Disney and Lucasfilm’s Star Wars Sequel Trilogy.

“I haven’t read the script for Star Wars: Episode IX. But Daisy Ridley did shoot me a text saying, ‘Oh my gosh, I just heard from J.J. Abrams, and we’re back together,'” Boyega tells Slash Film. “That’s what I’m really excited about, is Finn and Rey back together again.”

Boyega has previously commented that he would like to see romance blossoming between Finn and Rey in Episode IX, presumably breaking poor Rose Tico’s heart in the process.

Star Wars: Episode IX reunites Boyega and Ridley with Star Wars: The Force Awakens director J.J. Abrams, and is set to go into production in July ahead of a release on December 20th 2019.