RoboCop returns to comic books this coming Wednesday courtesy of Boom! Studios, which launches the new series RoboCop: Citizens Arrest. Check out a preview of the first issue here… 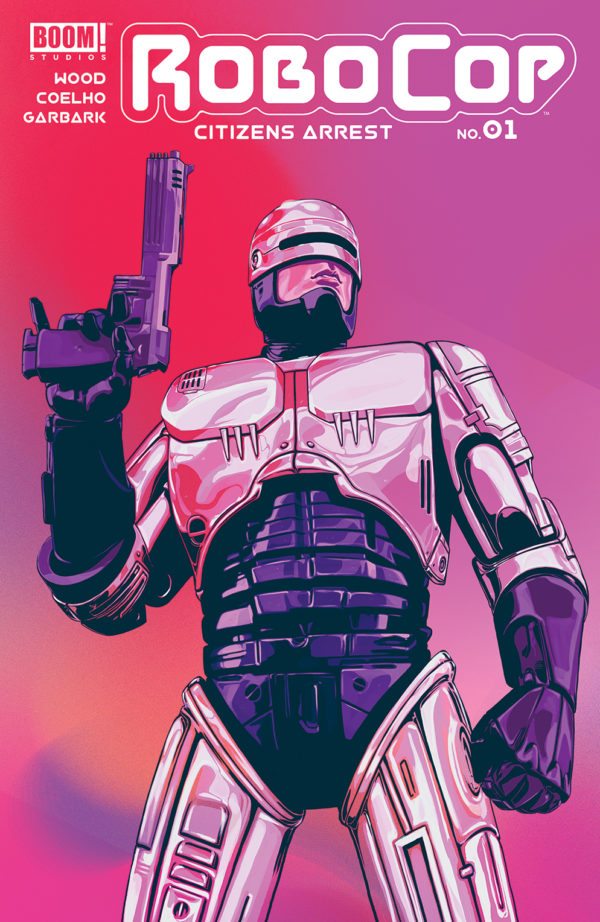 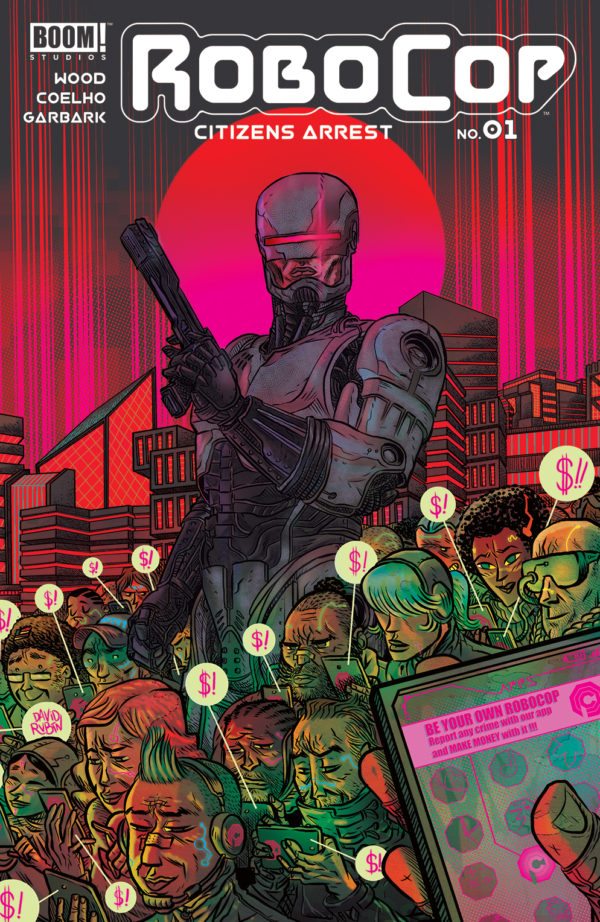 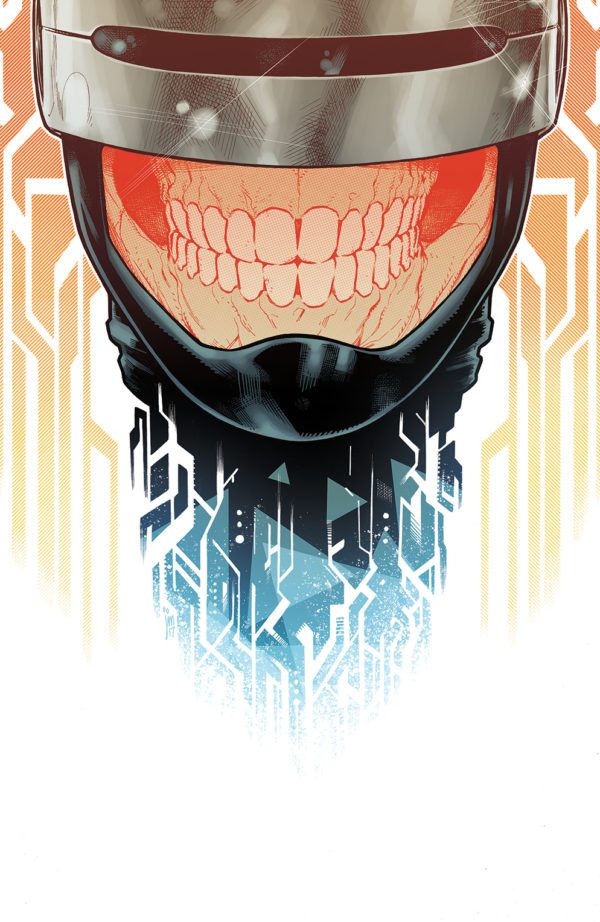 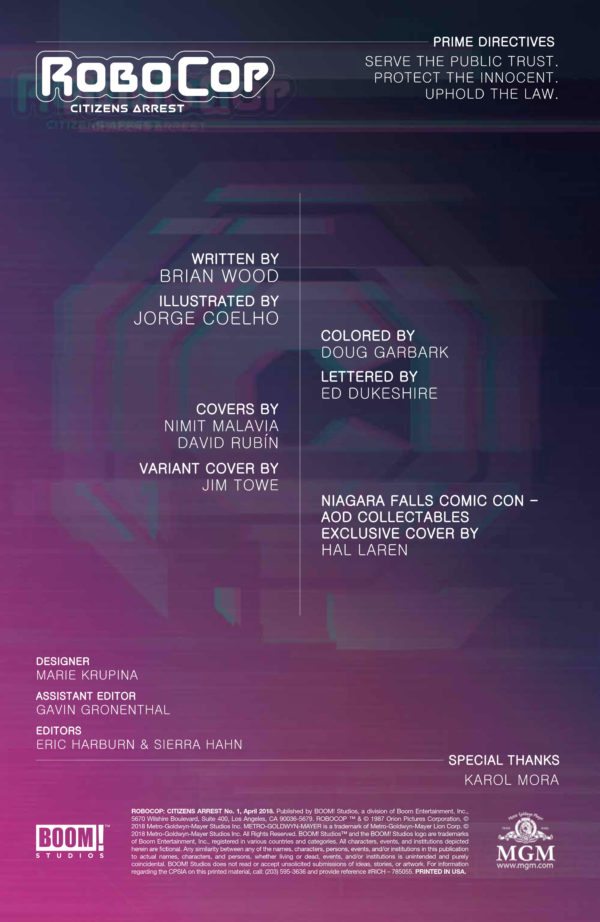 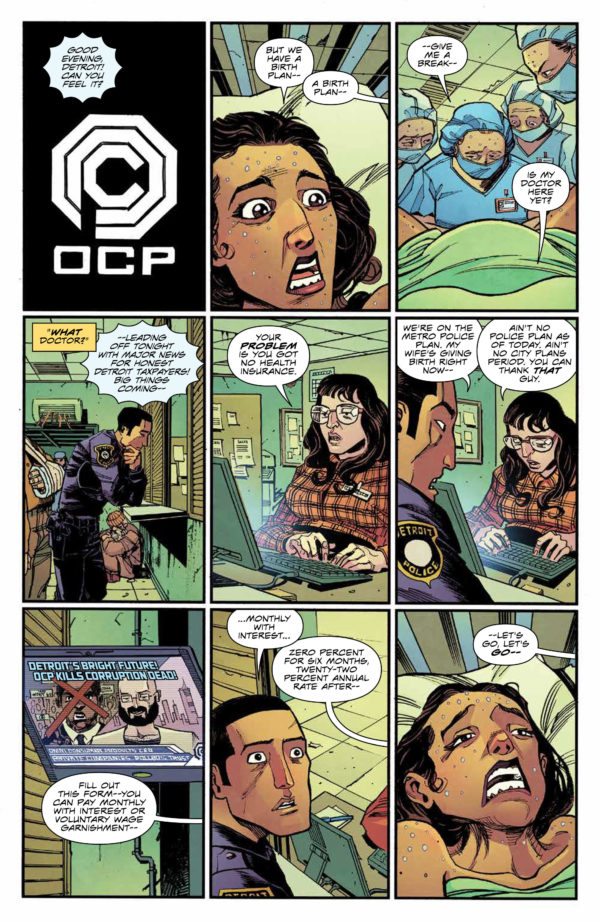 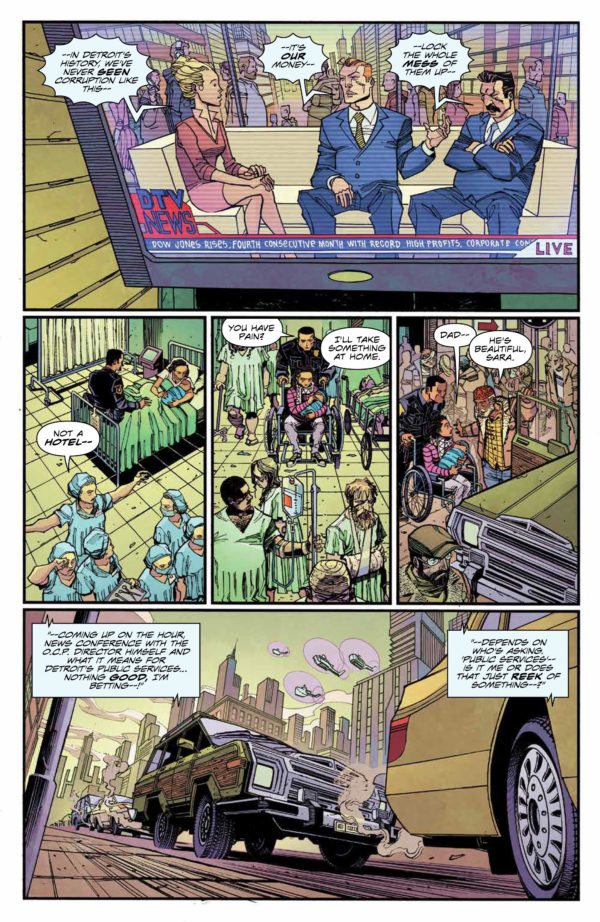 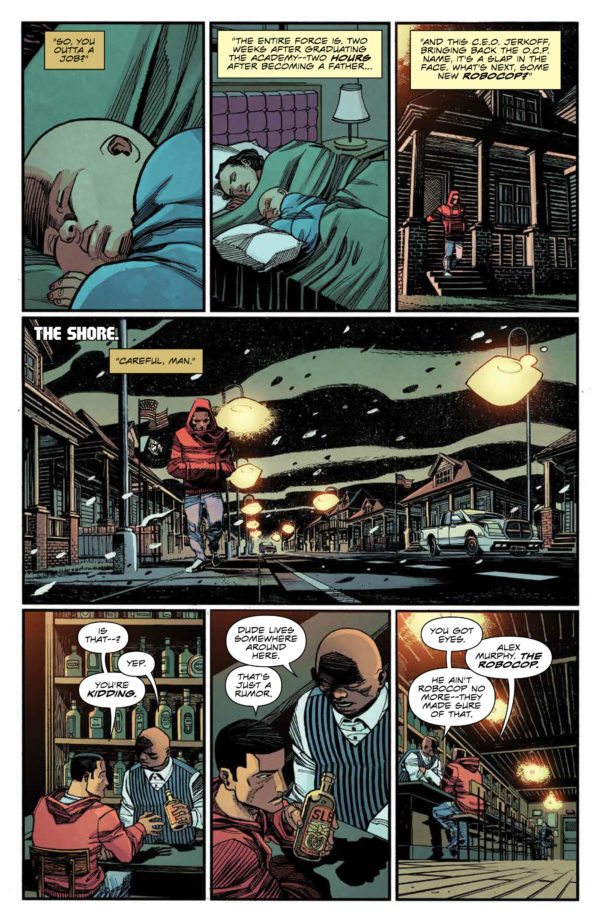 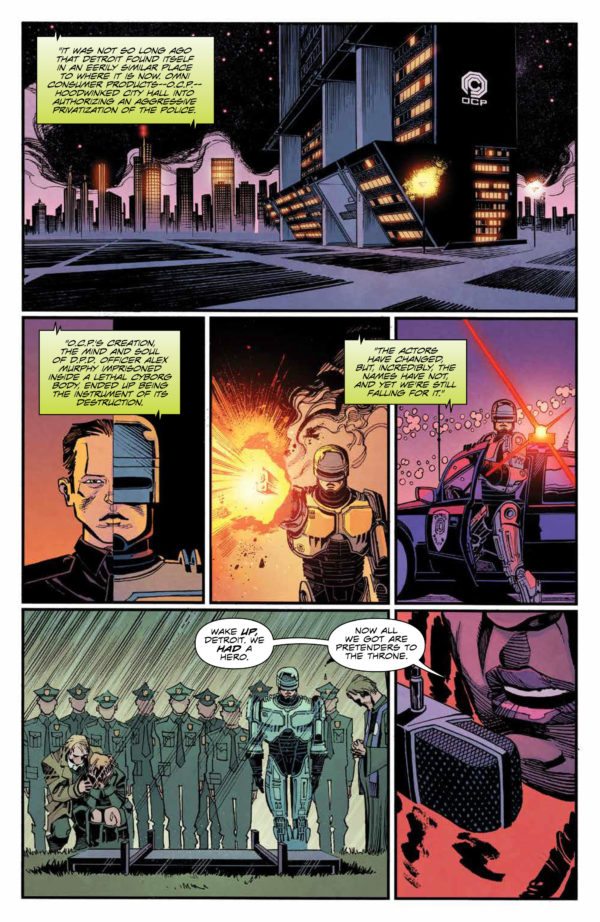 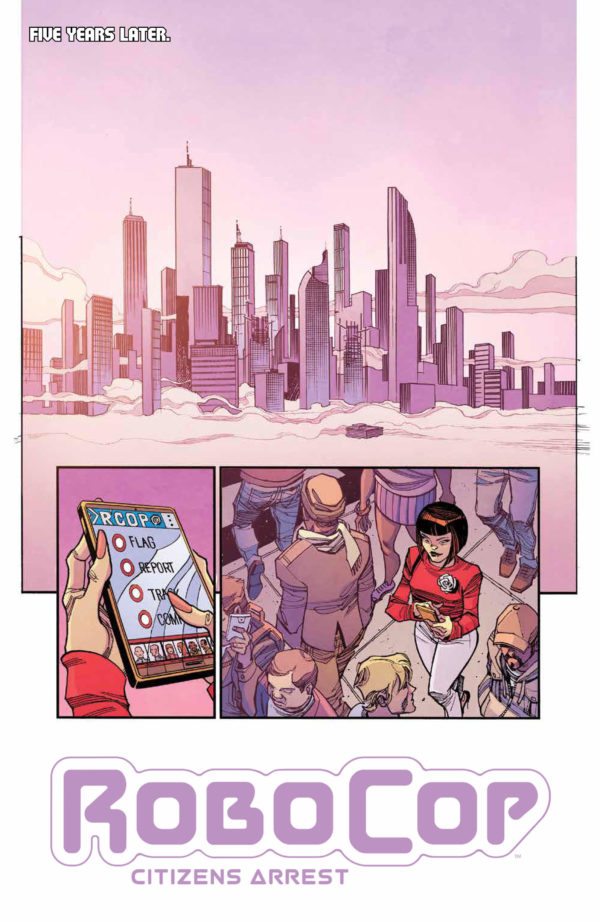 Brian Wood, the visionary writer behind DMZ and Briggs Land, and Jorge Coelho (Venom, Rocket Raccoon) present a provocative vision of a future where justice is crowdsourced… and lethal.

It’s been decades since the RoboCop program first began. Corporations have taken over the schools and the government—and law enforcement is the biggest private contract of all.

Traditional police forces no longer exist as all citizens are encouraged—and rewarded—to spy on their neighbors. There is only one authority on the streets: ROBOCOP.