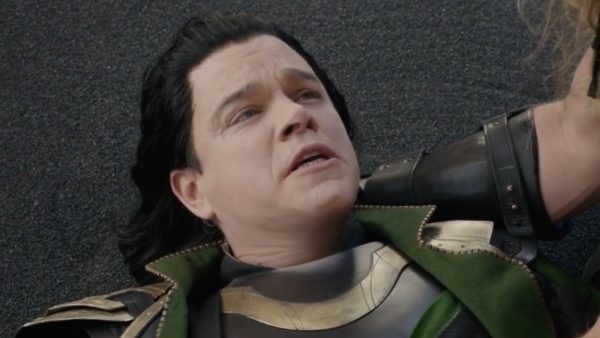 After making a brief cameo in last year’s Thor: Ragnarok as an Asgardian actor playing Loki, it seems that Matt Damon may have turned down the opportunity for a return to the Marvel Cinematic Universe in a much bigger capacity.

According to The Tracking Board, Damon had emerged as Marvel and Sony’s top choice for the villain role in 2019’s as-yet-untitled Spider-Man: Homecoming sequel, but the actor passed on the opportunity.

As yet, we have no idea who Tom Holland’s wall-crawler will be going up against in Homecoming 2, but it has been reported that Marvel is considering actors of any ethnicity and gender for the lead antagonist.

All we know for certain about the Homecoming sequel at present is that it will reunite Tom Holland with director Jon Watts. If rumours are to be believed, Gwen Stacy will also feature, as could Jessica Drew, a.k.a. Spider-Woman.

Filming on the sequel is scheduled to begin in June, with the film then launching Phase Four of the Marvel Cinematic Universe when it opens on July 5th 2019.