Rick Dickinson the award-winning British designer has sadly passed away.  Rick was the genius that, amongst other things, brought to our homes – in the 1980’s – the iconic ZX80, ZX81 and ZX Spectrum.  Gathering numerous awards, he continued his passion and only recently was working on the upcoming machine the ZX Spectrum Next. 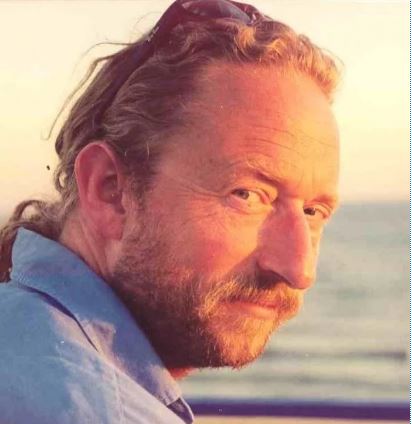 Rick passed away in Texas, US after a long illness.  His wife – Lizzy Dickinson – emailed out to Urs Koenig, who has recently posted this email on the Sinclair QL forums for others to pass on the condolences.  It reads :-

With the hugest hole in my heart and a sadness I can’t being to understand, the wonderful person known to many as Rick the Viking, opened his wings and started on another journey on Tuesday 24 April. And sadly I am not yet able to join him, despite wanting so much to be with him.

I know that this will come as a shock to many as we had not been open about his health issues, preferring rather to deal with them in private, even from both of own families until fairly recently. Rick was diagnosed with cancer in 2015 and despite successful treatment in 2016, he became unwell again in early January 2017. I am sure some of you may have guessed something was not quite right, and to those of you that perhaps did not understand why we became less and less social during 2017, I hope now you can understand that this was in no way a reflection of our friendship with you but rather circumstances dictating what he was or was not able to do.

We have been at a specialist clinic in America – Texas to be precise – since the end of March undergoing complimentary treatment as a last attempt at hoping to heal him when he passed away quickly, without warning having collapsed in the apartment we were rented here. He was in no pain and surround by huge love from the amazing people that have become firm friends here – that Texan southern hospitality truly was – and continues to be – laid at our door. Rick will be cremated here in Texas and I will travel home with his ashes once the paperwork is sorted probably at the end of next week.

And, rather than a traditional funeral (which you know is really not his style) his much loved daughters that he was so proud of – Grace and Daisy – and his mother Ursula and I will be planning for a celebration of his life where we can all get together and remember him with love, laughs, smiles, anecdotes and a few beverages. I will of course let you know details once we have finalised plans.

Please also do pass on this email to any that you feel may wish to know; Rick had many, many friends across the broad spectrum of his work and interests and I have tried to find as many emails as I can from his computer but am sure I have left some out.

And can I ask that – for the time being – please don’t call as I simply can’t face talking right now, but I would dearly love to receive your messages, emoticons and any photos or memories you wish to send of the person who was – simply – the wonderful Rick, love of my life.

And please take 5 minutes , raise a glass or 10 , and think about the beautiful Rick, the one and only Viking and all the good times we have all had with him. As they always say – but I do believe – he is watching over us and sends love to you all and is only sorry that he was not able to see you all before he left.

Back in August 2016, I to managed to grab a few words with Rick.  Rather cheekily I messaged him on Twitter out of the blue, expecting either to be ignored or to be put squarely in my place.  However, instead I received an interview from a true and honest person. A person who at no point made you feel he was on a higher pedestal than you.

If you’d like to read that interview with myself and Rick Dickinson then go here.

As said above Rick Dickinson was currently working on the ZX Spectrum Next and the news only recently broke that the full plastics – for a complete machine – were finally being produced, after a manufacturing issue beyond their control.  Rick has left the community with a brand new, beautifully designed machine and I’m sure once we get it on our desks we shall be raising a glass to him.

From all at Flickering Myth thanks for memories Rick and Rest in Peace.