Titan Comics has announced that it is celebrating the 50th anniversary of The Beatles’ classic animated film Yellow Submarine with the release of a fully authorised graphic novel adaptation from writer and artist ill Morrison – artist on The Simpsons comics and current editor of the famous Mad magazine. 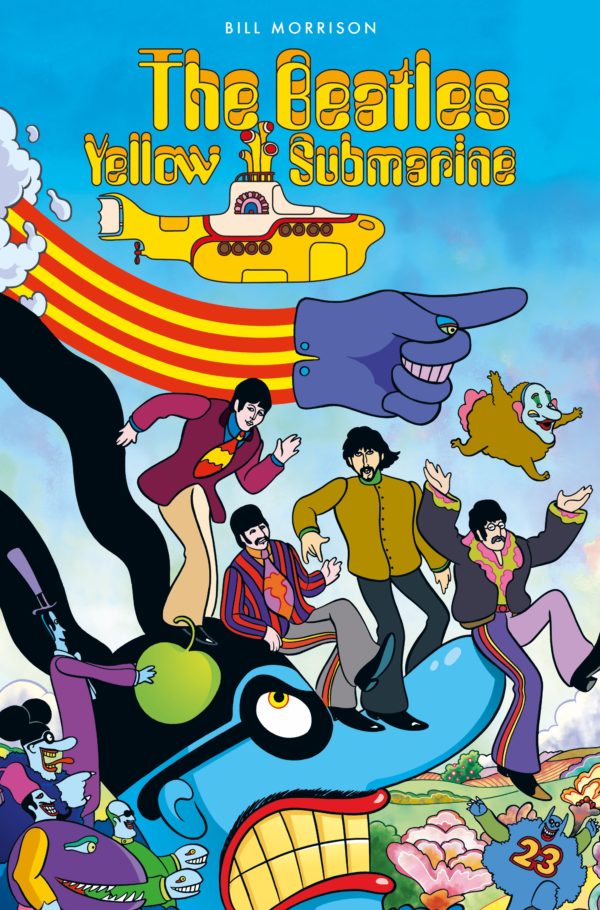 The Beatles are recruited by the Captain of the Yellow Submarine to help him free Sgt. Pepper’s Lonely Hearts Club Band, and the world of Pepperland from the music-hating Blue Meanies.

The music-loving, underwater paradise of Pepperland has been overrun by the music-hating Blue Meanies and their leader, Chief Blue Meanie. They turn the people of Pepperland into living statues by dropping apples on them and imprison the Pepperland’s guardians, Sgt Pepper’s Lonely Hearts Club Band inside a soundproof blue glass globe, before confiscating all the music instruments in the land. Pepperland’s mayor sends aging sailor, Young Fred out in the fabled Yellow Submarine to find help. He travels to our world where he stumbles across the Beatles and begs them to help him free his world. They agree and head back to Pepperland, teaming up with Jeremy The Nowhere Man along the way to help overthrow the evil Blue Meanies through the power of music and love

The Beatles Yellow Submarine will go on sale on August 7th 2018.