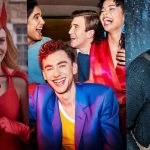 Liam Hoofe with his top 10 limited series of 2021… In a year where most of us have still spent more time in the house than we would have liked,  television and streaming services have been our best friends. From surprising hits like Squid Game to returning favourites like Succession, most of us have consumed […] 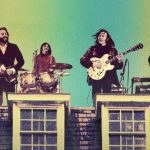 Chris Connor reviews Peter Jackson’s The Beatles: Get Back… Following its announcement in 2019, Peter Jackson’s Get Back chronicling the infamous recording sessions for The Beatles final album Let It Be has had fans in a whirlwind of excitement.  Drawing from 60 hours of video footage and 150 hours of audio, the project uses footage […] 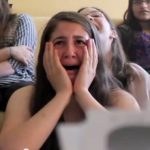 I Used to Be Normal: A Boyband Fangirl Story, 2018. Directed by Jessica Leski. SYNOPSIS: An exploration of boyband fandom, driven by the stories of women from four different generations. There are few groups of people more unfairly maligned for what they love than teenage girls. Society absolutely loves to look down its noses at […] 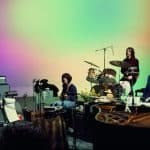 Peter Jackson has offered up an early Christmas present for fans of the Fab Four with the release of a five-minute sneak peek at The Beatles: Get Back, a new documentary assembled from never before seen footage shot in 1969 during rehearsals for The Beatles’ proposed Get Back album. “We wanted to give the fans […] 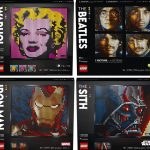 The LEGO Group has officially announced its new LEGO Art theme, with the first four pop art-influenced offerings set to feature Andy Warhol’s Marilyn Monroe, The Beatles, Marvel’s Iron Man and Star Wars’ The Sith. “We know adults are always trying to destress after a day at work, and we thought, what better way to […] 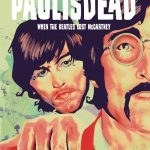 This coming week sees the release of Paul Is Dead, an original graphic novel from Paolo Baron and Ernesto Carbonetti which explores one of the biggest conspiracy theories in music history – the “death” of Paul McCartney during the height of The Beatles’ popularity; check it out here courtesy of Image Comics… November 1966. London. […] 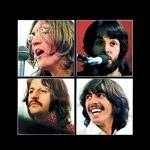 Following on from 2018’s They Shall Not Grow Old, filmmaker Peter Jackson returns to the documentary genre this year with The Beatles: Get Back, and it has been announced this week that Disney has acquired the worldwide distribution rights to the film and will release it this coming September. “No band has had the kind […] 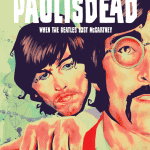 Image Comics has announced the upcoming release of the speculative fiction graphic novel Paul Is Dead from creators Paolo Baron and Ernesto Carbonetti, which takes place in November 1966 and explores the the most popular conspiracy theory in music history – the supposed death of The Beatles’ Paul McCartney. John Lennon can’t speak, he can’t […] 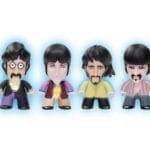 Titan Merchandise has announced a new wave of Titans vinyl collectibles based upon The Beatles’ ultra-psychedelic cartoon classic Yellow Submarine, which includes the Fab Four in their movie costumes along with a Blue Meanie, a Smiley Yellow Submarine, and a Fab Four-Pack featuring alternate glow in the dark costumes. Take a look at the promotional […] 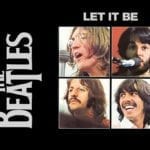 Peter Jackson has announced that he is set to follow up his acclaimed World War I documentary They Shall Not Grow Old with a new project based around The Beatles, which will be assembled from 55 hours of never-before-seen footage of the Fab Four from January 1969 during the recording of the 1970 album Let […]