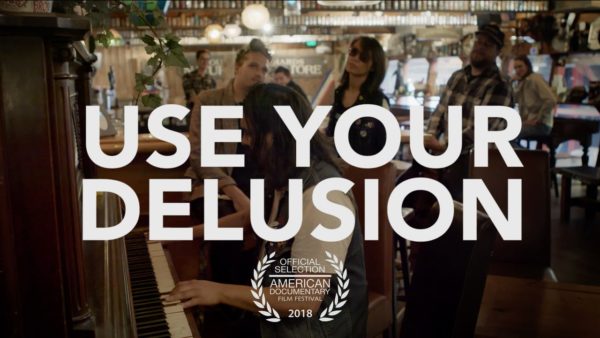 Coinciding with its premiere at the American Documentary Film Festival, we’ve got an exclusive clip from Jamie Vega Wheeler and Justin Carlton’s documentary Use Your Delusion, which follows Ryan Kattner, the former front man from the experimental rock band “Man Man”, as he embarks on his first ever opening act tour under the new solo stage name Honus Honus. Check it out here or watch it over on our YouTube channel…

Man Man frontman, Ryan Kattner, didn’t want to be sleeping on hotel room floors 15 years into making music, but he doesn’t have a choice. Starting over as an opening act under the name Honus Honus, he searches for the joy in making music with the people he loves. This enduring task is a hustle, and pressure for any kind of success looms in each new city and on each new stage, as he tries to win over an audience-one song at a time.