Pim Razenberg on the changes in Saudi Arabia’s cinematic landscape…

What was the first movie you ever watched in theatres? Was it a family friendly animated film, or the action-packed blockbuster your father really wanted to see? For me, it was most probably Walt Disney’s Snow White and the Seven Dwarfs in 1991. At the cuddleable age of four, me and my two older sisters were granted with something that has become increasingly rare in the modern world: the cinematic re-release of classic films. Over the course of a few years, our local cinema showed many of the films from Walt Disney’s Classics library, ushering us into the world of cinema. 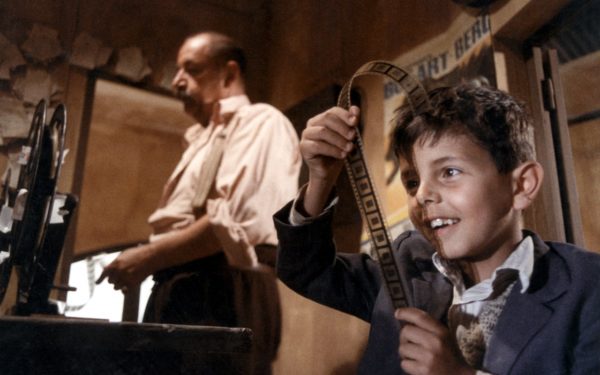 What we experienced as children, others could only dream of. In 1980’s, in the heart of the Middle East, the government of Saudi Arabia decided to put an end to cinema. At the time, the country had some improvised movie halls, which screened Egyptian, Turkish and Indian films, but they did so without government authorization. According to the Saudi government, cinema was deemed un-Islamic on grounds of the country’s legal system, which is firmly based on the Islamic Shari’a law derived from the Qur’an. Among other things, Shari’a law prohibits gender mixing, listening to music and the public exposure of women, making it difficult for film finding a place within Saudi society. All but one of the country’s film theatres were shut down; the IMAX theatre in Khobar that did remain open only showed only educational films.

In the early 2000s, over two decades after the nationwide closure of cinema’s, Saudi’s Minister of Culture and Information Iyyad Madani submitted a request to once again open a movie theatre in the country. Though his request was met with strong opposition due to the influence of Saudi’s religious authority, polls concerning the request indicated that 90% of Saudi’s population agreed to the opening of new movie theatres. The request was eventually denied, but it wasn’t the definitive end of cinema in Saudi Arabia: in 2006, the first Jeddah Film Festival was hosted in the country, showing both local and foreign films. The festival received no government authorization and ran for only three years, until it was banned in 2009.

Meanwhile, the country had begun to produce its own films. Under the wings of the Rotana Group, a large Arabic entertainment company owned by Saudi Prince Walid bin Tallal, film director Izidore Musallam managed to shoot the first big-budget Saudi film, titled How are You? in 2006. Starring the country’s first actress Hind Mohammed, but filmed in the United Arab Emirates, the film was only a small step towards a more liberal stance on cinema. Despite being the country’s first big film production, How are You? was only shown to Saudi audiences through pay-per-view television. To see films in an actual movie theatre, Saudis still had to travel abroad.

It took another three years before a film was shown with government authorization. After a campaign advocating the screening of the Saudi-produced comedy Menahi, the film was shown in conference rooms in Riyadh to select audiences consisting of men and children up to twelve years old to avoid gender-mixing. The fall-out of the screening, however, caused an even stricter ban on cinema, leading to the aforementioned ban on the Jeddah Film Festival. 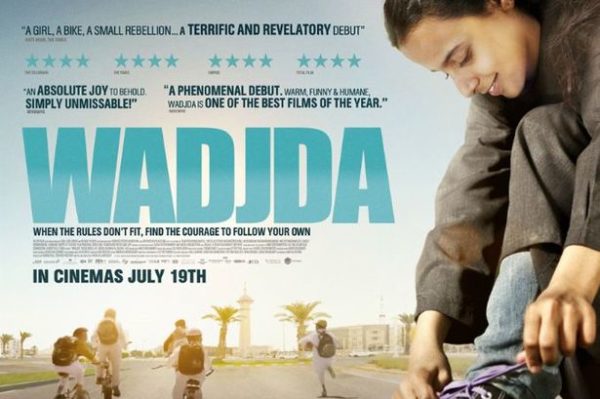 One of Saudi Arabia’s film industry’s most recent successes was the light-hearted comedy-drama Wadjda, detailing the efforts of a young Muslim girl to gather enough money to purchase a bicycle. It took director Haifaa Al-Mansour five years to make the film: since the country had no film industry to speak of it was difficult to find financial backing. Al-Mansour disclosed to the Financial Times that she eventually received backing from the Rotana Group, but this still left her with the difficult problem of getting permission to shoot the film in Saudi Arabia itself. In spite of the hardships she faced, Al-Mansour succeeded in her goals. Wadjda became the first Saudi film to be shot in its entirety in the country itself. Due to the strict Shari’a law in the country, however, Al-Mansour often had to work from the back of a van while filming Wadjda, as social rules dictated she was not allowed to be seen in public with the male members of her crew. Al-Mansour’s film went on to become Saudi Arabia’s first official submission for the Academy Awards.

Five years after Wadjda’s international success, negotiations finally began to once again allow cinemas to open in the country. Over the years, several advantages concerning the re-opening of cinemas had been pointed out by those who enforced the idea, such as the artistic value of film, the creation of new jobs and the economic benefits of a flourishing film industry. This eventually won the government over to re-establish a national film industry. In doing so, they would also reduce Saudi Arabia’s economic reliance on oil.

After several months of negotiation, on 11th December 2017, the country’s current Minister of Culture and Information, Dr. Awwad S. Alawwad, announced that Saudi Arabia would allow the opening of cinemas for the first time after 35 years as part of its Saudi Vision 2030 initiative to stimulate the Saudi Arabia’s economy. New movie theatres would be built to showcase typical Hollywood blockbusters deemed “culturally sensitive” by the government. The Jeddah Film Festival was renewed – this time with government authorization – and showed The Emoji Movie and Captain Underpants in January 2018. Still a deeply conservative country at heart, the films were chosen for their inoffensiveness. Future movies that were to be shown in the country would be subjected to censorship in accordance to Saudi Arabia’s cultural values.

What movies such as Snow White and the Seven Dwarfs were to us as we opened our eyes to the magical world of cinema during our childhood, the already world-dominating Marvel Cinematic Universe is now doing for Saudi Arabia’s new-born movie-going audiences. Just imagine those born in the 1980s; for them, at the ages of 28 to 38, Black Panther and Avengers: Infinity War will actually be the first films they get to see on a big screen… An extremely foreign idea for us, growing up watching and re-watching all of our favourite films on the silver screen.

I’m very curious were Saudi Arabia will go next. What films will be shown in Saudi theatres the next few years? And will their national film industry start producing more cinematic gems such as Al-Mansour’s Wadjda? Personally, I can’t wait to see what the country’s film makers have to say now that their government has taken a more liberal stance of cinema… Either way, I welcome Saudi Arabia to the wonderful world of film!

What was the first film you saw in cinemas, and how old were you at the time? Can you imagine living in a world without cinema? Let us know in the comments below…