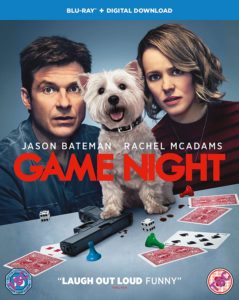 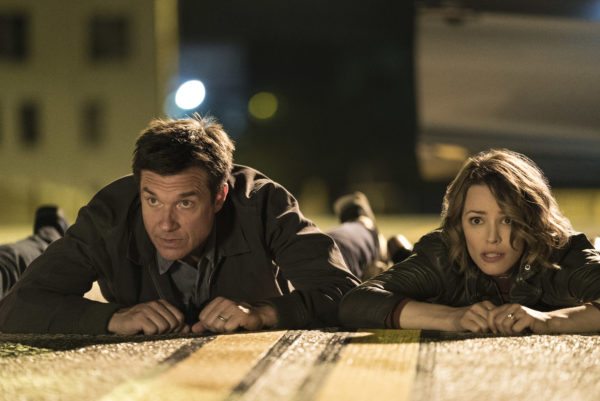 Every now and then comes a comedy that breaks from the mold of the genre by offering audiences something a little new and fresh. Game Night is one of those films and succeeds in blending together the action and comedy genres into an entertaining and hilarious film with a great ensemble cast that is very well made by directors John Francis Daley and Jonathan Goldstein.

The film follows Max (Jason Bateman) and Annie (Rachel McAdams) and their group of friends on their weekly game night. With his brother Brooks (Kyle Chandler) back in town, Max wants to take this opportunity to beat his brother at game night once and for all, but it quickly spirals out of control when the planned murder mystery turns into an actual kidnapping as Brooks nefarious dealings come back to haunt him. 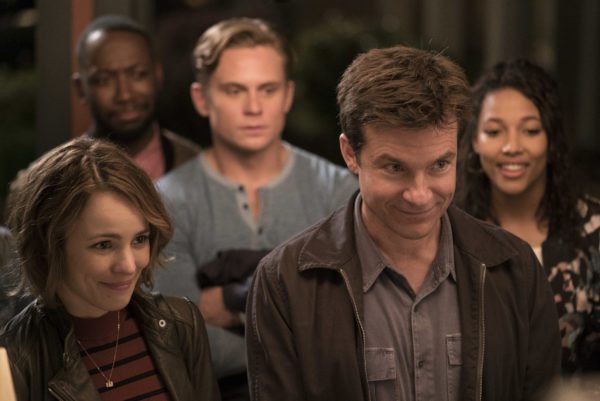 Right from the beginning, Game Night fires on all cylinders and doesn’t let up. It is very funny and has a nice balance of light and dark humour to the mix as the story progresses. What is most impressive about the comedy is that nearly none of it feels forced, but evolves organically as the situations become more absurd. There are a couple brief comedic beats that are a bit stretched, but aside from those moments everything works very well.

The cast assembled is great together and really shows off their chemistry well. Bateman and McAdams in particular share a nice back and forth with each other as the married couple obsessed with games. Bateman is no stranger to comedy, but this is the first time McAdams has really allowed herself to let loose on a comedy film given her history in drama. She does very well in Game Night and steals most of the show, particularly when she does a Pulp Fiction impression and holds a bunch of thugs at gunpoint. She’s out of her normal wheelhouse, but her comfort in this role shows throughout the film.

The rest of the ensemble do well with some other highlights including New Girl‘s Lamorne Morris, Kylie Bunbury and Kyle Chandler. Of the supporting cast, however, Jesse Plemons is the next after McAdams to steal several scenes as the deadpan, eloquent and at times creepy neighbour Gary. Plemons plays Gary as if he has no idea he’s in a comedy film, making it all the more fun as he interacts with the cast as the game night gets increasingly out of hand.

One of the most impressive aspects of Game Night, however, is its cinematography. Daley and Goldstein do an excellent job shooting the film, giving it an energy with its camera movements and shots that many action comedies, much less comedies in general, have. One particular scene is a one-take chase sequence through a mansion that is really impressive is it follows multiple characters throughout the house in tight hallways and rooms. The car chases themselves are well filmed and tense and the fights, both the physical and shootout variety, are well choreographed with clear imagery.

The blu-ray itself unfortunately doesn’t have much in the way of bonus features. There’s a 7-minute gag reel that is funny to see, but the only other feature is “An Unforgettable Evening: Making Game Night’, a barely 4-minute feature with the cast about how they approached this film and their characters. It does offer some interesting insight, but doesn’t scratch the service given its short length. This blu-ray could definitely have benefited from a commentary track with Daley and Goldstein and it would have been cool to see how they made some of those action scenes, especially that one-take sequence.

While the blu-ray’s features are a bit disappointing, Game Night is still worth it for audiences who want something new and refreshing in the comedy genre. The cast is great with McAdams and Plemons clear standouts and Daley and Goldstein perfectly blend together the action and comedy genres for a satisfying and entertaining film.