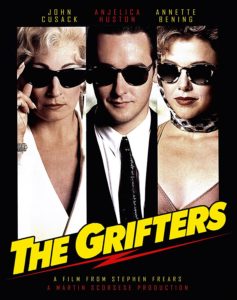 A small-time con man is caught between his professional criminal mother and conniving girlfriend. 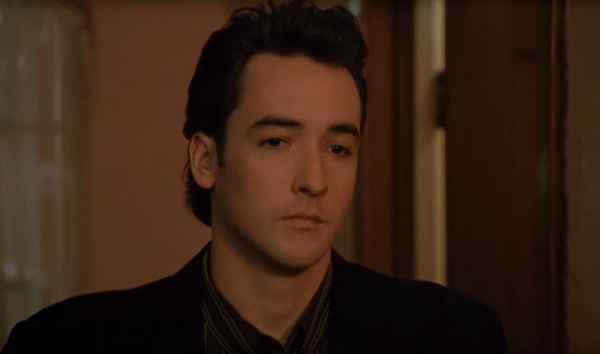 Released as the first in 101 Films’ new Black Label range, highlighting cult movies from different genres and giving them an HD upgrade, 1990s The Grifters is a defiantly independent production despite its high profile cast and crew. John Cusack (Con Air) plays Roy Dillon, a small-time con man and hustler who earns his living fooling barmen into giving him change for a 20 when he pays with a 10 and other sleight of hand tricks. After his latest con floors him – literally – he is visited by his estranged mother Lilly (Anjelica Huston – The Addams Family) who gets Roy to a hospital where he then gets a visit from his girlfriend Myra (Annette Bening – American Beauty). The thing is, Lilly is a career criminal with mob connections who doesn’t take to Myra and her gold-digging methods of getting what she wants, and Myra thinks Lilly is bad for Roy and is out to get what she can, and so the battle is on as Roy, being small-time and slightly hopeless in his ambitions, struggles with his feelings for both women, all the time knowing that neither is really any good for him.

Directed by Stephen Frears (Dangerous Liaisons/The Queen) and co-produced by Martin Scorsese, who was riding high with Goodfellas at the time, The Grifters is an extremely slick production that looks a lot more expensive than it probably was, despite the talent involved in it. Although he gets top billing John Cusack really comes off third best here as Anjelica Huston and Annette Bening go big as the warring femme fatales, especially Huston as the reluctant mother who had her child when she was virtually a child herself , making her feel resentment towards Roy ever since, despite it not holding her back. Her full backstory is never fully revealed but Lilly is certainly the most interesting character, skimming money from her boss Bobo Justus (Pat Hingle – Batman) and seemingly connected with every crime consortium across the States, but when she gets upstaged by the alluring Myra – who has quite a backstory of her own – she becomes even more intriguing as her relationship with Roy takes a strange turn, leading to a climax that you won’t see coming – on a first watch at least – although when you sit back and consider what you have just seen it probably couldn’t have ended any other way. 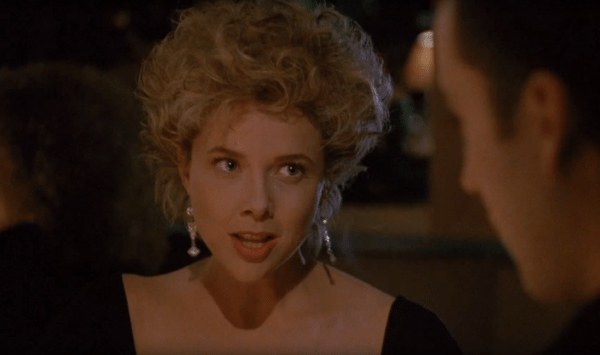 Although The Grifters looks nice and polished and features such a strong cast there is a downside to all of this backstabbing and treachery and that is that the film does begin to twist itself around one too many times, forcing your loyalties to shift from character to character so much that by the time the ending comes around it is hard to come away from it feeling anything definitive about any of them. Also, being a character piece is one thing but a 110-minute movie about layered and flawed characters but with no real story to tell – or a story that is hinted at but never fully explored – does make it sag in the middle, with only the energies of its female leads driving it forward towards the powerful ending.

Overall, this dual-format package is a decent set for collectors to pick up, coming with a collector’s booklet featuring essays and writings on the film plus a feature-length ‘making-of’ documentary containing interviews with various crew members sharing their memories, and the film itself does look pristine on Blu-ray but somewhere in the translation of Jim Thompson’s noir novel the story loses a little of its charm and doesn’t quite grab you in the same way that other, more notable, crime/con movies do. Nevertheless, Anjelica Huston’s scene-stealing performance is worth seeing and it is an enjoyable film to sit through but maybe just a little too off-kilter to put it up there with the classic crime thrillers.