Following yesterday’s poster and teaser [take a look here], 20th Century Fox has released the first trailerfor the upcoming Queen biopic Bohemian Rhapsody which stars Rami Malek as Freddie Mercury, Ben Hardy as Roger Taylor, Gwilym Lee as Brian May, Joe Mazzello as John Deacon; check it out below, along with a new poster and the official synopsis…. 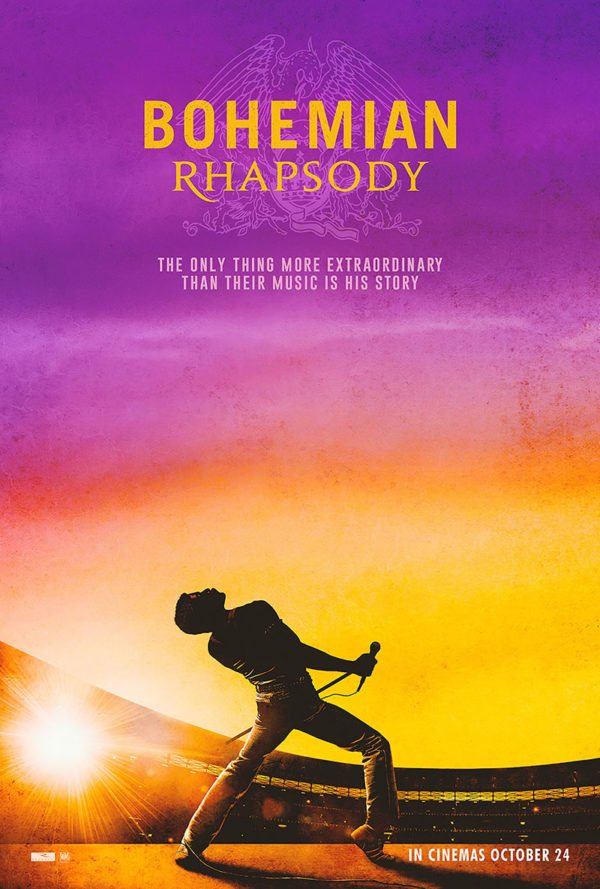 Bohemian Rhapsody is set for release on October 24th in the UK and on November 2nd in the US and features a cast that also includes Lucy Boynton as Mary Austin, Aaron McCusker as Jim Hutton, Aidan Gillen as John Reid, Tom Hollander as Jim Beach, Allen Leech as Paul Prenter and Mike Myers in an as-yet-unrevealed role.