Now, you’ll want to have your pinch of salt ready for this one, but Reddit user FOOSLS is claiming to have seen early storyboards for Star Wars: Episode IX, which is set to go into production this summer under director J.J. Abrams.

Of course, Reddit isn’t exactly the most reliable source, but it should be noted that this particular user posted an overview of Star Wars: The Last Jedi some two years ago, and several aspects – Kylo killing Supreme Leader Snoke, a casino planet – were on the money. Their Last Jedi report also said that Poe Dameron accompanied Finn on his adventure to Canto Bight, something that Rian Johnson has since confirmed was originally going to be the plan.

With that in mind, it is possible that the following is an early outline for Episode IX, with some aspects subject to change. By the same token, it may also be fan fiction. However, if you want to avoid the risk of spoilers completely, you may want to stop reading now. 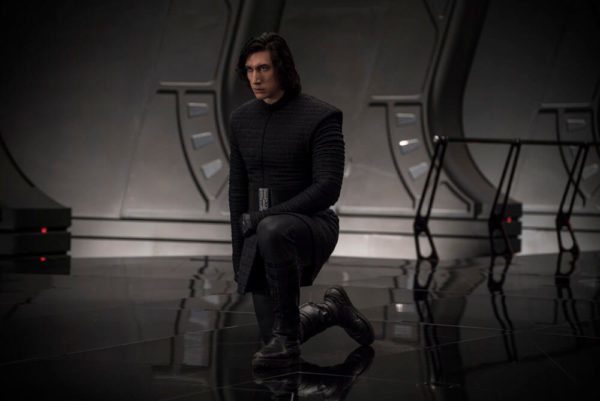 So, according to the report, Episode IX will pick up five years after The Last Jedi, with the Resistance’s popularity at an all time low given that Supreme Leader Kylo Ren’s rule over the galaxy is seen by most as benevolent. Nevertheless, Rey, Poe, Finn and Leia continue the fight, and receive a tip from a First Order mole offering them a lead that will reveal the sinister true nature of the First Order.

This tip takes them to the Unknown Regions, where they discover an ocean planet home to the secret behind the First Order’s unlimited resources – an ancient manufacturing station powered by slaves from the conquered worlds of the Unknown Regions. This plotline revolves around liberating the captives, and ends with the Unknown Regions becoming united and preparing for war with the known regions.

At the same time, Kylo Ren is using the Knights of Ren to track down other Force users, many of whom have sought out Rey for protection, as well as attempting to uncover the First Order mole (this turns out to be Hux, who has ambitions of taking Kylo’s spot as Supreme Leader). Kylo and Ren continue to communicate through the Force, and it is revealed that they are in love with each other. However, one of Rey’s “students” turns out to be her child, which results in Kylo flipping out and almost killing Rey, only for Leia to intervene.

The report concludes with a disclaimer that “this is an early story board but the heart of the film is there with secret love child and the theme of an Empire thriving but at a terrible cost.”

As stated above, this may well be complete speculation, but let us know what you make of the rumoured plot in the comments below…