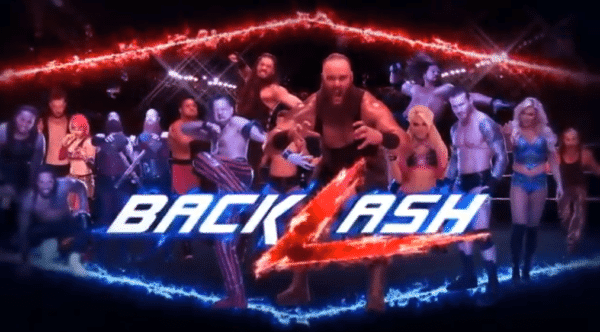 After a chaotic month, the WWE presented their second big event in the space of 10 days last night, Backlash. The show featured several inter-brand matches and saw five of the WWE’s main titles defended. After an incredibly mixed build, did the show deliver on the night? Let’s take a look at Backlash, match by match, and find out. 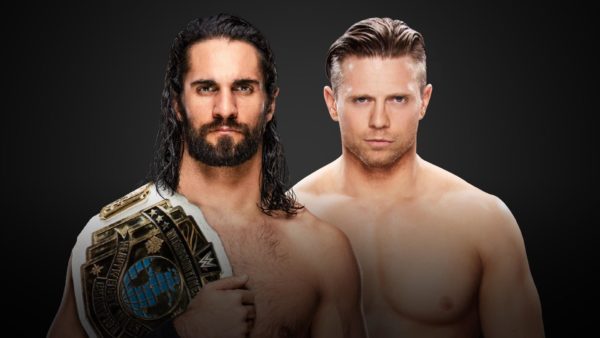 Wow, what a way to get things going. Heading into the night, this was one of the least anticipated matches due to the predictable outcome, but credit where it’s due, these two men put on an excellent encounter. The two men worked a very well paced match, and Rollins selling a knee injury as the match wore on was a great piece of story-telling. The false finishes were used sparingly and above all else, felt believable, and both men can be very proud of their performances last night. Rollins is on fire at the moment, and The Miz can finally get going on SmackDown now that this is out of the way.

The finish comes after a well-worked exchange when Rollins hit the curb-stomp. I love the fact that they protect that move so much as well, it’s rare that a finisher feels that devastating these days. Top work all around, and a great way to kick off the night. 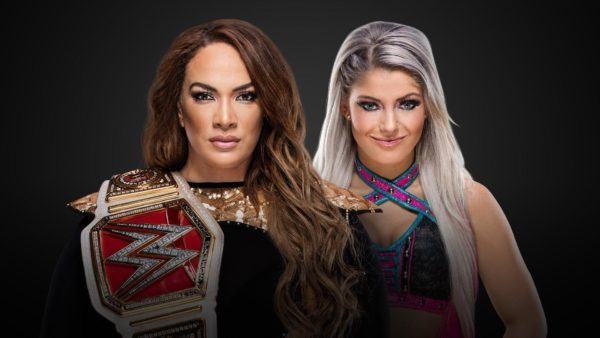 This match had a slightly different structure to their Mania match, with Alexa getting in a lot more offence this time around. There was some good work here from both women, but the majority of the match felt flat, as is often the case with a lot of mid-card Mania rematches the following PPV. This felt like a formality really, and Jax will no doubt continue to be booked strongly as she heads towards a feud with Rousey in the Summer, hopefully. 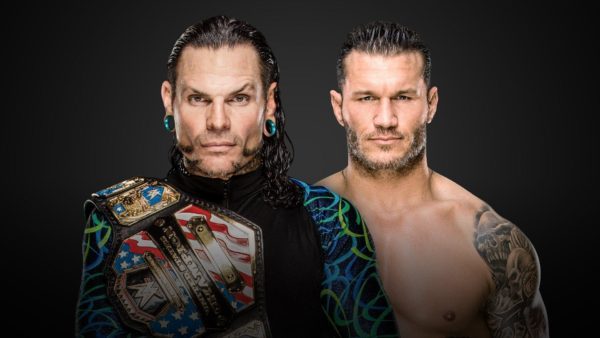 This match suffered from a lacklustre build. The crowd had little to no investment in the match, largely because its build was down to a sole RKO on the go-home episode of SmackDown last week. The was the usual Randy Orton affair, nothing really worth writing home about, and the crowd were fairly flat through-out. This wouldn’t have felt out of place on an episode of SmackDown. Hopefully, Andrade ‘Cien’ Almas comes and injects some life into the US division in the next week or two, because right now the whole thing is built on a bunch of veterans and is need of some new blood. 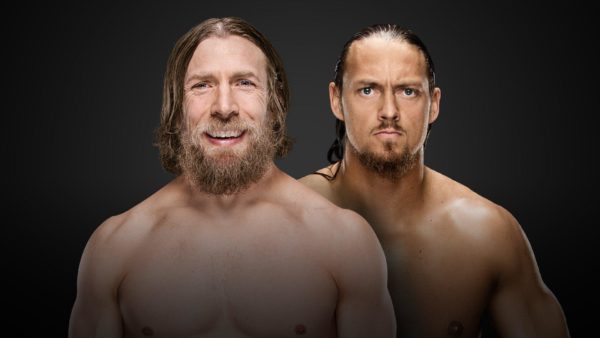 The WWE had booked themselves into a corner with this match. Cass needed the win to build some momentum, but Bryan wasn’t going to lose his first singles match back on PPV. This did create some intrigue for the match but by and large, the two men felt incredibly mismatched in the ring together. Cass got in some strong offence, and Bryan took his usual underdog role. Cass doesn’t have too much history working singles matches and it kinda showed here. The match wasn’t bad because the crowd are always going to be invested in Bryan, but it never really managed to excite. This was one of the shortest matches on the show, and the company decided to have Cass attack Bryan after the match to keep the feud going. Having Cass tap out to Yes! lock really doesn’t do him any favours though. 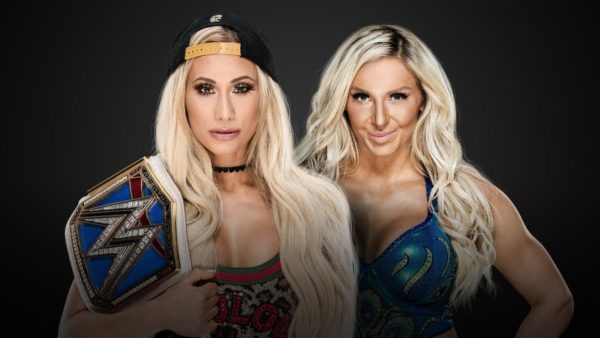 The crowd were really not feeling this match. Carmella put a lot of effort in here, but her poor build in the months to her being champion damaged her credibility. She tried to get a reaction from the crowd throughout the match, and her character work is great, perhaps a few more victories will get fans involved with her again. The match suffered badly because of this, and like a few of the mid-card matches felt largely flat and uninspired. Carmella picking up the victory does her give her some momentum going forward but I suspect her title run won’t last all that long.

AJ Styles and Shinsuke Nakamura went to a Double Ko 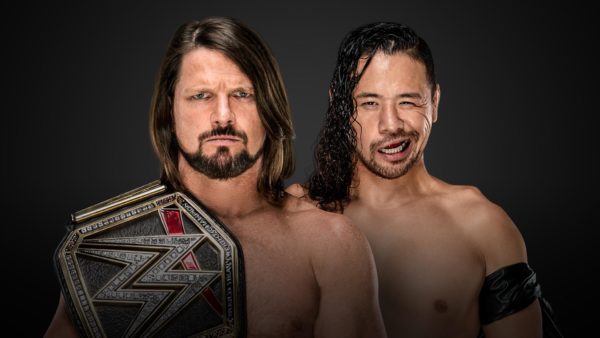 There was a point during this match, close to the end when I thought these two were finally going to deliver the big dream match we had all wanted. The match started at a great pace, and they were starting to build towards something special, and then we had that finish. What!?  The WWE either need to give Shinsuke the belt or do something else with him. His run as a heel has been excellent, and if they are going to give him the title, last night was the time to do that.

The two men were working a really good bout, and it’s a shame that the WWE has decided to build a feud between two of the most over superstars on the roster around hitting each other in the dick. The no-DQ stipulation basically existed so they could both hit low-blows, and nothing more, and that finish was just weak. The only reason I want this feud to continue is so the two men can finally put on the match we all know they are capable of. This was still a good match, but like their other two encounters, it could have been so much better. 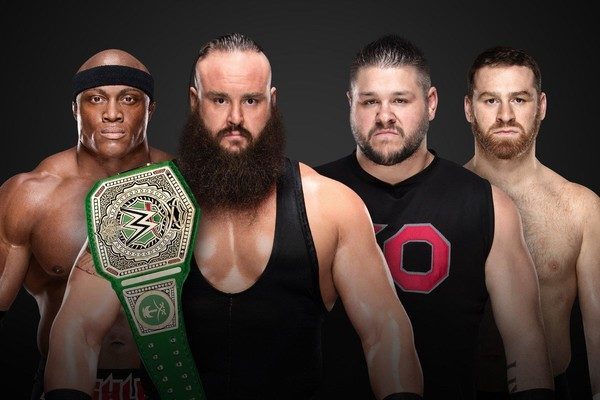 I really don’t get why we needed this match. Their bout a few weeks ago on Raw was fun, but there is no real feud between the two teams and this felt like it existed just to start the build for Sami Vs Kevin for the 9,000th time. Braun should be doing more than this, and the company are clearly buying time until they can push him into the Universal Title picture. Lashley already feels fairly boring again. The best thing about this was Corey Graves ripping Coach on commentary. 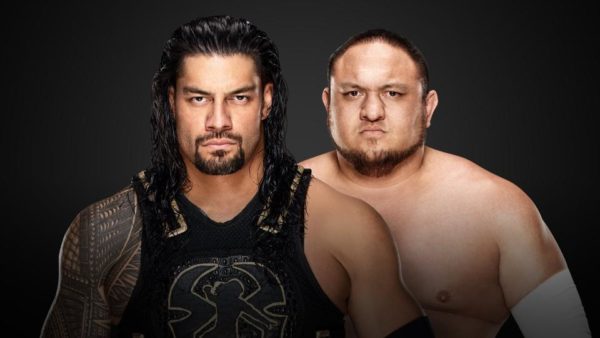 I had high hopes for this match before the show. Joe and Reigns have always had a great chemistry in the ring, When Joe attacked Reigns at the opening bell, I thought we were in for a treat here, but things went downhill very fast. Joe dominated the majority of the match with a series of holds, and it became clear very quickly that the plan was for Reigns to rally back John Cena style and pick up the victory. The crowd completely lost interest as well, with chants of ‘beat the traffic’ and ‘Rusev Day’ being clear throughout the match.

Of course, Reigns picked up the victory and brought an end to a PPV which should have been a whole lot better than it was. This was a poor main event, especially considering the talent involved. Joe deserved better than this, and hopefully, he can get back on track with a series of excellent matches against AJ and Shinsuke in the coming months. As for Reigns, I’ve been fairly vocal in my support of him in recent months, but booking matches like this is certainly not going endear fans towards him.

Verdict: On the whole, Backlash was a fairly dull affair. The crowd weren’t invested in the majority of the matches, and understandably so. The in-ring work was average at best for most of the night. Go and check out Rollins Vs The Miz, though, because that is one of the best WWE PPV matches we’ve seen this year. You can probably turn it off after then.