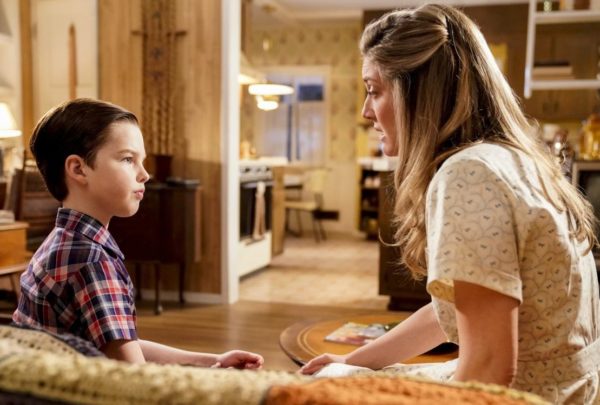 Taking quirky up a notch by focusing on the dessert choices of physicist Richard Fineman before seguing into courtship rituals amongst Texan widows, Young Sheldon maintains its batting average. Employing off beat character moments there is unintentional humour by way of intellectual awkwardness and an emotional pay off which genuinely convinces.

Much of what makes this episode work happens between actors Richard Kind and Wallace Shawn, as their rivalry for Mee Maw’s affection is both affective yet mildly comic. Essentially playing the scarlet woman Annie Potts revels in adopting straight man duties opposite these two accomplished character actors. That Iain Armitage is used sparingly once again proves crucial in allowing Mee Maw’s character arc to broaden as the storyline plays out. Shawn leans heavily on the intellectual fish out of water element allowing everyone around him to just focus on paying off every scene. 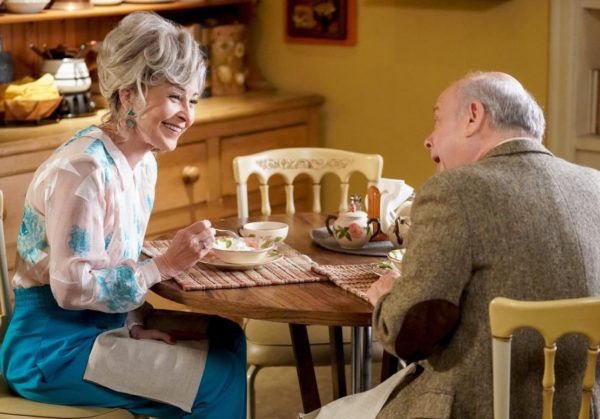 Likewise Richard Kind plays the romantic opposite number to perfection using his furniture business as leverage for amorous advancement. Both Perry and Barber get their moments alongside Montana Jordan’s George Junior to deliver one liners and broaden character beats. There are call backs to Big Bang, moments of audience epiphany and honest emotional pathos that brings Young Sheldon together. Allowing a deft juggling of gentle drama, situational comedic asides and formative life lessons. Elongated title cards aside what these showrunners have given us in this opening season is something tried and tested yet uniquely entertaining.

Exploring the morality of dating within a certain demographic provides opportunities for subtle drama, philosophical asides and a broader narrative structure. For a fifteen minute show Young Sheldon packs quite the intellectual punch, being both engaging, amusing and progressive. A feat not to be underestimated as often the progress seems to happen without anything actually moving. As we mourn the end of season one it’s customary for cliff hangers, yet rarely do they land with such force or unexpected ripple effects as they do here. In the final moments these writers drop such a bomb shell of knock on magnitude, that Big Bang are likely to be rocking in their boots as those credits roll. Not bad for a fresh off the blocks segue show featuring an awkwardly intelligent child genius.