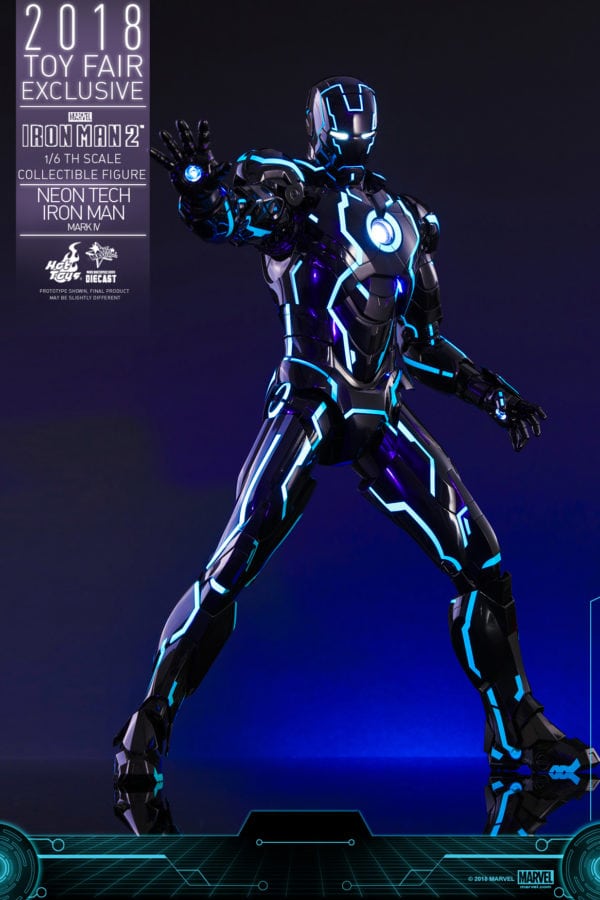 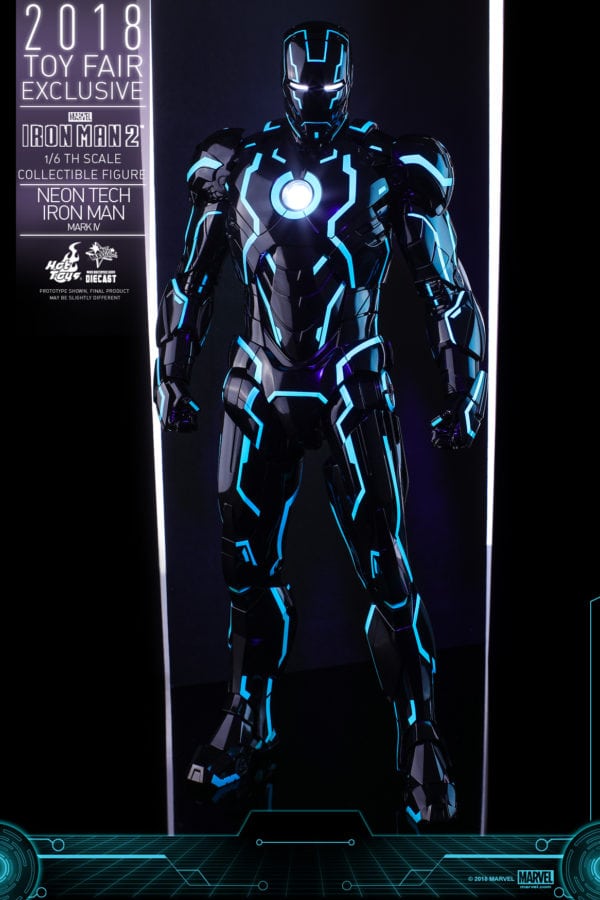 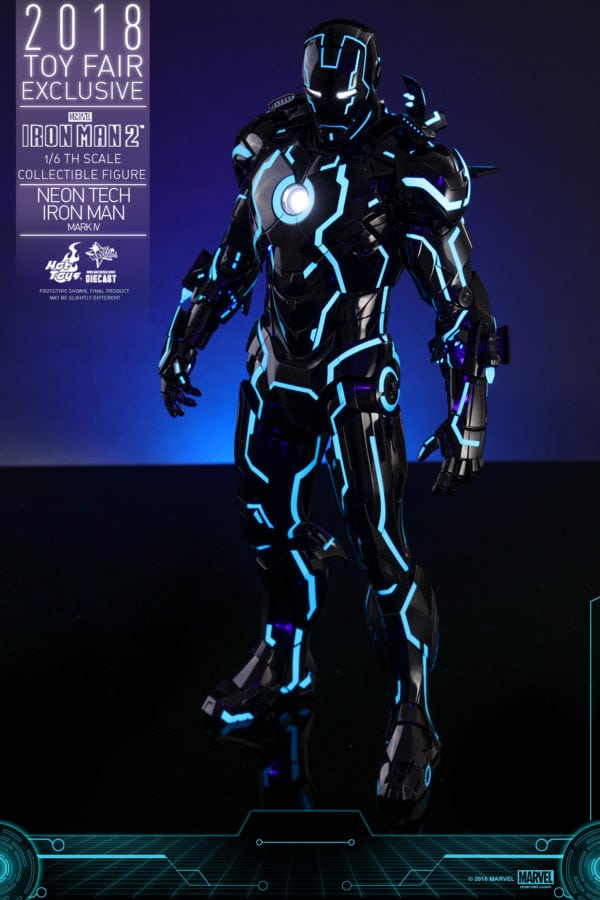 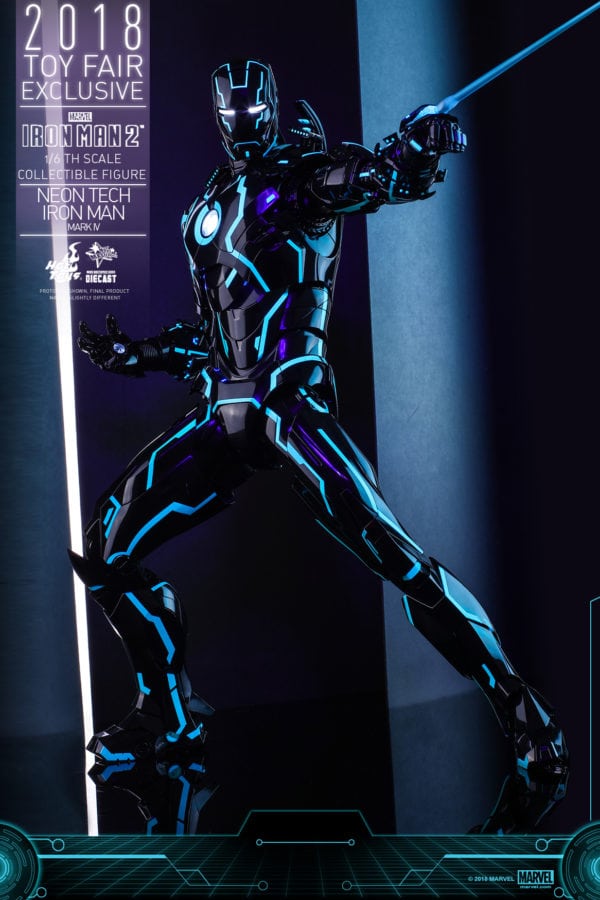 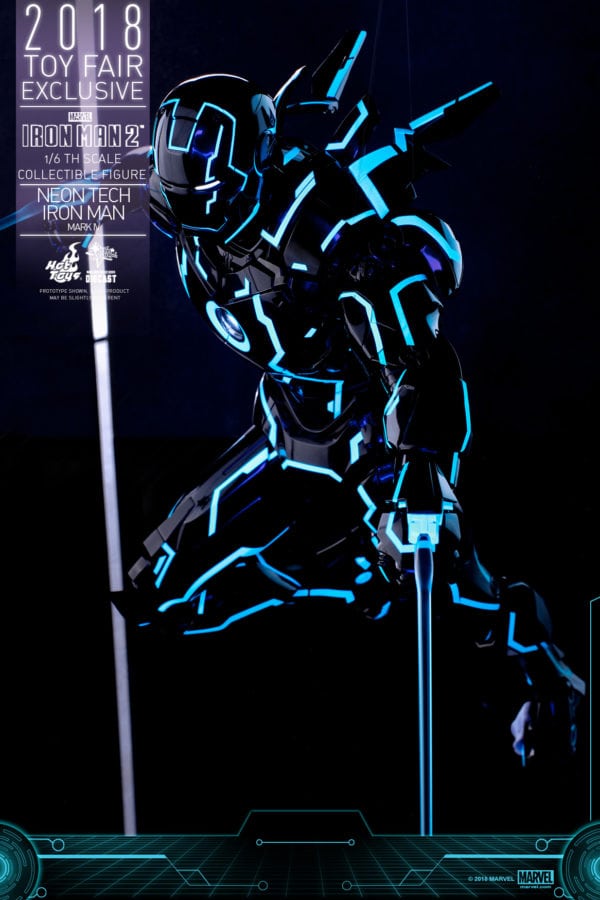 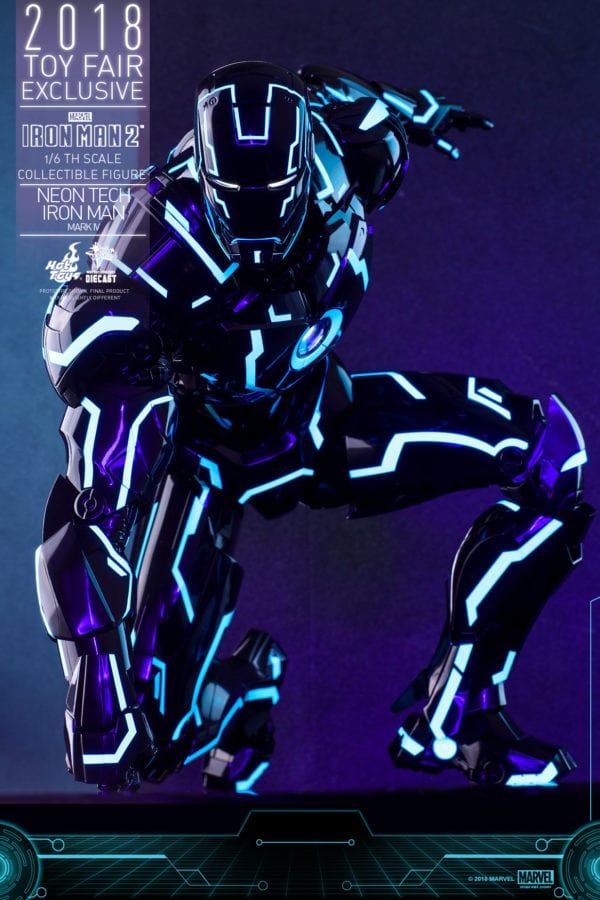 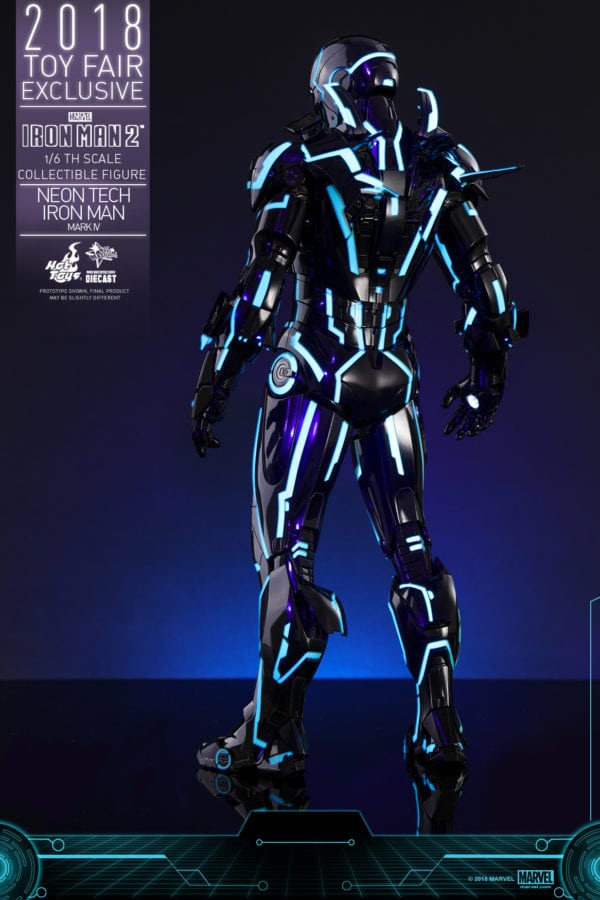 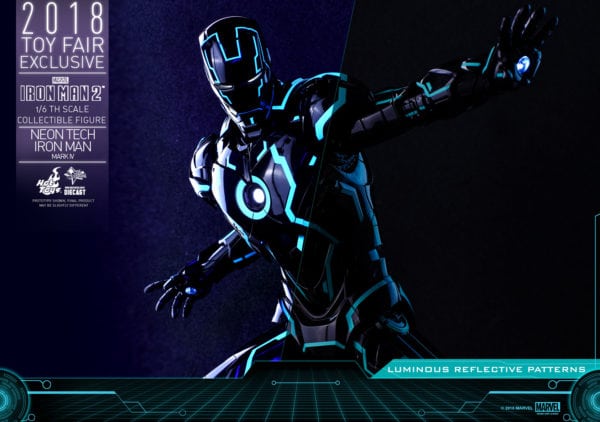 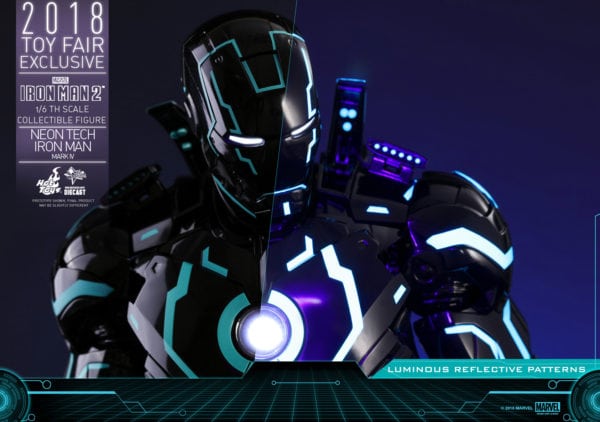 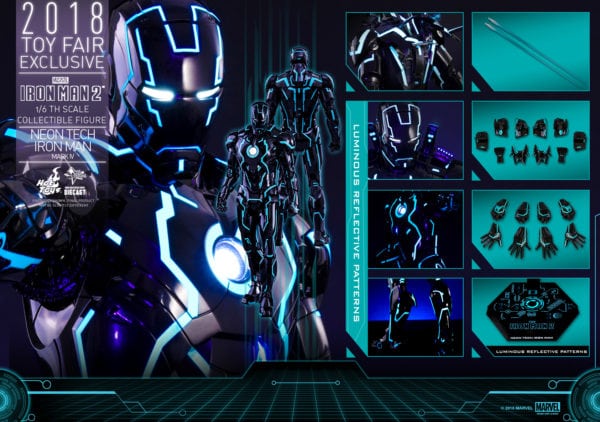 Iron Man has always been the fan favorite armored super hero in the Marvel Cinematic Universe! As a special edition release, Hot Toys has pushed the boundaries of possibility and re-imagines the tech-forward suit of armors in bright neon color with scenes of electro futurism inspired by modern computer technology. Based on the blueprint of Mark IV, the newly developed Neon Tech Iron Man demonstrates not only the harmonious interaction between sophisticated device and advanced weapon, but also the visually striking armor that reflects the passion and craft of neon culture.