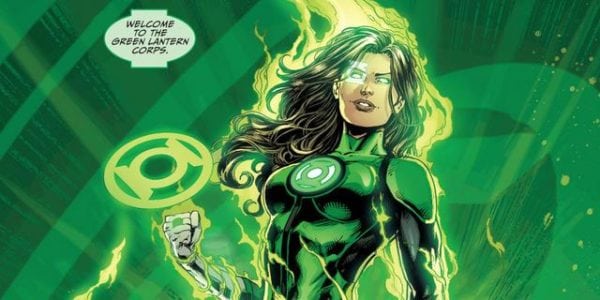 Despite the project falling silent for many months, writer and producer David S. Goyer confirmed back in January that Warner Bros. and DC Films’ planned Green Lantern Corps movie “is still in the works”, while March brought word that Mission: Impossible – Fallout helmer Christopher McQuarrie may potentially be in the frame for the director’s chair.

As we await some official news – perhaps at next month’s San Diego Comic-Con International? – CBM has dug up a rumour on Reddit which claims that, unlike past reports, the focus on the movie will no longer be on Hal Jordan and John Stewart, but rather Jessica Cruz and Simon Baz.

According to the site, Jessica Cruz will be the main lead in the movie, with Baz in support, and the plot will see the two Lanterns tasked with rescuing Hal Jordan after he is lost in deep space without his Power Ring.

Now, this report is of course unconfirmed at present, but Warner and DC have already scored one big success with a female-fronted superhero movie in Wonder Woman, and has a sequel gearing up to go into production this summer, as well as the DC girl gang movie Birds of Prey later in the year. So, it wouldn’t be too much of a surprise if the studio was looking to keep the girl power going with Green Lantern Corps, although it may leave John Stewart fans a little disappointed if that is the case.

What do you make of these rumours? Which Lanterns would you like to see in the movie? Let us know in the comments below…