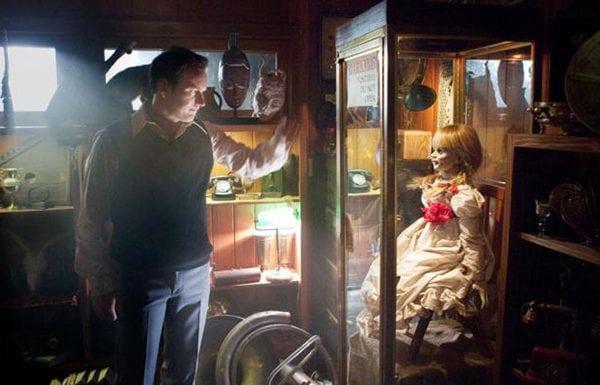 Back in April it was announced that New Line Cinema has set a 2019 release date for Annabelle 3, and writer Gary Dauberman – who will make his directorial debut on the third instalment of the spinoff series – was on hand at the ScareDiego event at Comic-Con, where he revealed that The Conjuring’s Ed and Lorrange Warren (Patrick Wilson and Vera Farmiga) will play key roles in the threequel.

“I’m still finalizing the script, but it really picks up with the Warrens bringing Annabelle to the place where it can really no longer wreak havoc, which is their artifact room,” said Dauberman. “But, of course, it turns out she can also wreak havoc there. And she really awakens the evil within that room and they target the Warrens’ 10-year-old daughter, Judy. So, that’s the set-up.”

“Annabelle basically activates all the other haunted artifacts in that room,” he continued. “So, it’s basically A Night at the Museum, with Annabelle!”

Next up from The Conjuring Universe is the second spinoff The Nun, which opens on September 7th 2018, while the as-yet-untitled Annabelle 3 will open on July 3rd 2019. New Line also has plans for a third spinoff, The Crooked Man, along with a third entry in the main Conjuring series. 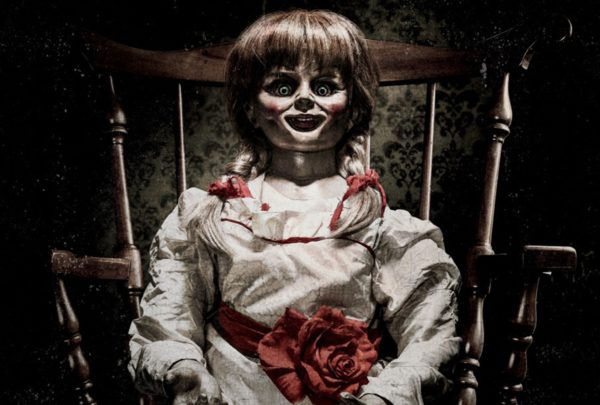