The Navigator: A Medieval Odyssey, 1988. 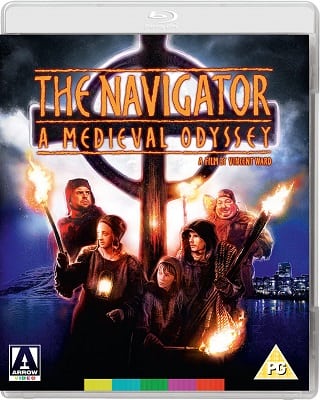 Villagers in 14th century England attempt to escape the Black Death by digging a hole to the other side of the Earth, emerging in 20th century New Zealand. 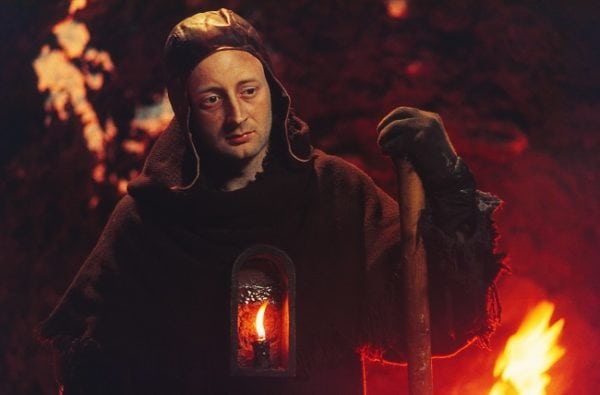 In a decade that gave the world some of the greatest and most celebrated fantasy movies, Vincent Ward’s follow-up to his 1984 feature debut Vigil is certainly a memorable one, and for various reasons, although as with Vigil, The Navigator: A Medieval Odyssey is something of an arthouse oddity full of symbolism, metaphor and a director’s vision which does limit its appeal somewhat.

The film begins in 14th century Cumbria and immediately wraps you up in a cloak of melancholy by being shot in black-and-white as Griffin (Hamish Gough), a young boy awaiting the return of his older brother Connor (Bruce Lyons) to the village with news of the plague, has visions of the impending doom that his village has so far avoided. Whilst a little stark with the imagery and strong with the various accents that the actors deliver the dialogue with, these opening scenes do amazing work in setting up a time and place far removed from the comforts of the modern day and if nothing else gives the film an incredibly authentic atmosphere.

It is when the film moves on from this initial setup that it starts to lose some of its appeal, mainly because the story plays second fiddle to the creation and establishment of the medieval world which soon disappears once the villagers appear in 20th century New Zealand, doing all the things that time travel movies do like appearing in the middle of the road just as a truck comes along and suchlike, and from then on it is really a case of how much you appreciate Vincent Ward’s particular style of dream-like and drawn-out visual narration as the plot slips away and the people out of time come to view the 20th century as nothing more than how things are in different villages to their own and their quest to find a church in order to appease God continues, but now in colour and not as effective. 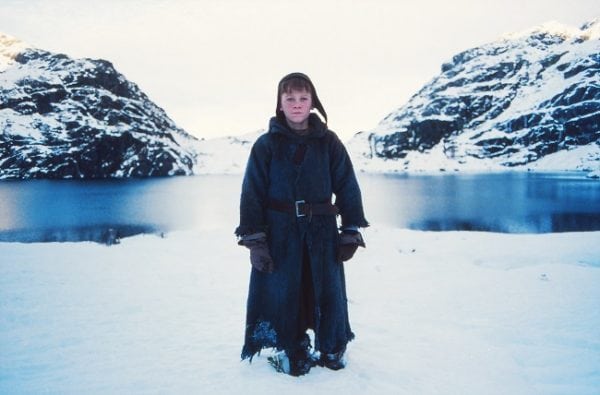 Much like Vigil, The Navigator: A Medieval Odyssey is technically very good, looks fantastic and is clearly the work of a filmmaker with a strong idea but it is a film that you’ll either love or hate as it is a slog to sit through if you’re after an adventure film with a bit of zing or excitement. It does feature a magnificent score full of medieval chanting which helps when it comes to creating that all-important atmosphere but unless you’re an avid Vincent Ward fan then The Navigator: A Medieval Odyssey is probably more useful as an academic material on period set dressing than it is entertainment. Still, if you are a fan then you’ll be well catered for with the special features that include an appreciation by film critic Nick Roddick, Kaleidoscope: Vincent Ward Film Maker, a 1989 documentary profile of the director made for New Zealand television that offers an insight into Ward’s vision and also a collector’s booklet featuring writings on the film by author/critic Kim Newman so for collectors it is a worthwhile package but for casual viewers one watch is probably all that is required.