Netmarble recently rolled out a major update for it’s fantasy mobile epic release Lineage 2: Revolution, which introduced (amongst other things) a castle siege mode, news dungeons and a brand new region. Villordsutch managed to speak with Simon Sim – over at Netmarble US – about Lineage 2: Revolution… 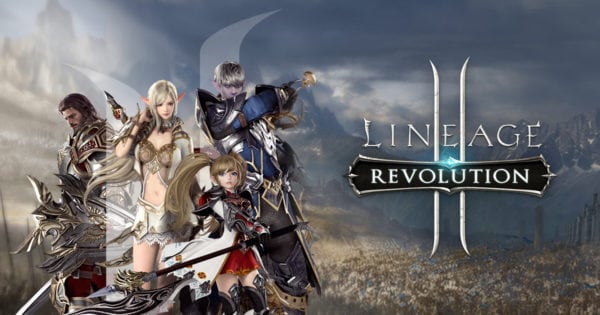 Villordsutch: Hello to you, before we begin could you briefly introduce yourself and name drop some titles you’ve been attached to that will make us impressed?

V: I’ve checked out Lineage 2: Revolution and I’d like to ask, what witchcraft did you use to get such a game to run on a mobile platform? The game looks magnificent and has so much depth to it! What was the initial meeting like, when the wants for the game were revealed and when the team told others what they would like to see within Lineage 2?

S: We used Unreal Engine 4 to make cutting-edge graphics. Our intent was to create an optimal gaming experience for fans of the original Lineage 2 and we were able to deliver an experience with all the key components from the PC franchise with optimizations for the mobile environment. We created a groundbreaking experience with real-time massive scale battles for up to 200 people, wish is something that had never been done on mobile before. We also created the technology needed on the server side to make it all happen.

When we originally pitched the game, no one thought it was possible to achieve a full-scale MMORPG on a mobile device and boy did we prove them wrong! We were very excited because the franchise is so popular in Asia. We wanted to be innovative for that genre and we anticipated mobile phones would catch up to consoles and we wanted to push the envelope. It was challenging because we were doing something that didn’t exist. Our partnership with NCsoft allowed us to bring this great game to mobile.

V: Saying that, did you get everything you wanted into Lineage 2? Was there anything you left out of the initial build that you thought, ‘I’ll get you into a patch down the line, no matter what!’?

S: When we first launched the game, we weren’t able to include all of the massive scale PvP modes but we were able to release them over time. Our content strategy is to give users enough content to consume on a daily basis while gradually introducing more sophisticated systems over time.

One feature we weren’t able to include at launch was a town center where players can congregate and be social. Finally, on 28 June we added such a location known as Magnadin. We expected that our players would be happy since a town center is a pillar of the MMORPG experience. Magnadinincludes a “Beauty Shop,” a “Discount shop,” a “Scarecrow System” (Training system), a personal/account storage system, and teleporters. Players can go to Magnadin village through “World Map>Magnadin” in the game.

V: The mobile market is currently awash with a large number of time-killing games, what would you say to people to coax them away from crushing candies and flinging irate avians? To beckon them toward Lineage 2 and its vast world?

S: Lineage 2: Revolution is a unique game on the market. It allows you to join something bigger than yourself in large-scale battles that require players to be social and cooperate with each other in a manner that is unlike anything else on the market.

The number of mobile gamers continue to increase. It may look like a saturated market but new users flock to the platform every day and they are getting more used to RPG mechanics. Meanwhile, existing users are getting accustomed to more advanced game mechanics on the platform. People can still play casual games but they are always going to want to try something new and we will continue to provide a different kind of fun.

V: Was there at any point where you thought that Lineage 2 may be overly complicated for newcomers to the genre? Did you take any steps so new players can – from Day 1 – find their way around this new world with little knowledge of an MMORPG?

We also created numerous video guides to inform users about how to play the game.

Additionally,
– UI/UX was simplified
– The amount of experience necessary to reach higher levels was shortened.
– Difficulty level was decreased for players not accustomed to MMORPGs

V: It has to be asked and it’ll probably cause a rumble or two of thunder, but what’s your favorite class and of course why? Personally wherever I end up I stump for Archer, I love range damage, out of the main fight but gaining some nice DPS at the same time.

S: I chose to play with the Dark Elf warrior, which is my main character. I think he has cool visuals and he seems mysterious. I also like to play with the Elf assassin in Open Siege battles. They’re nimble and fierce and charge head first into combat!

V: Do you feel that with the quality of games – such as Lineage 2 – being delivered on to mobile device, thanks to the Unreal Engine and developers like yourselves (Netmarble), we will see a big change in the direction of mobile content; rather than the market continue to be saturated in simple tap games?

S: I believe every year mobile games push closer and closer to hi-fidelity quality. I think one day mobile and console games will be indistinguishable from one another. Real-time battles will become more popular as well as auto-questing. We believe we are the first massive scale game launched globally and that many more will follow in our footsteps. 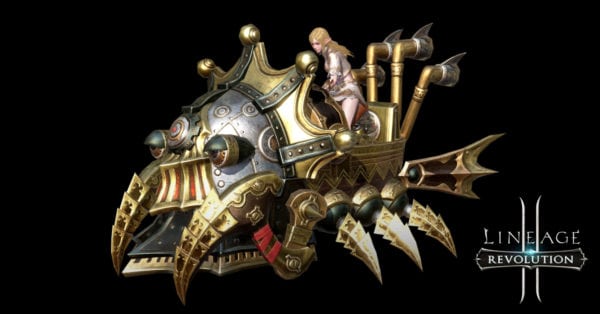 V: What’s next of Netmarble? Is the entire focus on Lineage 2 now until Lineage 3 is mooted in a year or two, or is another title all together on the cards?

S: We’re currently focusing on some new genres and some new entries into our flagship genres and are excited to share more with you down the road as we get closer to the release. We will continue to be innovators to deliver new and fun content, including our upcoming turn-based RPG Phantomgate, which is expected to be released within Q3 this year. We have been observing the Lineage 2: Revolution trends and are using our learnings to try new things. One example is Iron Throne, an MMO Strategy created by mixing genres. The result was a new approach to MMO games. We will continue to do this in the future. We embrace the challenges.

V: Finally, when you’re not focused on your own work, what game would people normally find you in? Are you wrecking peoples’ days on Fortnite or are you wandering around the memories of What Remains of Edith Finch?

S: I’ve been recently playing our latest title Knights Chronicle, which is a fantastic JRPG created by the same studio that developed Marvel Future Fight. I am always benchmarking other games and I enjoy them. They provide inspiration to make our games more appealing. These days, JRPG style games are a lot of fun. I also play console games from time-to-time.

Flickering Myth and Villordsutch would like to thank Simon over at Netmarble US for taking time out for this interview, also thanks to Tom at Little Big PR for arranging the interview.