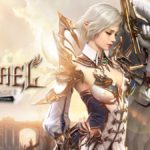 Netmarble has announced that pre-registration is now open for the next major update for their popular MMORPG Lineage 2: Revolution.  Players who pre-register now will receive 30 Enhance Scrolls once the update is available.  Two new trailers have been released (see below) introducing the brand new race, the Kameal. Continuing with the introduction of new races […] 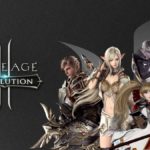 Netmarble has released a new update for their mobile MMORPG Lineage 2: Revolution that introduces the brand new territory of ‘Aden’, a new Temporal Rift and more. The territory of Aden has three unique sub-regions that players will be able to explore, Aden’s Southern Plain, the Land of Rage and the Eternal Resting Place.  As players […] 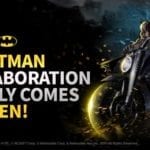 In celebration of Lineage 2: Revolution’s first anniversary, Netmarble Corp. and Warner Bros. Interactive Entertainment have announced that heroes and villain costumes from the DC universe will be crossing over into Lineage 2’s game world for a limited time.  As you’ve probably guessed from the image, all content will be themed around Batman.  Three new […] 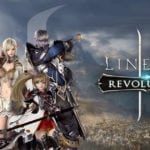 Villordsutch chats with Simon Sim about Lineage 2: Revolution… Netmarble recently rolled out a major update for it’s fantasy mobile epic release Lineage 2: Revolution, which introduced (amongst other things) a castle siege mode, news dungeons and a brand new region. Villordsutch managed to speak with Simon Sim – over at Netmarble US – about Lineage […] 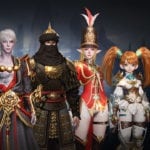 Netmarble have released the latest update for their hit mobile MMORPG, Lineage 2: Revolution.  Titled the ‘Magnadin’ update, this update introduces a brand new city in Aden to explore and which will also provide access to some new features.  Learn more about the city in the trailer below… The city of Magnadin is a vibrant […] 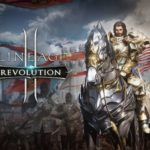 A major new update has arrived for Netmarble’s hit mobile MMORPG Lineage 2: Revolution and includes new territories to explore, new grade UR equipment, a higher level cap and an epic sized 200 player PvP game mode called Castle Siege.  The new trailer below showcases the new features of the May update… In the new Castle […]

Netmarble Corporation have announced that their hit mobile MMORPG Lineage 2: Revolution will receive a major update next month.  This update will include a new Castle Siege Mode, new dungeons, increase in max level, a new region and much more.  There will also be new servers launched in North America, Europe and Latin America, players […] 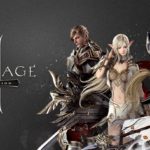 Asia’s fastest growing mobile game company, Netmarble Games, announced a release date of 15th November for their free to play mobile MMORPG Lineage 2: Revolution during their TwitchCon 2017 stream.  During this event they also showcased the game’s epic Fortress Siege mode that can cater for 50v50.  A trailer showing this epic game mode can be seen below. […]