Sideshow and Hot Toys have revealed its 1/6th scale Video Game Masterpiece Series Deathstroke figure which is based on the appearance of Slade Wilson in 2013’s Batman: Arkham Origins. The DC collectible is available to pre-order now priced at $250.00; check it out here… 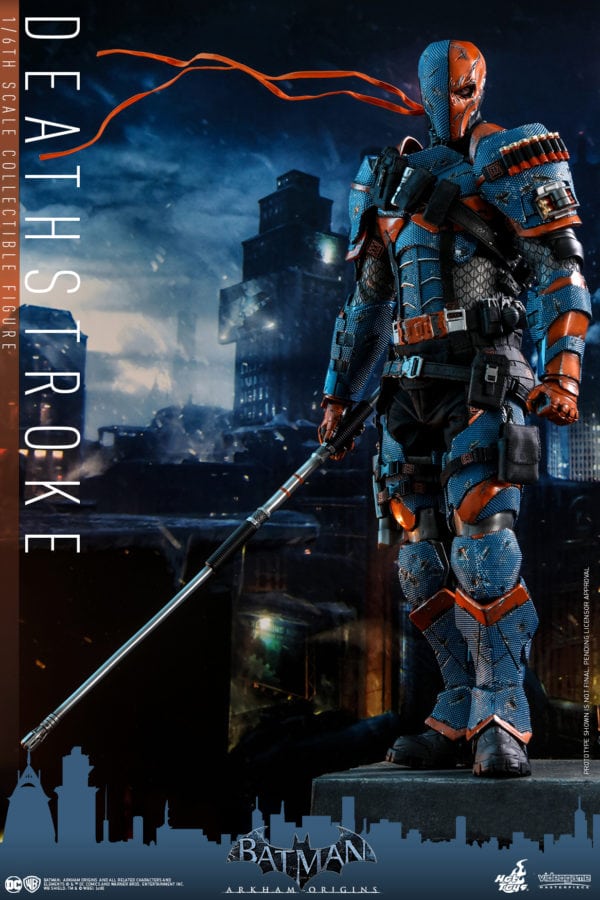 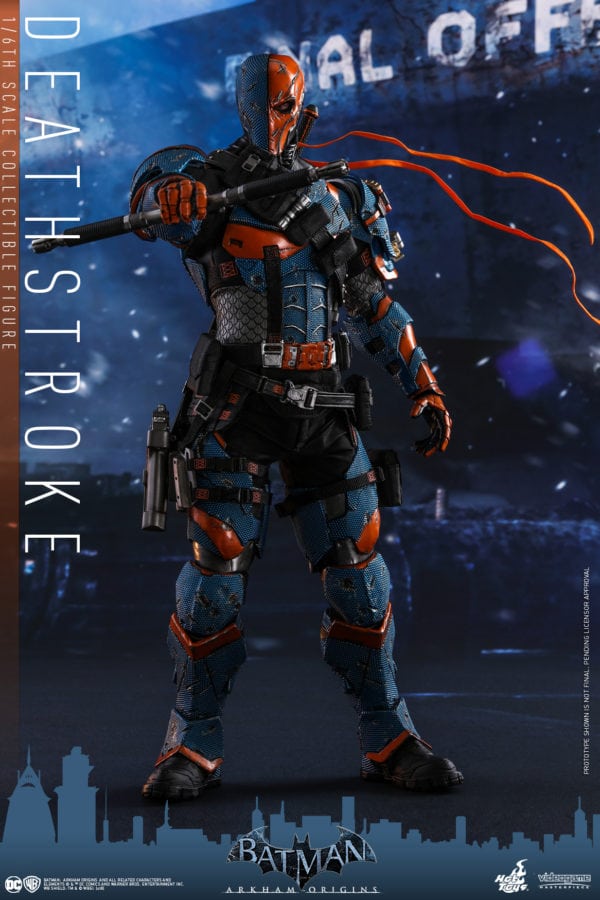 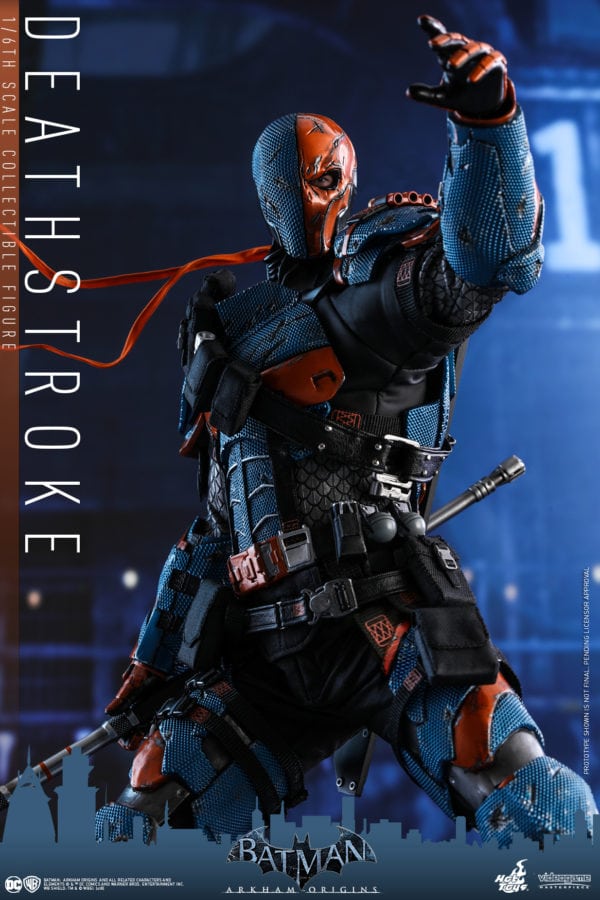 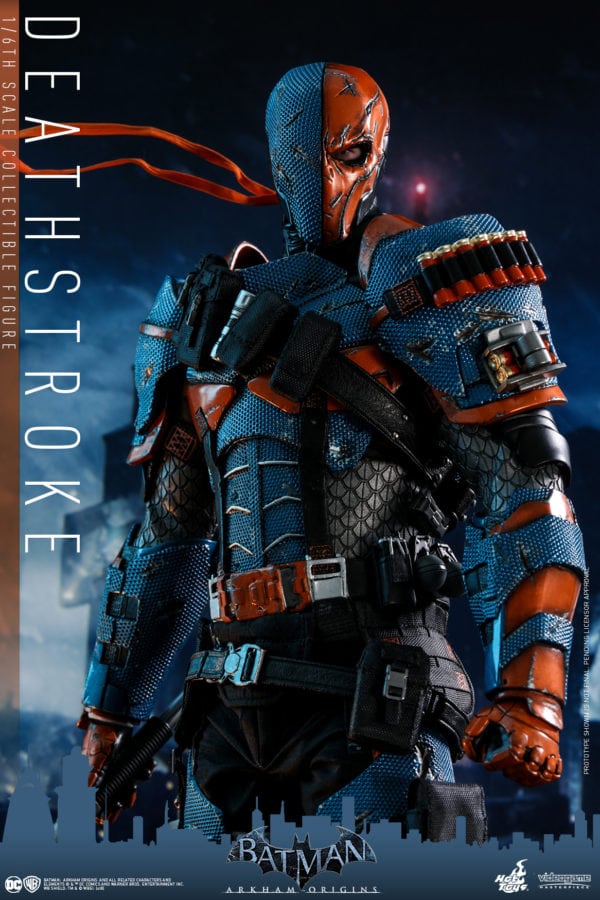 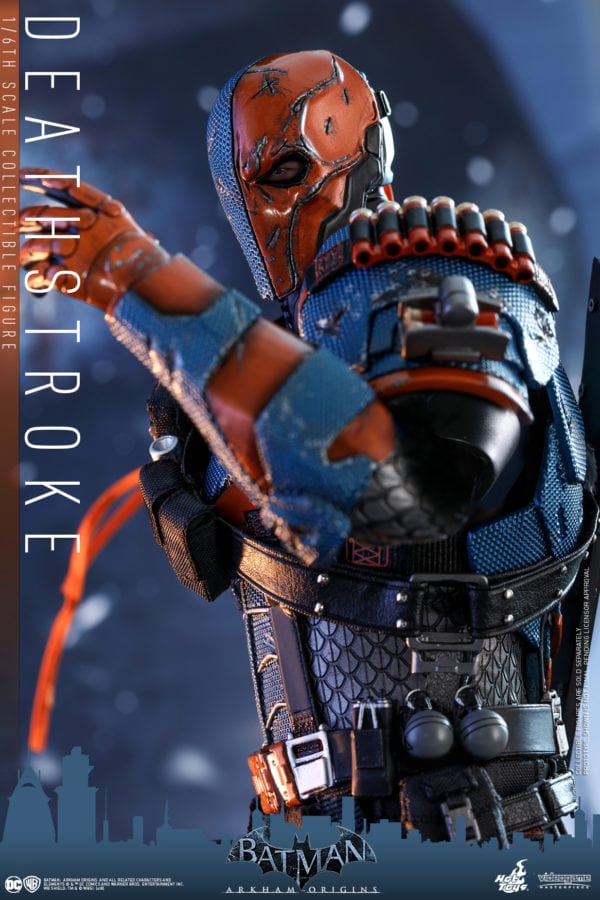 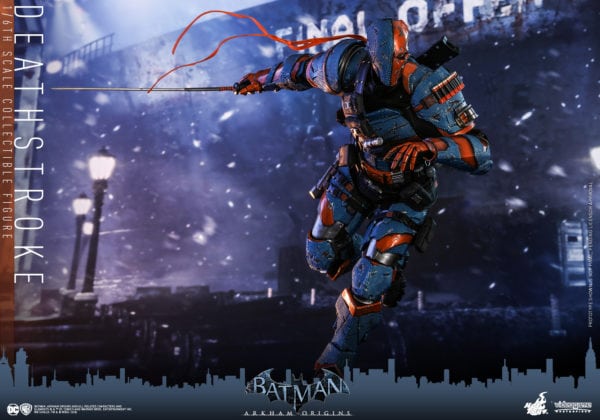 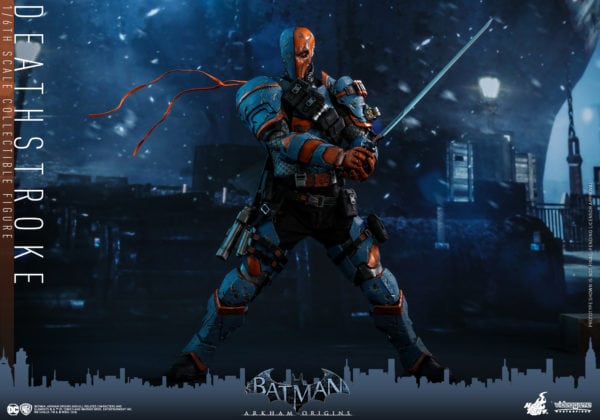 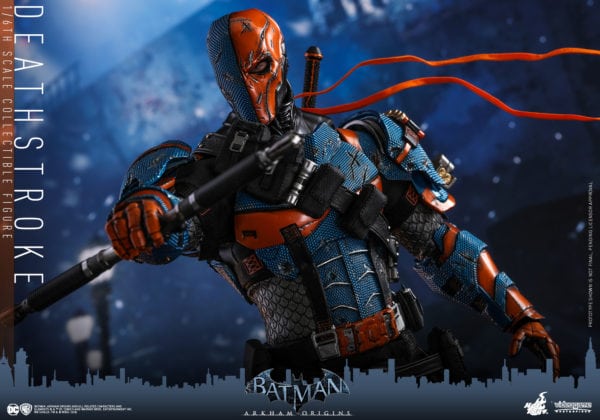 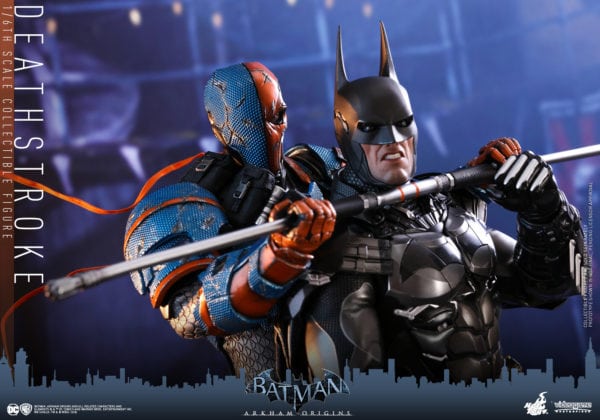 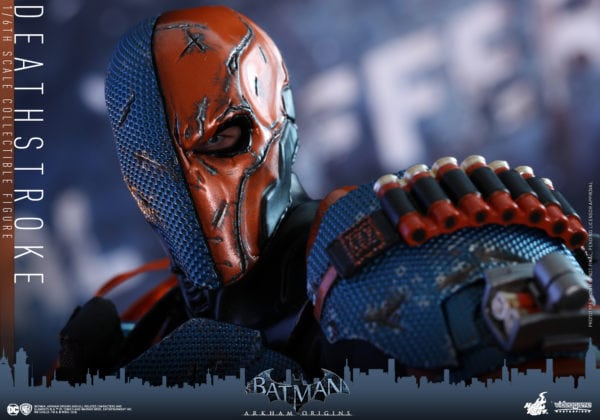 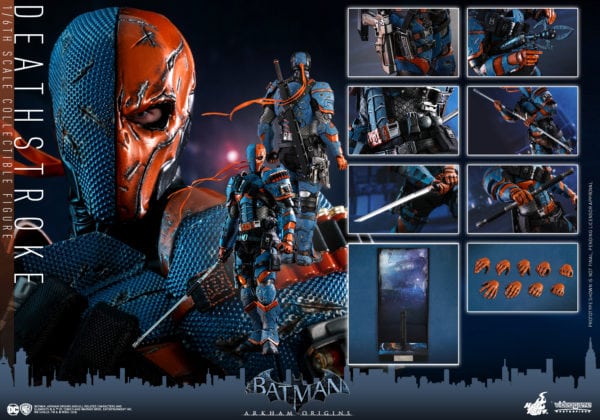 “It appears the game is over before it even begins.”

Slade Wilson, AKA Deathstroke, is one of the world’s greatest and most deadly mercenaries in the DC Universe. He was part of an experimental super-soldier program which allowed him to gain metahuman strength, speed, and healing abilities.

The collectible is expertly crafted based on the appearance of Deathstroke from the game featuring a newly developed helmeted head sculpt with one-eyed mask, a meticulously tailored multi-layer Deathstroke suit with battle-damage and weathering effect, an interchangeable battle-damaged chest armor plate specially designed for the alternative katana holding pose. Complete with an array of detailed weapons including Deathstroke’s ballistic staff handle with interchangeable ends displaying different battle modes, a remote claw, a pistol, a katana, two grenades, several detachable bullets off from the shoulder armor and a figure stand with specially designed backdrop!