Hot Toys has released a batch of promotional images for the quarter scale series Darth Vader collectible figure which is based of the appearance of the Sith Lord in Star Wars: Episode VI – Return of the Jedi. The collectible is available to pre-order over at Sideshow now, priced at $575.00 and is expected to ship between October 2019 and December 2019; take a look here… 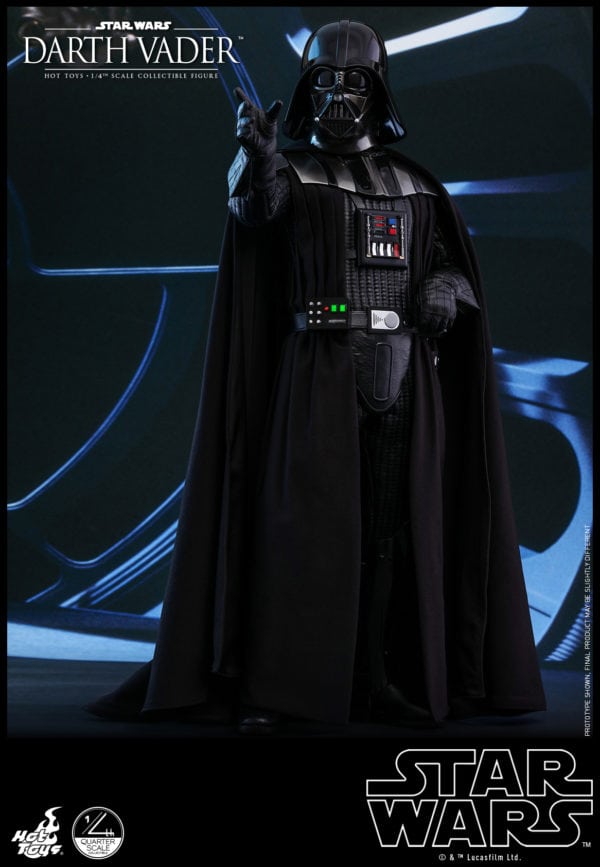 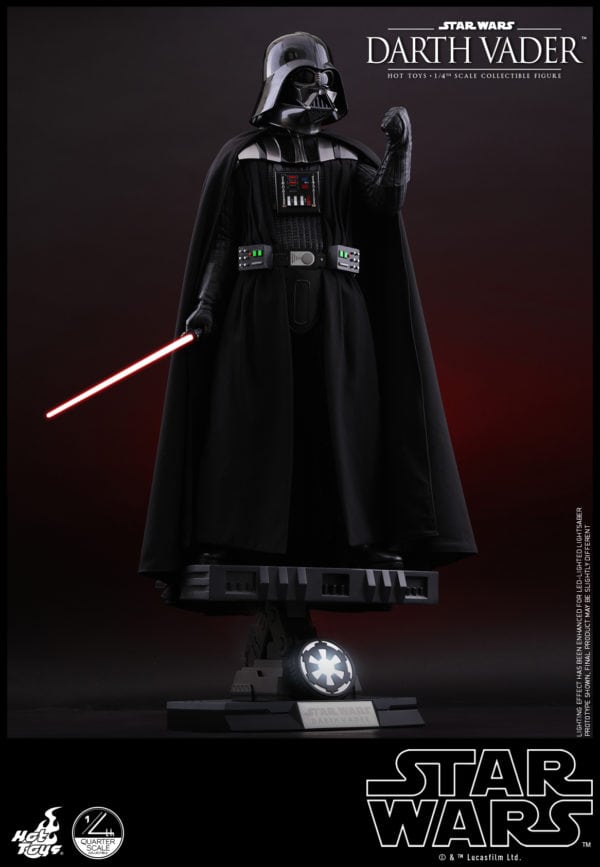 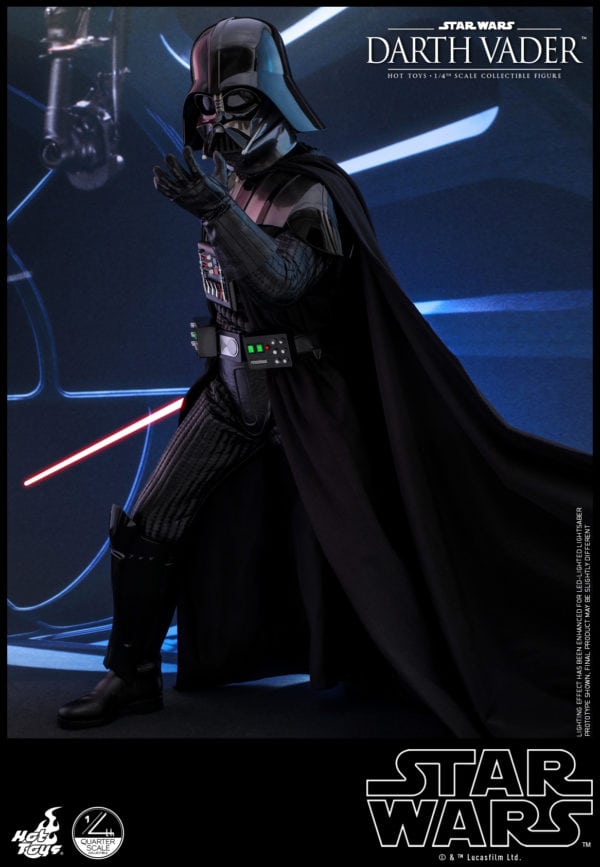 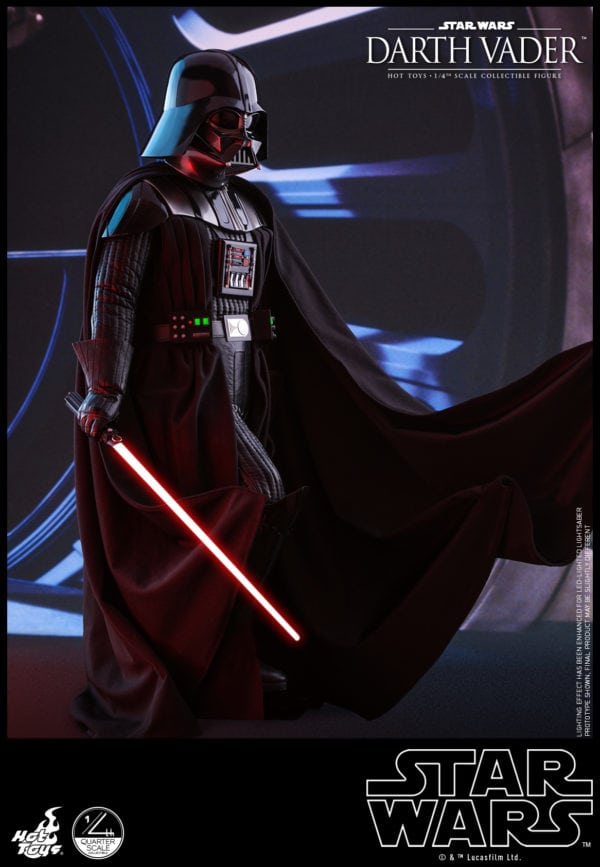 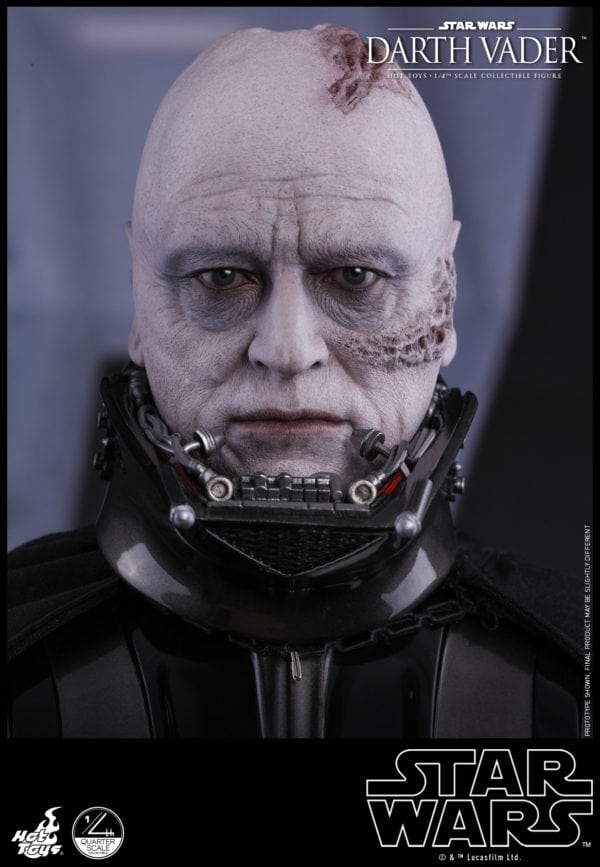 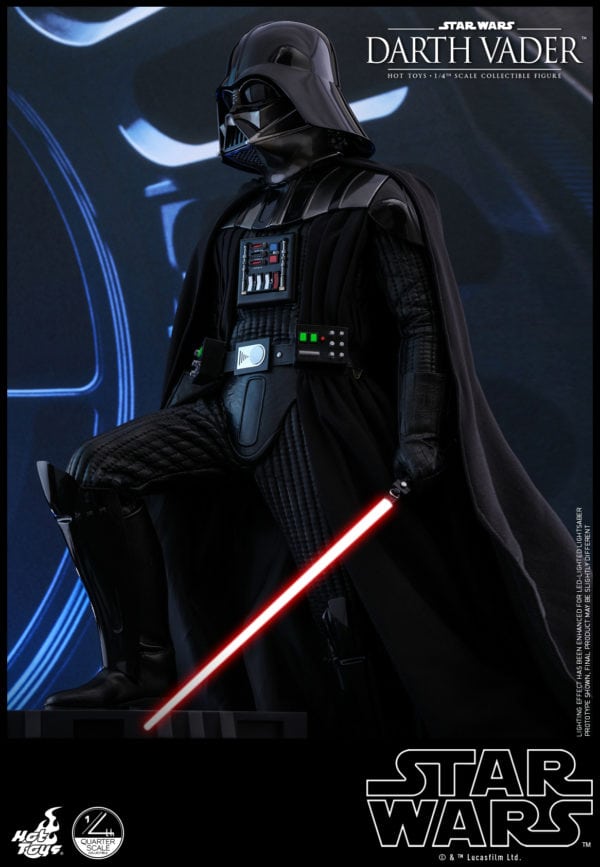 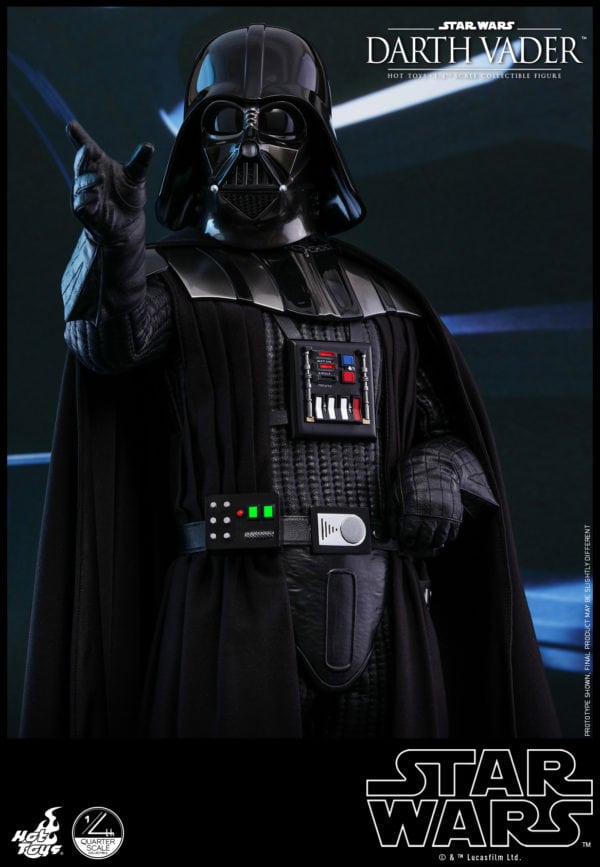 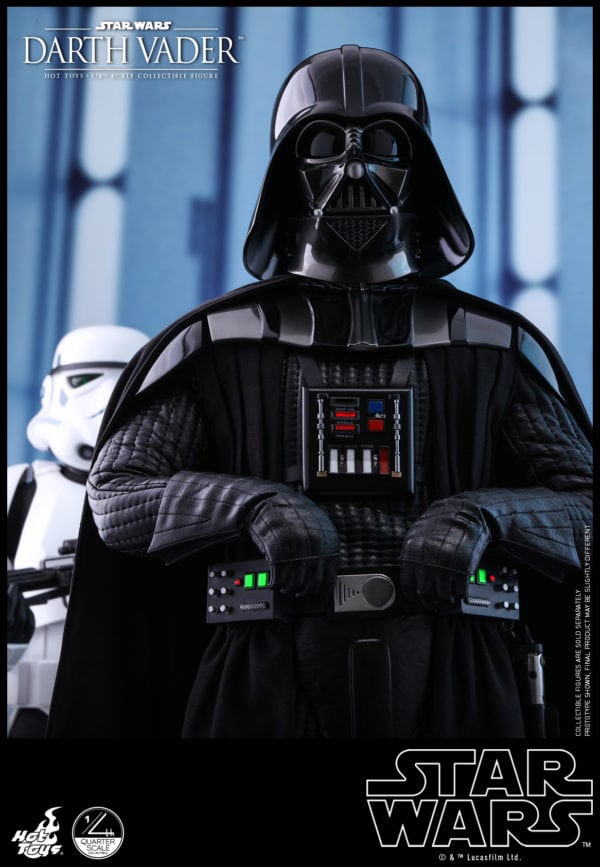 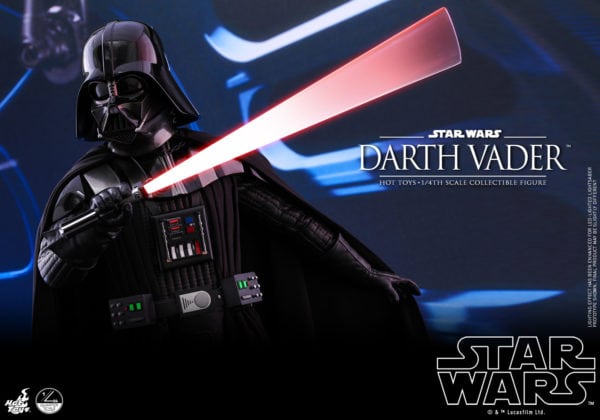 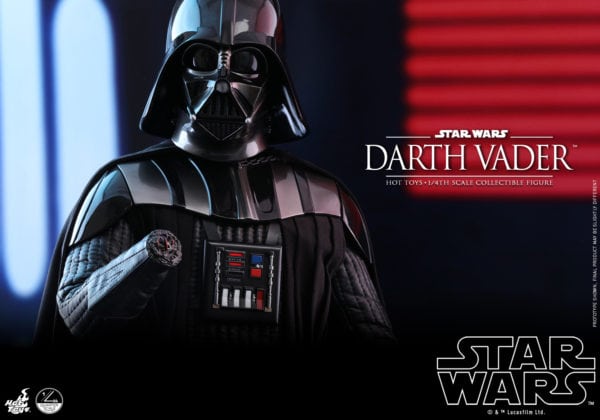 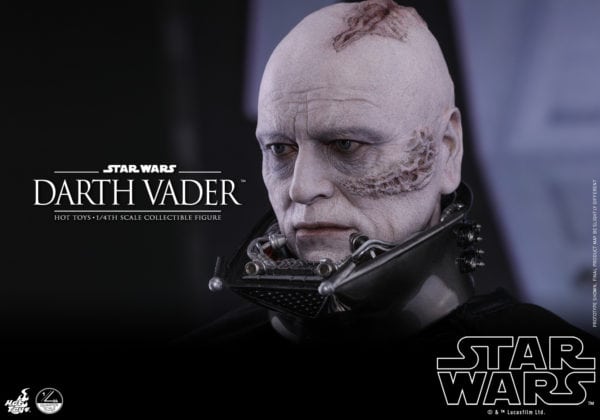 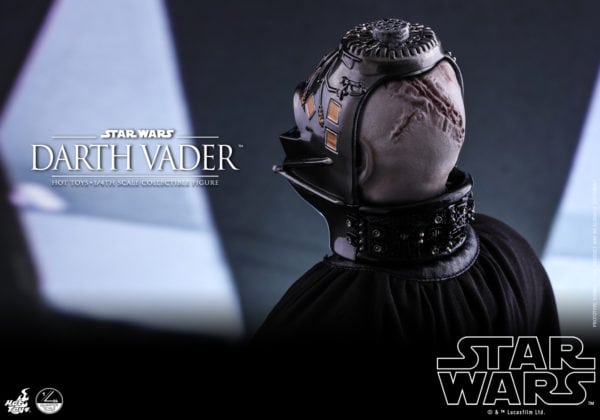 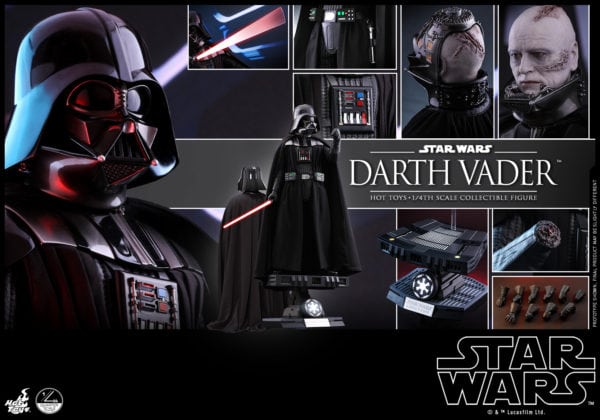 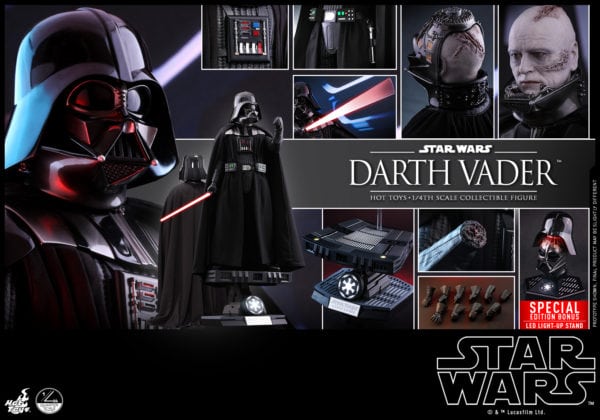 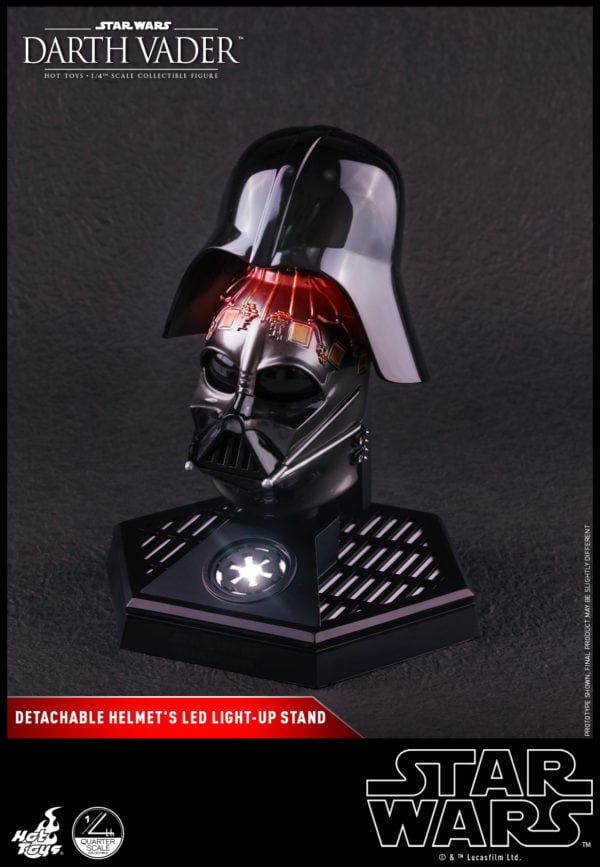 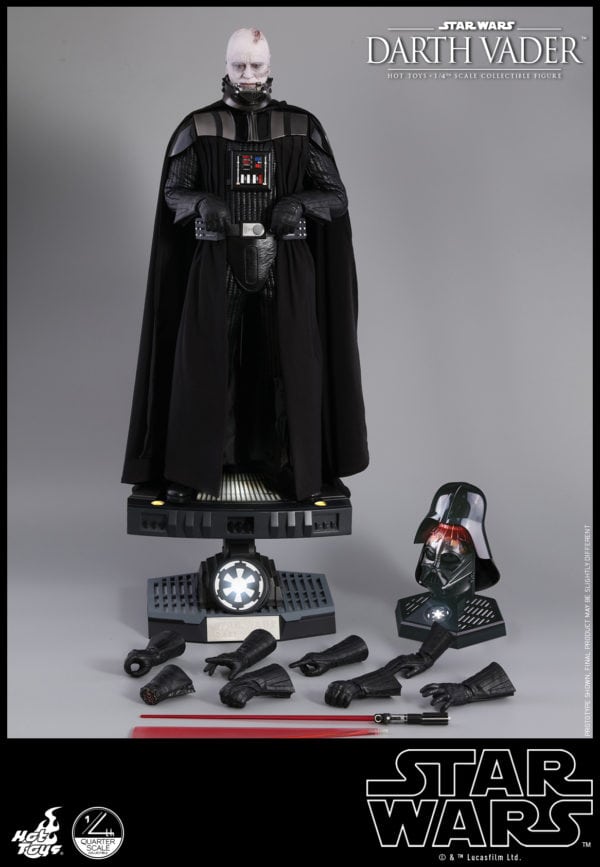 This highly-accurate quarter-scale collectible figure was developed based on the appearance of Darth Vader from the film featuring an incredibly meticulous helmet with interior mechanical details, and a newly developed unmasked head sculpt with amazing likeness. This figure faithfully replicates Darth Vader’s armor and outfit with an LED light chest panel and belt boxes, LED light-up lightsaber, interchangeable severed gauntlet and hand, as well as a LED light-up Death Star themed figure stand!

Special Edition includes an additional LED light-up Darth Vader helmet base! This Darth Vader Quarter Scale Collectible Figure from Hot Toys will definitely be an extraordinary centerpiece for any fan to add to their Star Wars Collectibles!