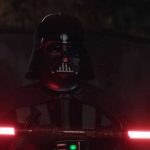 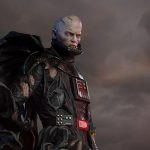 Sideshow has released promotional images for its new Darth Vader Star Wars Mythos Statue. The collectible is available to pre-order now, priced at $630; check it out here… The Darth Vader Mythos Statue measures 24.75” tall and 24.4” wide as the menacing Sith Lord stands atop the flaming wreckage of a Rebel X-Wing™ engine, battle-worn but […] 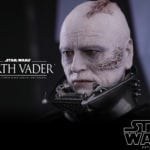 Hot Toys has released a batch of promotional images for the quarter scale series Darth Vader collectible figure which is based of the appearance of the Sith Lord in Star Wars: Episode VI – Return of the Jedi. The collectible is available to pre-order over at Sideshow now, priced at $575.00 and is expected to […] 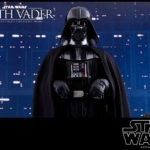 Hot Toys has released a batch of promotional images for its 1/6th scale Darth Vader collectible figure which is based of the appearnace of the Sith Lord in Star Wars: Episode V – The Empire Strikes Back; take a look here… SEE ALSO: Sideshow releasing a 7 ft 8 in life-size K-2SO from Rogue One: A […]

With all the drama surrounding Han Solo’s change of directors, it’s hard to figure out what exactly to expect from the film. According to one source, though, it seems Star Wars‘ iconic villain Darth Vader will be making another appearance in Ron Howard’s Anthology movie. Per That Hashtag Show, one of their sources close to the film’s […] 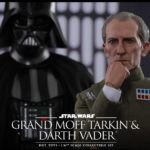 Ricky Church reviews Star Wars: Darth Vader #1… The most fearsome villain of all time returns with an all-new series! When Anakin Skywalker fell, both to the pull of the dark side and to the blade of Obi-Wan Kenobi, he rose back up, more machine than man. Having lost everything that was once dear to […]

Following last month’s correct report on who Scoot McNairy was really playing in Batman v Superman: Dawn of Justice (spoilers: it wasn’t Jimmy Olsen or Metallo), we’ve now got a Star Wars exclusive for you this morning on the casting of Darth Vader. It was reported last year that the Sith Lord would feature in Rogue One: […]

Warning: there are some minor spoilers for Star Wars: The Force Awakens in this post… There was quite a lot of speculation after the announcement of a new Star Wars trilogy about what the plot of Episode VII would be. As it turns out, a lot of them were wrong. But original screenwriter Michael Ardnt […]