Hot Toys has unveiled its Toy Fair exclusive T’Chaka Movie Masterpiece series collectible figure which is based on the likeness of the King of Wakanda in the Marvel superhero blockbuster Black Panther; check out the promotional images here… 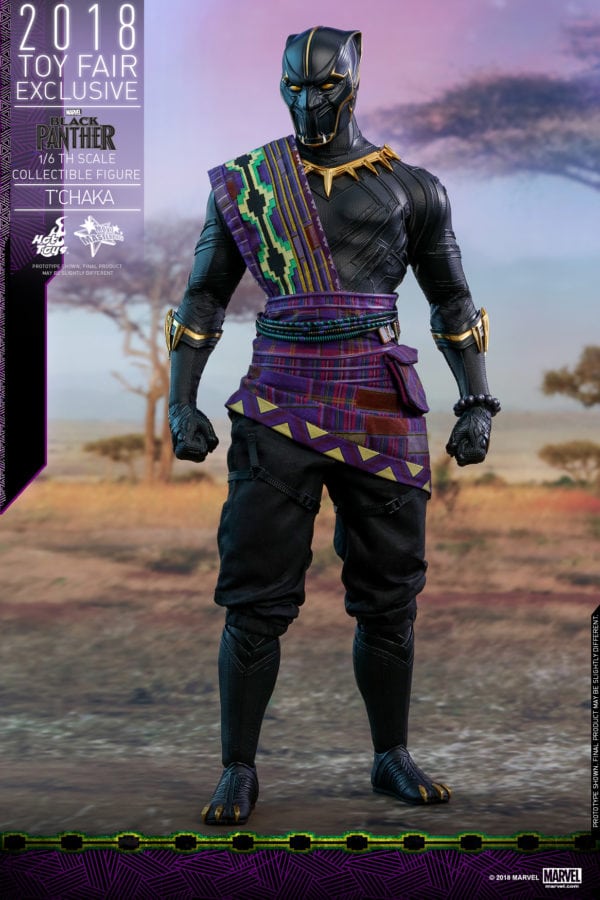 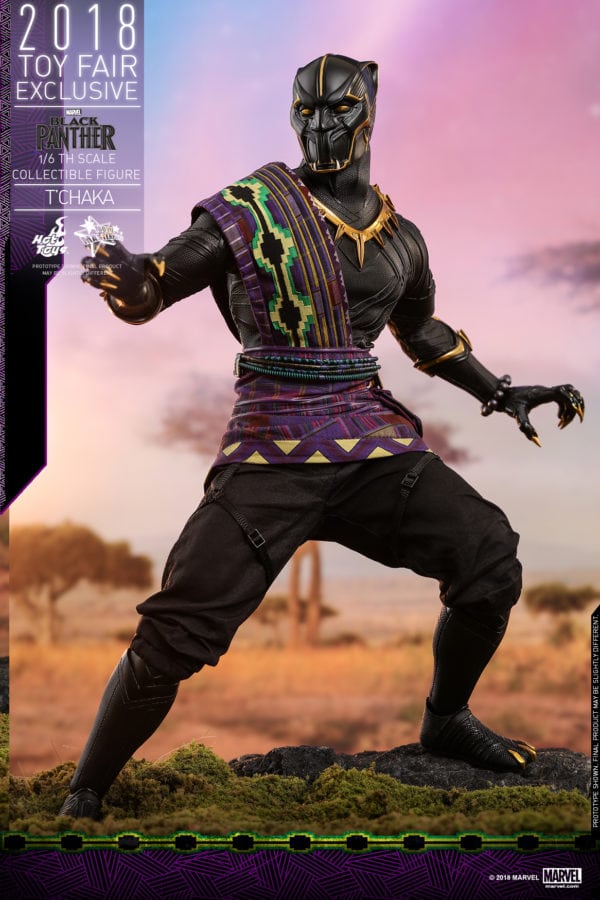 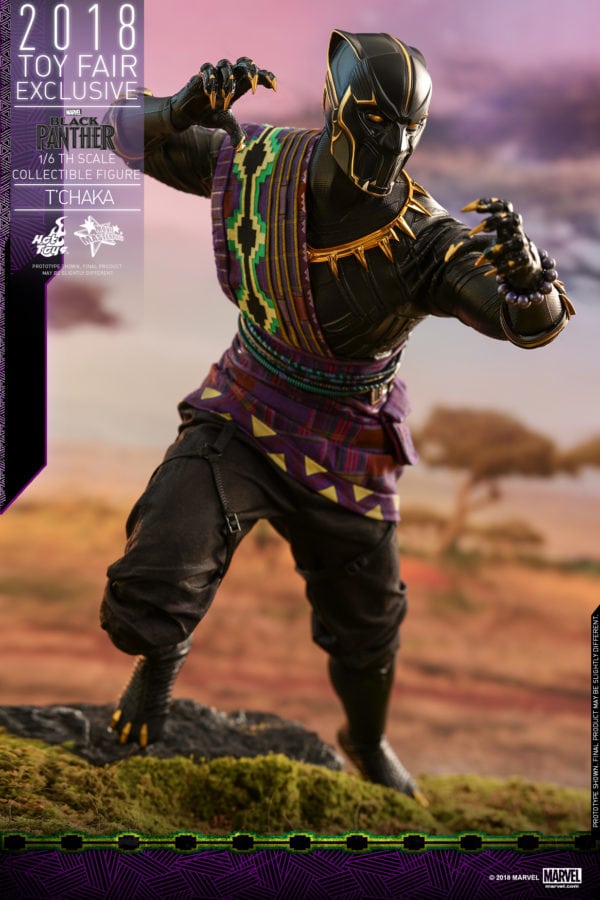 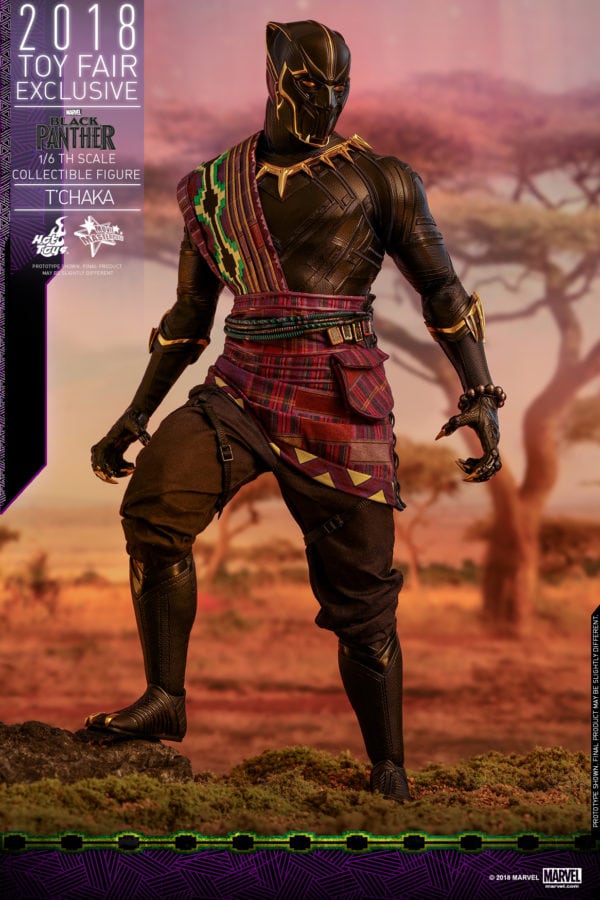 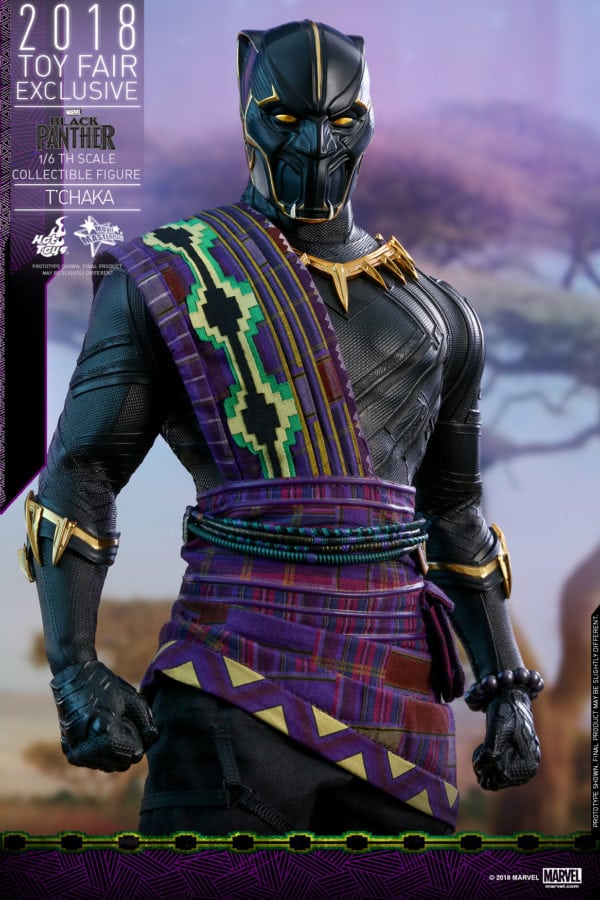 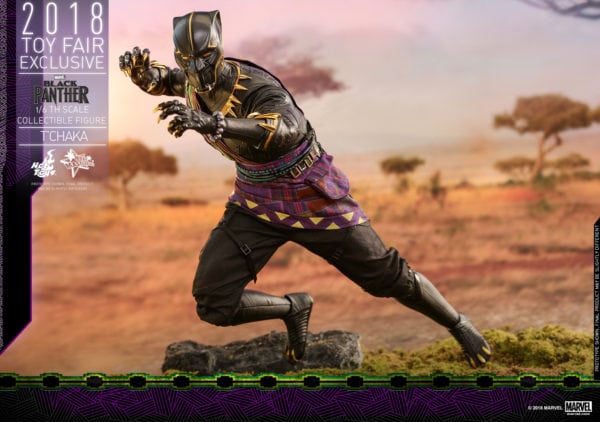 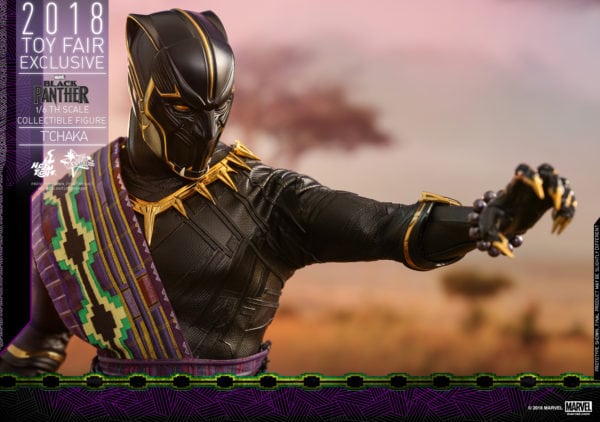 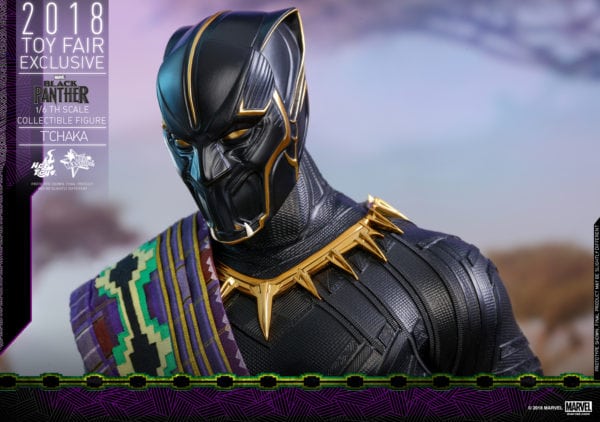 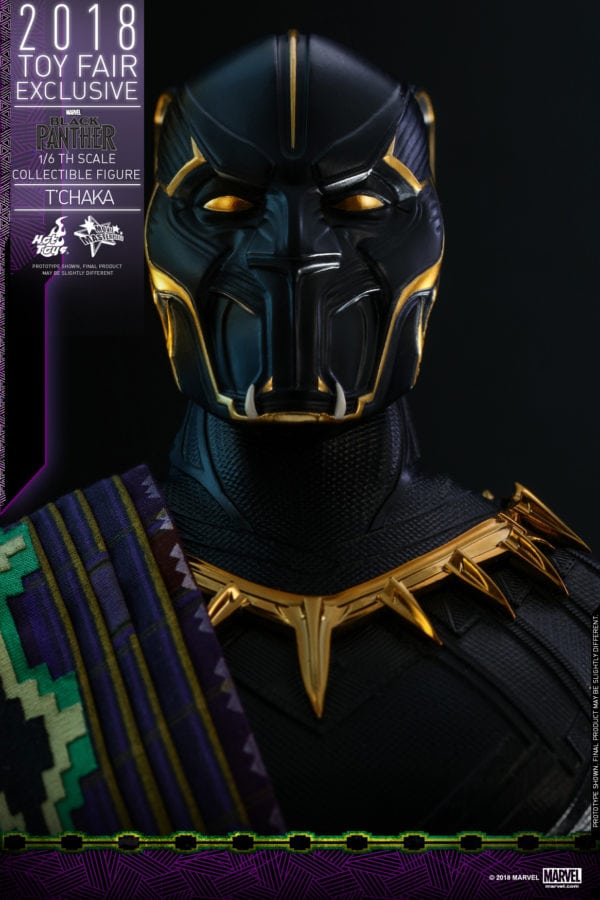 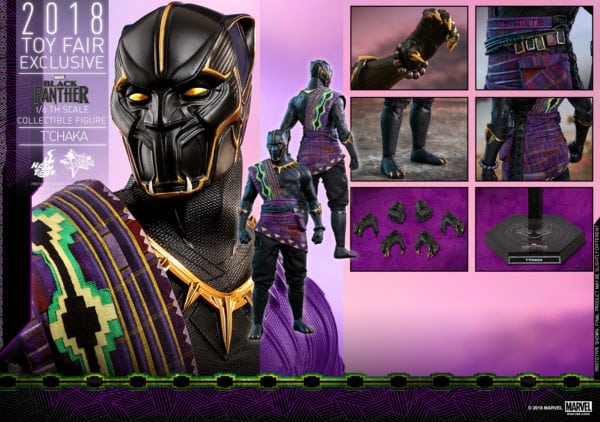 The movie accurate collectible figure is specially crafted based on the image of young T’Chaka in his Black Panther suit in the movie featuring a newly developed helmeted head with highly detailed textures and gold trims, a muscular body, a meticulously tailored black and gold colored battle suit with extreme fine details and textures, a beautifully designed Wakandan pattern sash decorated with waistlet, a fine Kimoyo Beads bracelet and a Black Panther themed figure stand! 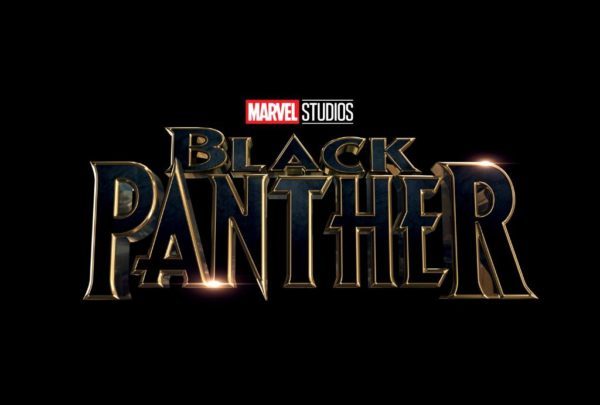