The first trailer for Cartoon Network’s animated series Mega Man: Fully Charged has been revealed at San Diego Comic Con and although brief it’s looking an absolute cracker of a series.  We have the trailer for you below so be sure to watch. 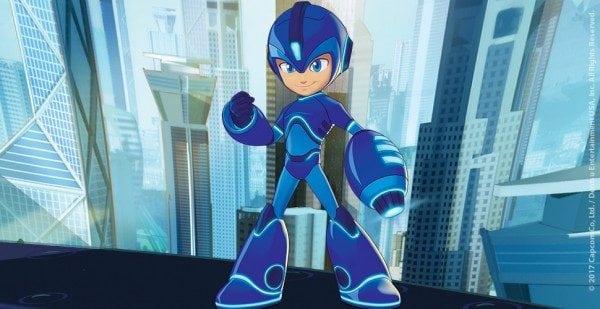 Mega Man: Fully Charged is the story of Aki Light, a schoolboy who has the ability to turn into the hero we know as Mega Man.  When his home of Silicon City is attacked by Sgt. Night and his evil team of robot masters Mega Man sees it as his duty to protect the citizens.  Using his Mega Buster arm cannon and his ability to absorb the powers of his opponents he defends Silicon City.  Other characters from the games will also make an appearance throughout the series.

The series is a collaboration between Cartoon Network, Man of Action Entertainment, Dentsu Entertainment USA and DHX Media and season 1 will run for 10 episodes.