With less than a month to go until Disenchantment arrives on Netflix, the streaming service has released a new poster from Matt Groening’s new adult animated fantasy comedy series featuring Princess Bean, Elfo, and Luci; check it out here… 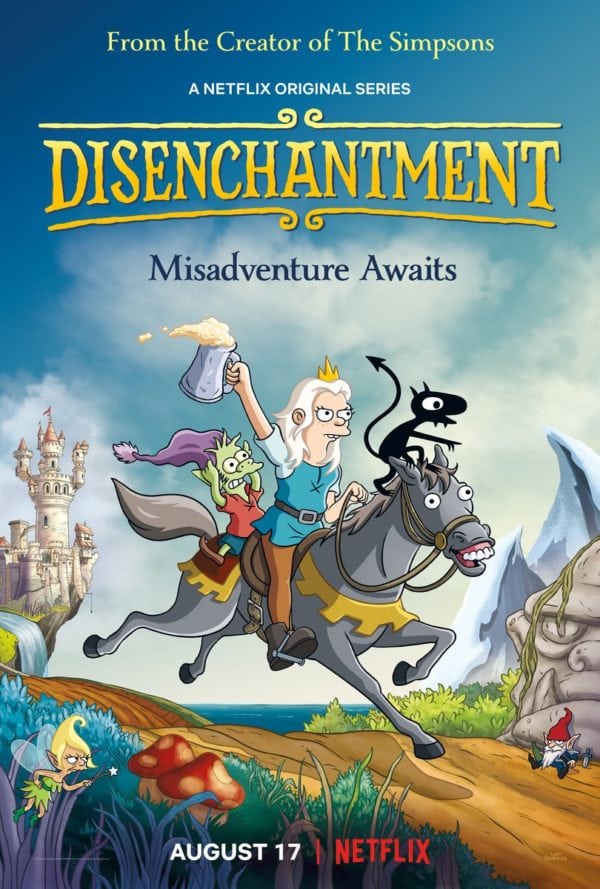 In Disenchantment, viewers will be whisked away to the crumbling medieval kingdom of Dreamland, where they will follow the misadventures of hard-drinking young princess Bean, her feisty elf companion Elfo, and her personal demon Luci. Along the way, the oddball trio will encounter ogres, sprites, harpies, imps, trolls, walruses, and lots of human fools.