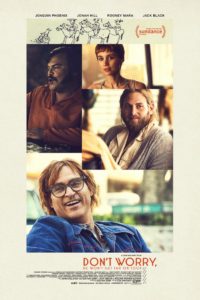 On the rocky path to sobriety after a life-changing accident, John Callahan discovers the healing power of art, willing his injured hands into drawing hilarious, often controversial cartoons, which bring him a new lease on life. 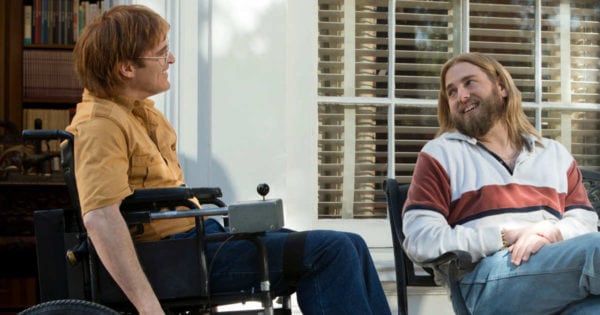 Aside from giving Joaquin Phoenix (it’s a close call, but he’s probably the most dedicated and impressive actor working today, already having one Oscar-worthy performance under his belt this year with Lynne Ramsay’s poetically devastating PTSD-ridden war veteran character study You Were Never Really Here, which as incredible as it is still isn’t even the peak of his career) a double whammy of a juicy role portraying an alcoholic and a quadriplegic, the latest from writer/director Gus Van Sant (Good Will Hunting) Don’t Worry, He Won’t Get Far on Foot is intriguing in the idea that complete paralysis paves the way for redemption and forgiveness (of both one’s self alongside others they have wronged in collateral damage from their dysfunctional behavior) from years of alcohol abuse. Typically, films where an able-bodied protagonist loses all mobility (or close enough to it) are the result of risky, adrenaline junkie antics, and more importantly, inflicted on those that already have a happy and healthy handle on life.

Here, we are introduced to John Callahan with the same joke presented at three different stages of his life – “I only know three things about my mom; she was Irish-American, she was a schoolteacher, and she had red hair”. John then proceeds to lighten the mood with dark humor by adding on “oh yeah, and she didn’t want me, so that’s four things”, which is nowhere near the most controversial thing about him or the cartoons he would go on to draw and get published from respected magazines following a near life-ending car accident during a night of irresponsible drinking and driving from one raging party to the next. With that said, Gus Van Sant (working from the now deceased John Callahan’s autobiography and his own script shaped by input from other storyboarders) successfully pulls off the tricky character transformation of taking a man who had probably endangered countless other lives before the involvement of his own accident, and creating a portrait of empathy surrounding the actions that led to the fateful night and beyond. 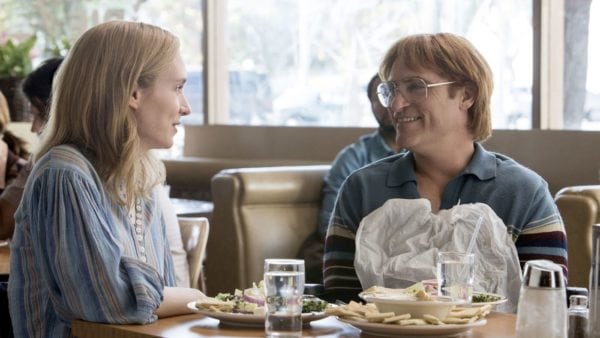 Structurally, Don’t Worry, He Won’t Get Far on Foot is as disjointed and all over the place as trying to remember the events of a drunken night of buffoonery while dealing with a pounding hangover, which presumably is the point. There are a plethora of supporting characters ranging from an unrecognizable Jonah Hill as a wealthy Alcoholics Anonymous coordinator and sponsor for those serious about recovery but also someone struggling with his own personal problems, Jack Black as the bad influence on top of John’s self-destructive behavior, Rooney Mara as John’s girlfriend (more on her presence in a moment because I can’t believe how wasted her entire character feels) and more, ranging from caseworkers to personal assistants. Naturally, all of these key figures in John’s life have varying degrees of screentime, but the hazy presentation makes it somewhat difficult to piece any of the relationships together in any meaningful way.

Case in point, take Rooney Mara as John’s girlfriend. She shows up following the paralyzing car accident, calls him special, gives him flowers, speaks to him for a bit, and sets up another appointment for later down the road. I would assume she is some sort of physical or mental therapist, but she is such an afterthought to the script and narrative that I literally could not tell you her exact occupation. She does go on to become a flight attendant when the pair eventually becomes romantic partners, but the point stands that everything here feels like a Wikipedia note and less of a deeper exploration between emotional and sexual love between a quadriplegic and an able-bodied woman. Surely, some of this would have been a strain on their relationship (I say all of this being physically disabled myself), but we only see the happy times. Furthermore, even that isn’t much at all, considering that Rooney Mara has so little screentime that I would be legitimately shocked if most of her scenes weren’t simply cut from the movie to trim down the running time. For comparison’s sake, John’s hamster Snickers has relatively the same amount of screentime as Rooney Mara. Why bother getting an actress of that caliber to give her basically nothing? 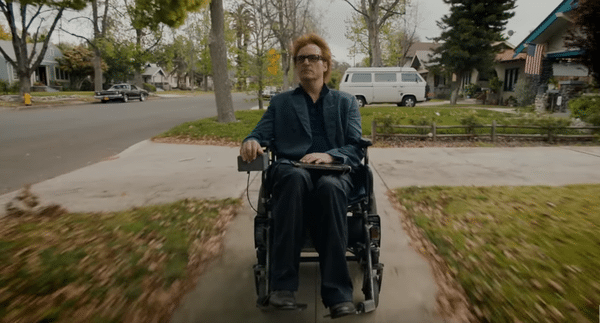 Not surprisingly, the tremendous talent on display from Joaquin Phoenix is enough to hold together the aspects that don’t work. The intentional nonlinear storytelling is fine in theory, but the execution is off and blatantly so considering that the film becomes more enjoyable after John hits rock bottom and swears off the bottle forever, which is where things become more straightforward. Also, while the non-politically correct cartoons John draws are fine, some of the quirky humor is cringe-worthy. There’s a scene where John, the playful and joyous soul he is after overcoming his alcohol addiction and earning a cartoonist job, is messing around with a group of teenagers and their makeshift skateboarding park, purposely and drives his power wheelchair over the miniature half-pipe ramp only to tumble over and out laughing about it. Just saying, I don’t think it would go down that way…

Anyway, Joaquin Phoenix is also terrific at the little touches of portraying a disabled man, especially incorporating the actual power wheelchair into his performance. Not everyone is terrible at getting accustomed to driving the chairs for the first time (back when I had the mobility to control mine, I had no problems getting around even the tightest of areas thanks to the hand-eye coordination growing up consistently playing video games gave me), but something about John’s jittery personality and the fact that in the 70s this was a relatively new technology, I believe that he would be the kind of disabled man routinely bumping into things and fleeing down city streets like a maniac. There’s also a moment where he’s having a serious conversation with Jonah Hill, also trying to raise his spirits regarding a rather depressing reality, so he intentionally nudges the power wheelchair against the bench he is sitting on. It’s a playfully annoying thing I used to love doing to my own friends. Of course, the film also touches on aspects such as baths, erections, wheelchair malfunctions, and a number of other little things, all of which Joaquin Phoenix excels at with, as previously mentioned, a committed performance. 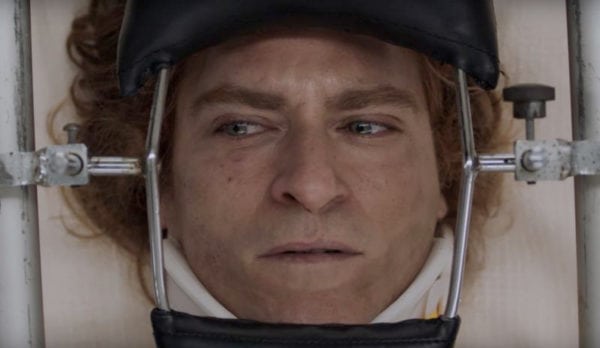 It doesn’t quite reach the emotional heights that it should, but Don’t Worry, He Won’t Get Far on Foot has a worthy message in artistic sensibilities being an outlet to defeat the all-consuming desire for alcohol brought on by a tragic life. The only way to overcome addiction is to replace it with another, more productive, addiction. Factoring in Joaquin Phoenix’s fascination with method acting, it’s all probably what lured him into bringing Joe Callahan’s story to life. Unfortunately, Gus Van Sant’s direction is all over the place narratively and occasionally tonally.