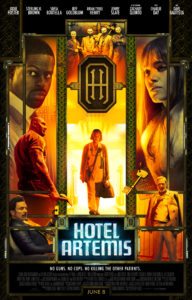 A hotel in near future LA that caters to and heals injured criminals is caught in the middle of riot. 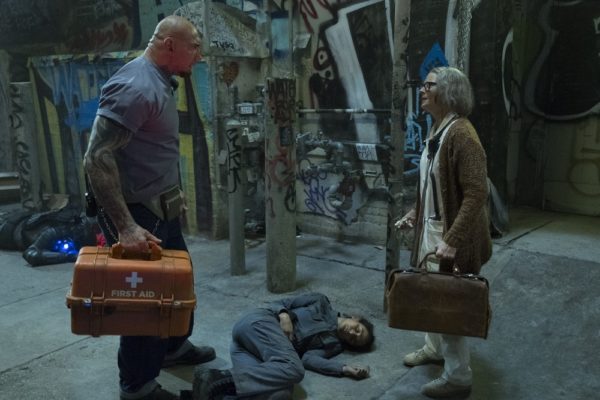 In writer Drew Pearce’s directorial debut he has managed to collect a group of highly talented actors both young and old and let them all be great versions of themselves, if only for a short time. After a botched heist attempt amongst the backdrop of a major riot, two brothers (Sterling K. Brown and Brian Tyree Henry) end up in the titular Hotel Artemis a subscription only emergency room for criminals. Run by the Nurse (Jodie Foster) and Everest (Dave Bautista) they encounter several other criminals and must all try to survive the night.

The concept is naturally going to be compared with the Hotel in John Wick, though unfortunately I don’t find this version as well-crafted or as nuanced as what we saw there. The plot doesn’t all mesh together perfectly, however it moves with enough pace to paper over some of those cracks and keeps you intrigued. Possibly it could have used an additional 20 minutes to flesh out some of the characters a bit more (Jeff Goldblum’s as the “Wolf King” and Brian Tyree Henry get shifted a little) however this may have taken us out of the moment. The finale gets a bit hammy with the dialogue but is well shot and exciting. 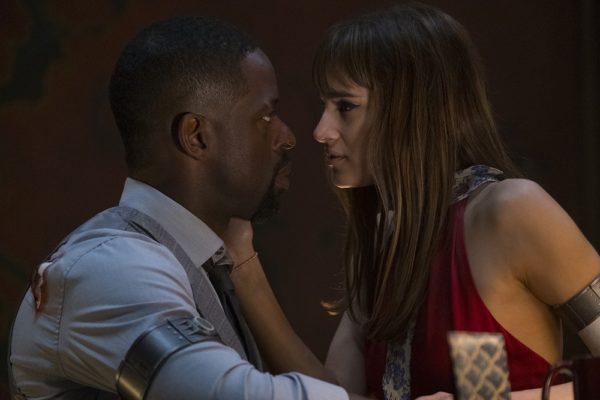 Where this movie separates itself is in the performances. Whilst the movie is short (running only 96 minutes) and seems to have a packed cast, the director has allowed them all enough time on screen to have memorable moments and this stellar cast can all deliver. Sterling K Brown is affably likable as Waikiki, you can’t help but root for him. Jodie Foster plays the tortured by her past Nurse with a mix of power, panic and fun that stands out as well, with Dave Bautista as the huge Orderly Everest bringing menace and laughs as only he can. Even those who are not on screen huge amounts like Jeff Goldblum and Charlie Day are excellent in their pieces and Sofia Boutella gets the best action sequences without a doubt.

Hotel Artemis is by no means a perfect movie. It’s plot feels like trying to fit together jigsaw pieces from different puzzles at times and makes it feel muddled, only connecting the dots when it’s quite late in the day. The final third ratchets up the stakes and dialogue but you struggle to care about the fate of certain characters as we had so little time with them. The performances are excellent though, the action is very well shot and there is always enough intrigue to keep you wanting more from all the characters and to understand the world they exist in more. It is fast paced, always primed for the action to start but waits until the right moment to explode into life.