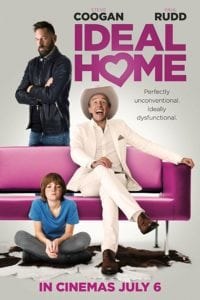 An affluent gay couple have their lives turned upside down when they have to look after a ten year old boy.  Their glamorous lifestyle is at odds with the demands of the child, who also happens to be the estranged grandson of one of them. 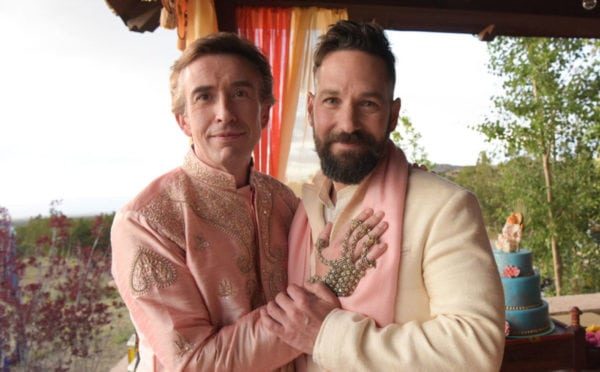 We all love Paul Rudd, don’t we?  Cinema’s favourite Mr Nice Guy – despite his recent efforts to jokingly undermine his reputation – has hardly put a foot wrong so far.  Good looking, eminently likeable, with great comedy chops and more than enough acting ability to do something more serious as well.  What’s not to like?  His latest outing, Ideal Home, that’s what.

Admittedly, you get plenty of Rudd for your money, so fans won’t be disappointed in that sense.  He’s a TV director, also called Paul, in a long standing relationship with pompous TV chef Erasmus Brumble (Steve Coogan), living in a luxurious Santa Fe ranch style home.  They’re one of those couples who thrive on bickering and, because they work together, it hardly ever stops.  But their lifestyle is upturned by the arrival of Erasmus’s ten year old grandson, who they have to look after.  Whether they want to or not – and, indeed, whether the child wants them to or not. 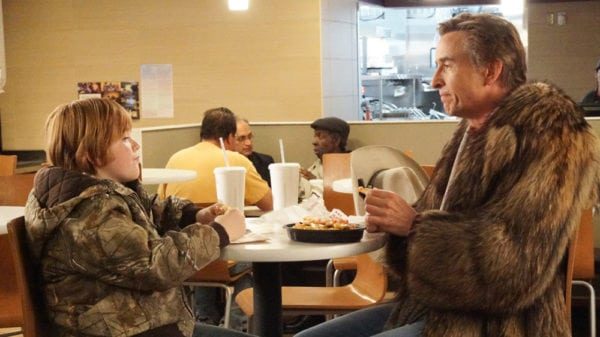 We’ve been here before so many times that we’ve lost count: the selfish, substitute parent(s) having to step in and then finding satisfaction in something they’d hitherto avoided.  It’s been done so often that you start scrutinizing the film perhaps more than you would otherwise.   Admittedly, director and writer Andrew Fleming tries to add something new to the mix by focusing an openly gay couple (played by two straight actors) who work in the media, so appearances count for everything with them.  But it doesn’t make that much difference: the concept is still way too familiar and you just can’t get away from it.

Giving Coogan’s character an outlandish name like Erasmus Brumble is an open invitation to him to go right over the top and create a caricature.  Which is exactly what he does.  We’re watching Alan Partridge’s camp first cousin but in a Stetson, with all the inevitable tactlessness and clothes that are nearly as bad as the sports casual style favoured by Norwich’s Finest.  And, because Erasmus is a TV chef, it’s hard to avoid another comedy character, albeit a very British one: Miles Jupp’s Damien Trench from In And Out Of The Kitchen, another gay celebrity chef.  It’s not a recipe works, as Erasmus is pompous and selfish and you wonder why the more down to earth and sympathetic Paul puts up with him.  If there’s one thing that convinces about the two, it’s the bond between them: the two actors definitely create some chemistry on screen, despite Coogan’s over-acting.

While some of the comedy moments work, many more of them are utterly wince making, missing the target by a mile either because of the writing, bad timing or a combination of both.  The likes of Coogan and Rudd deserve better, but they don’t get it here.   And the whole thing comes adrift when the grandson is re-united with his absent father: the film loses its focus and the final section looks like a bolt-on with Fleming having completely lost his sense of direction.

As the credits roll, up comes a series of photographs of same sex parents with their children.  Which hammers home that a huge opportunity has gone begging, one to make a film about the challenges that go with that situation, despite an apparently more tolerant society.  It could still have been a comedy, or a dramedy, but one with subtlety and thought.  Instead we get something that’s the cinematic equivalent of Erasmus’s garish TV show and has little to offer in terms of either flavour or taste.  Especially taste.