The Forest of the Lost Souls (A Floresta Das Almas Perdidas), 2018. 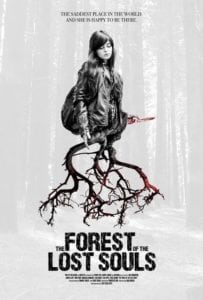 Dense and scarcely populated, two strangers meet within Portugal’s most popular forest for suicide. Events evolve and transpire to reveal the persons still walking in the forest don’t have the truest intentions. 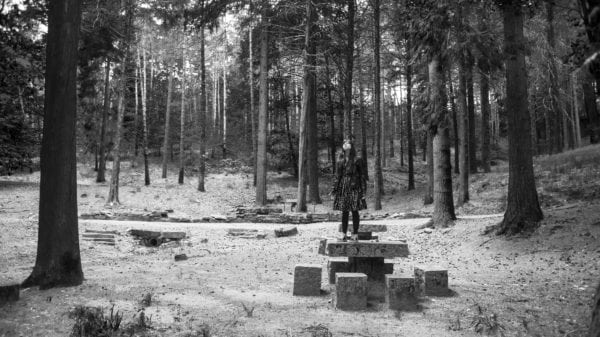 Thematically duplicitous and thoughtfully layered, José Lopes’ film playfully muddles and manipulates the viewer’s idea of the direction of the narrative dozens of times before the film even hits its halfway mark. One of the most vibrantly creative narratives to come out of the 2018 thriller genre, José creates distinctive moments of unimagined drama, lead the viewer down alleys of phenomenalism, tautly contained within the short parameters of the total 70 minutes of viewing time.

Beginning with an attractively melancholic score, Emanuel Grácio’s music accompanies the tone of the film wonderfully, working in tandem with numerous other components of the film. The music and tone work tirelessly to inform one another as slight changes throughout the film begin to distort the style into something other. You won’t recognise this film’s start from its end. 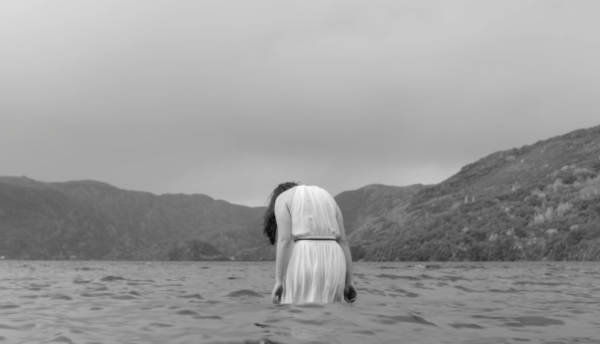 Second to the noticeably well-crafted music score is the spectacular effort and talent of the cast. It is a refreshing rarity to be able to watch a film and write that every actor was able to hold their own, with some daring to outperform the most well-established names. Daniela Love and Jorge Mota possess complete control over their characters and work together perfectly. Their conversations, interactions and understanding of one another establish the poignancy of the narrative. What is usually very difficult for any actor, Love and Mota make look effortless; to breathe life into a conceptual and evocative subject demands a high level of believable sincerity, something both of these actors are able to consistently achieve. Much of José’s writing allows a creative space where Love and Mota’s characters can really be explored. They navigate and dance around the ideologies and decisions that have taken them to the forest with humour and grace. Their deflections and gradual openness to each other reflect the honesty of their situation and shared reason for being in the forest.

The light and dark of the monochrome black and white cinematography frame José’s film wonderfully. Small details like the decision to change the saturation of the foreground to become darker and lighter, reflecting moments on suspense and relief throughout the narrative, allow The Forest of the Lost Souls to compete with 2018 strongest horror flicks. The stylised choice to film this way interplays spectacularly with the drama that unravels, mirroring the tone frame by frame. Something you don’t notice majorly throughout the film but continues to inform the way you view it. 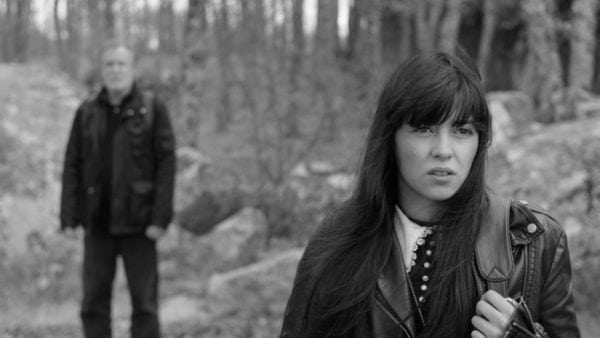 The dynamic arrangement of visuals, coupled with creative camera play, work to emphasise meaning and misdirect, a technique that is rarely so well achieved by directors so early on in their career.  José has hold of his audience from the get-go, leaving no time to show off what grasp he holds over his audience. Before the film’s midway point, the theme, narrative and intentions of film flip unsuspectingly. What was darkly funny, deeply moving and existential becomes twisted and captivating. José takes your hand and sprints into a labyrinth of chaos that ends with an introduction between the viewer and the personification of death. The tagline, ‘sadness will last forever’ is a summary that this film lives by.

It is hard to write deeply about José’s film without giving away what makes it so thought-provoking. There is an innumerable number of elusive moments that build the exploitation of two genre’s not often placed together in the same film. José creates the perfect set of circumstances that allow Daniela Love to fully explore every facet of her acting capability. Her performance is one of the most stunning features of this film. What you might realise as a viewer is that each directorial choice José makes is deliberately chosen with precision to build a narrative that reveals a more complex chronicle on second viewing. 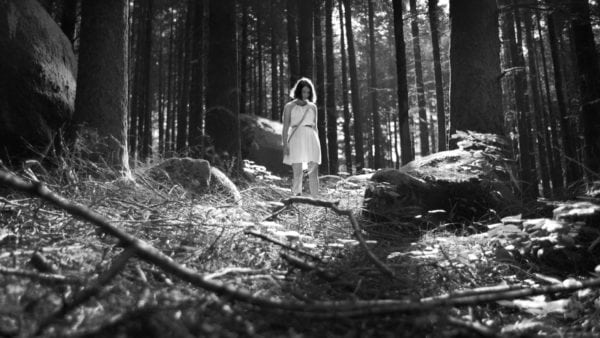 It is true that José’s film won’t appeal to everyone. Its narrative, although thoroughly manipulative and captivating, loses its potency towards the end 15 minutes. In trademark boldness, José tries to take the film’s genre full circle arriving where it began. The result feels only slightly rushed, but it is enough to notice it and affect what you take away from the film. The Forest of the Lost Souls lies between the genres of art house and horror and takes full advantage of its odd place. Such directorial confidence carries the film the forward and permeates the through to the acting and cinematography but holds with it the capability to confuse its audience. José’s film is a startling film that deserves to be seen and judged personally. If you have just over an hour and a week’s worth of free time to process and painstakingly recall and question it, go and see it.