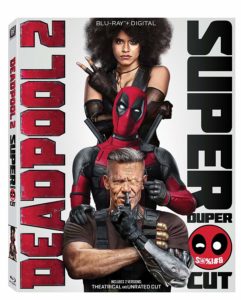 Wisecracking, indestructible mercenary Deadpool is back in a sequel that holds its own compared to the original. Some of the X-Men are back for this one, which features the film debut of Cable. The Blu-ray includes a longer version of the film as well as a copious amount of bonus features. You should be satisfied and ready for Deadpool 3 after this one. 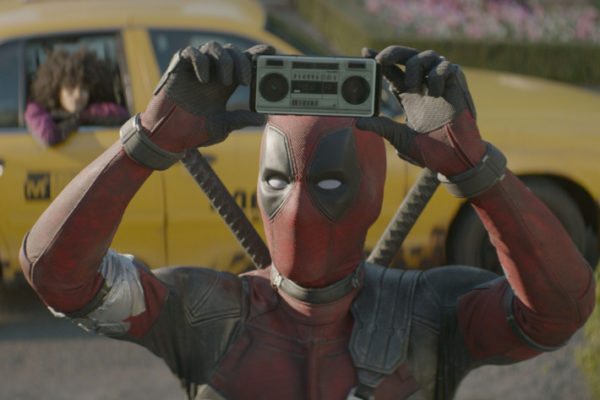 A warning: It may not be a good idea to watch Deadpool 2 and then respond to a co-worker’s message about a project. You might come across a little more flippant than you meant to. Luckily, I work with people who appreciate a certain, shall we say, quirkiness in their colleagues. Your mileage may vary.

In other news: Deadpool 2 is a worthy sequel to the original film starring a wisecracking mercenary who breaks the fourth wall while killing bad guys and using his mutant powers to survive just about anything, including the loss of limbs. Take Wolverine, without the claws, and add Peter Parker’s “quick with a quip” capability, but dial it up to 11, Spinal Tap style. If that sounds appealing, then you need a Deadpool double feature one evening soon.

This one picks up two years after the end of Deadpool. Wade Wilson and his girlfriend Vanessa are happy and planning to start a family, but his life usually crashes when things are starting to go well, and the first 20 minutes of this film are no exception. A distraught Wilson blows himself up in despair, but Colossus collects the pieces of his body and puts him back together, allowing him to regenerate and reluctantly accept an offer as an X-Man (trainee).

Wilson accompanies Colossus and a couple other minor X-Men (there’s a great joke that addresses the fact that it seems like they’re the only ones in Professor X’s mansion) on a mission to deal with an unstable mutant child at an orphanage. Wilson realizes that the kid has been abused and takes his anger out on the orphanage staff, which leads to him and the kid being arrested and sent to a prison for mutant criminals.

Meanwhile, Cable makes his movie debut. He’s after the kid because the child is responsible for widespread death and destruction in the future, and Cable’s wife and child are among the victims. After Wilson escapes from the prison, he puts together a team he calls X-Force (because it’s gender neutral, unlike the X-Men) as he seeks to defend the kid from being killed by Cable. The plot builds toward a final confrontation that has a nice little twist at the end. A couple amusing mid-credit scenes close out the film and hint that perhaps Fox could build an X-Universe of movies that replicate what Disney has done with the characters that weren’t licensed out to other studios.

This Blu-ray release, dubbed the Super Duper $@%!#& Cut, is a double-platter set with two versions of the movie on separate discs and a code that includes them as well as the bonus features. I’m not sure why both versions of the film weren’t included on one disc with seamless branching, since DVD was capable of that, but I’m not a super whiz with the technical aspects of Blu-ray, so cut me some slack. 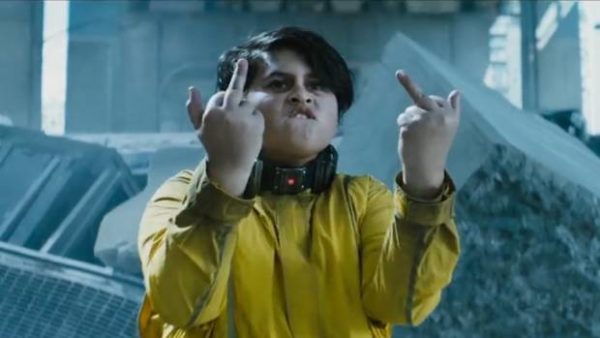 The Super Duper Cut adds about 15 minutes to the movie, including extensions of scenes as well as some new sequences, such as Wilson’s multiple attempts to kill himself and more time with the orphanage’s headmaster. Many of the jokes and bits of dialogue are actually different too, since Ryan Reynolds and T.J. Miller improvised much of it while filming. I found it a bit bloated compared to the theatrical version, though.

The bonus features, which are only on the disc with the theatrical cut, include:

An audio commentary with Ryan Reynolds, David Leitch, Rhett Reese, and Paul Warnick. The star and director are joined by the writers for a lively group chat that’s peppered with Reynolds’ jokes. It’s like the guy was born to play this role.

Deadpool’s Fun Sack 2 (38 minutes): This consists of photos you can advance through as well as a hodge-podge of videos, such as Deadpool imitating Bob “Happy Trees” Ross, the trailers, some music videos, and more.

3-Minute Monologue (2 minutes): Brolin is a wisecracker too. Here he jokes around while his Cable make-up is applied.

Deleted scenes (3 minutes): These are two scenes cut from the film. Baby Hitler, which of course is a joke Deadpool makes when talking to Cable about his time travel ability, plays a part here.

Deadpool Family Values: Cast of Characters (15 minutes): Where Deadpool told us the first film was a romance, he says this one is a family film, and he ends up being right … in a way. This featurette covers what family means to the motley characters in this sequel.

David Leitch Not Lynch: Directing DP 2 (11 minutes): Leitch talks about directing the movie and how his career led him to this point. Others chime in with praise for him.

Deadpool’s Lips are Sealed: Secrets and Easter Eggs (13 minutes): This may not have been as highly anticipated as the new Avengers movie, but Fox still wanted to keep certain things about it a secret. And, of course, what would a movie like this be without its share of Easter eggs? (A woefully lacking movie, that’s what it would be.)

Until Your Face Hurts: Alt Takes (9 minutes): An EPK-style piece about the approach to writing the sequel and how Reynolds contributed to the script.

Roll With the Punches: Action and Stunts (7 minutes): I think this one probably has more big set pieces than the first film, and this short piece talks about them.

The Most Important X-Force Member (2 minutes): A regular guy named Peter is added to X-Force despite his inability to do much of anything, so of course he gets his own two-minute look.

The Deadpool Prison Experiment (11 minutes): This one covers the time Deadpool and Firefist, the young mutant at the orphanage, spend in a prison for mutant criminals called the Ice Box.

Chess With Omega Red (1 minute): He shows up in the Super Duper Cut in that aforementioned prison. This talks about putting him in the movie.

Swole and Sexy (2 minutes): This focuses on the minor characters in the film.