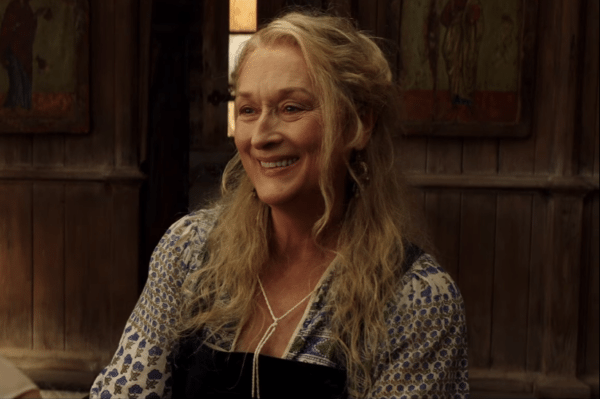 Demolition Man screenwriter Daniel Waters has revealed that producer Joel Silver was keen to develop a sequel to the 1993 action blockbuster starring Sylvester Stallone and Wesley Snipes – one that would have seen Meryl Streep playing the daughter of Sly’s John Spartan.

“I get a call from Joel,” Waters tells The Production Booth podcast (via Screen Rant). “‘What do you think of this? Meryl Streep is Stallone’s daughter for the sequel. What do you think?’ I’m like ‘Okay, you get Meryl on the set and I’ll come out.'”

A sequel to Demolition Man never ultimately materialised, and Waters doesn’t give any indication as to whether this was just Silver throwing out some ideas, or if there was any approach made towards the three time Oscar winner to gauge her interest.

Demolition Man sees Stallone as John Spartan, an LAPD detective who is arrested for manslaughter and incarcerated in a Cryo-Penitentiary before being thawed 36 years later to track down his arch-nemesis Simon Phoenix (Snipes), who has escaped from custody.

Waters went on to reveal that a deleted subplot from the first movie would have focused on Spartan’s efforts to track down his now-adult daughter, but the idea was removed during editing as Silver thought this was an interesting concept for a potential sequel.