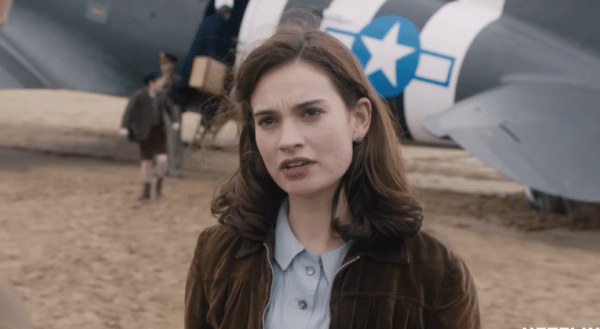 Speaking of Guernsey, let’s talk about the film now. This is Netflix original movie, and an adaptation of the historical novel of the same name published back in 2008. It’s interesting, because it’s a comedy-drama, but one that tackles a tough subject which was Nazi occupation during World War II. For you as a composer, how do you balance those moods? Cause you have to make sure the serious moments are dark and the lighter moments bright. It’s one of those things that I imagine must be difficult.

Yes, but funnily enough, if somebody had asked me what kind of film Guernsey was, I almost wouldn’t use the word comedy, because I think ultimately it is a drama with some light and warm moments in it. The title itself, even though that is the title of the book, caused quite a lot of reaction. People were asking “oh why is there a film called that?!” Well, because it’s the title of the book! [laughs]

But I think this title immediately evokes something funnier or lighter than what the actual subject is because a lot of people I know that went into the film and came out surprised: it was in the theaters here in the UK and in Europe. But a lot of people went in and came out sobbing in tears, saying to me “Oh my God, it’s so dark!” It’s not a predominantly dark film, but there’s a lot of sadness in it, and it’s very touching and it’s very warm and I think for me it wasn’t such a difficult balance to achieve in the score because, whenever I approach any film, as long as I address the story’s needs and the emotions of each characters’s scenes, then I’m okay. And the stronger the story or the stronger those characters and the actors performances, then the easier my job becomes.

Guernsey was not only so beautifully directed by Mike and edited by Paul Tothill, it also had really strong performances and a beautiful story. It was a gift to score!

The cue that I thought was the biggest challenge to write was the end romantic scene because romance, I believe, is quite hard not to be cliche in. And it’s quite difficult to do a happy ending, because you can go too happy and too romantic and it can really push it over the edge. I wanted to be very careful. I’d written a cue for the end of the film early on (to get the cue I was most frightened out of the way!) which was a bit more ‘sappy’ (!) but sat on the timeline for months. But two days before the recording session, when everything was scored and prepped, the producers asked if I could do a new version, ‘just in case’. So I wrote it that night between 9PM and 3AM!

I’m really glad I did, even though that night I was in a panic, because by then I had all the themes of the film in place, that I hadn’t had when I originally wrote that cue, and then suddenly it made more sense to me what was needed and what theme belonged there. Because I’d originally been so frightened by that cue, it was one of the very first that I wrote, and I probably should have saved it to the end. So it was a good thing that I was asked to rewrite it at the eleventh hour!

I’ve watched so many romantic movies in my life, so many, and I’ve watched a lot of more of them since I did Guernsey to examine the endings, and it’s really interest to see what music music is written for a romantic ending.

No, that’s amazing to hear, and it’s intriguing that this process turned out to be a very positive experience for you, in spite of the difficult moments. And I understand that you became familiar with the novel as you entered production. Is that something you tend to do for films adapted from literature? Cause I know sometimes directors ask their cast and crew not to read the book because they want to do something different.

When I was first approached for the film, which was last April, and they were shooting the movie at that time, my music was introduced to Paula Mazur via my agent. Paula liked my music, so then it got sent over to Mike and then on and on the process went.

But when I was first told about the project by my agent, I didn’t know the book. And I needed to prepare a pitch. I remember putting the phone down from my agent and going “Oh my God, what am I going to do?” And I quickly looked up the CliffsNotes and read this quick synopsis of the book and all the character descriptions. I read it as quickly as possible and I prepared my pitch based on that.

Then it was many weeks later when I was in the process of still being considered for the film, because it took quite a while for me to be actually contracted to do the film. So during the whole process of being considered, I read the book so that I had more insight in case they wanted me to write another pitch.

The script of course deviates from the book and I was surprised when I saw an early cut by the changes introduces, but I think so successfully done.

I’d almost like to say to people don’t read the book before you go see the movie, but read the book after [laughs]. But it did help. It really helped me understand the story and the characters because the novel obviously goes into much more depth because books can. There’s no ‘two hour’ duration a book has to consider! 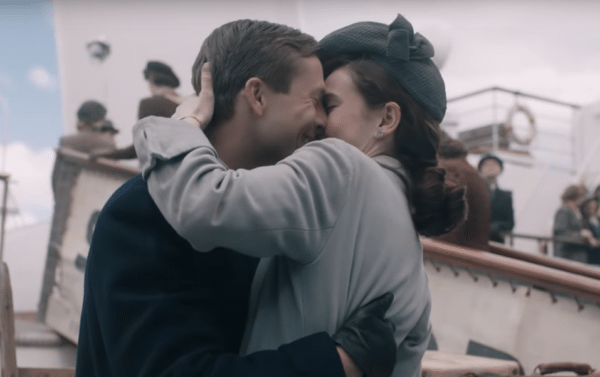 That’s true. I’m glad to hear the book expanded your appreciation of the script and what Mike Newell was doing with the narrative.

I remember during the edit Mike was trying all sorts of things in the suite, like to make it even darker and harder. I think the British audience may well have embraced more darkness, however dark you go with that side of that story, especially during World War II because it’s so close to home.

The film represents what the book has in it, which is a real balance of light and dark. Plus the character of Juliet in the book is a very strong female character, and I remember saying to Graham Broadbent, one of the producers, in one of the early meetings that I so empathized with Juliet as a character, as a female, because she is very modern, even though its based in 1946. She’s a very strong character. It’s one of the reasons I loved the novel, because she’s quite a bright and strong character.

And I haven’t seen the film yet myself, but based on the trailer it definitely seems like it has a well-written female character. And Lily James, of course, can be trusted to do a phenomenal job as usual.

Yeah, she is just lovely in it. They are an amazing cast.

And this is a period piece, so there are a lot of costumes and lavish locations. It’s a gorgeous film to look at. I know you’ve composed for a lot of theater productions, which have a similar focus on the set and art design of their play. Did you find that you were able to bring any of those experiences into The Guernsey Literary and Potato Peel Pie Society in terms of working with similar aesthetics, or are film and theater too different to compare?

Your question is spot on. I give talks to young composers and I always say it’s funny going back on one’s life and seeing what you’ve done and its relevance in your life. Scoring for theatre is an almost identical process as scoring for film. I am supporting the drama and the story. The only difference is that you are not having to sync to picture.

I am always comfortable working with story. That’s what has been with me all my life, it’s my love of story, of a good story.

Even though one would think they are different mediums, they have strong similarities then.

Well certainly when it comes to storytelling. I mean obviously technically it’s going to be different, but what the music is doing is the same…ish. [laughs]

[laughs] Now I just have one final question I like to ask every composer I speak to. What are three pieces of music that have had the greatest impact or influence on you as a composer? They can be a band album, a classical piece, a movie score, etc…

I should’ve had five days days notice for that question Red [laughs]! I have probably got the most eclectic taste in music that ever was, which is a lovely thing. I like everything: Jazz, pop, film music, classical music, you name it, I love it. But regarding influence, I definitely have certain pieces that probably have influenced me as a film composer or my passion for film, but if I just have to pinpoint three pieces of music that I hold dear to my heart or have meant something to me and influenced me….well, as a film composer, I’d have to choose any score by John Williams score as an early early influence. Maybe the very first Indiana Jones movie or probably E.T., one or other. I remember seeing both of them when I was 9 or 10 ish, around then, and he had a massive influence on me. I remember coming out of those movies on a cloud. His music still gives me goosebumps. John Williams can do no wrong in my eyes [laughs]. I just think he’s incredible. There are many many film composers, it’s so tricky for me to name one like that, but I would say, as an overall influence, I would have to put him as number one, because as a kid he made that impact on me.

In the classical world, that is tricky, but one of the ones I remember earlier making a huge impact on me, and again it’s the story, is Sergei Prokofiev’s Peter and the Wolf and Benjamin Britten’s Noye’s Fludde. And it’s funny that in recalling three pieces that have had an influence on me, I’ve gone right back to my childhood because I guess that’s when I was being the most influenced by music, because it was making an early impression on me.

If I could throw anyone else in, I would like to throw in a bit of Stevie Wonder too [laughs]. 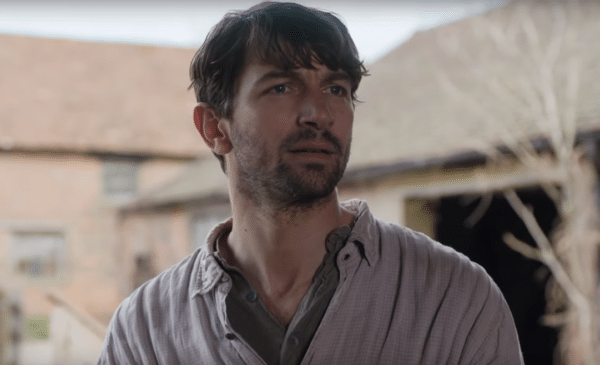 All terrific choices. I also grew up with a lot of John Williams scores and he had a strong effect on me. But thank you for taking the time out of your day to speak with me Ms. Harwood. You more than stand with those composers you listed in terms of talent. This has been great talk!

Oh Red, thank you so much. It’s been a real joy to speak. I really appreciate you interviewing me, thank you!

Flickering Myth would like to thank Ms. Harwood for taking the time to sit down with us. The Guernsey Literary and Potato Peel Pie Society is available for viewing on Netflix. Readers are also welcome to check out Ms. Harwood’s score through Spotify, iTunes, and Amazon.

Special thanks to Adrianna Perez of White Bear PR for arranging this interview.