Michael D. Simon is an American composer who has been working in the film and television industries since the mid-2000s. He is best known for his compositions on Once Upon a Time, and also his work on Brothers & Sisters and The Mentalist.

Flickering Myth recently had the opportunity to interview him about his work on the finale of ABC’s Once Upon a Time, titled “Leaving Storybrooke,” which premiered on May 18th, 2018. I had the honor to conduct it. Readers be warned that spoilers for the show and finale are discussed in the interview:

Thank you for taking the time to speak with me Mr. Simon. During the early part of your career, on E-Ring, you were credited as the assistant to the composer. I spoke to another musician named Kevin Riepl, and he told me that one of the main differences between that role and the main composer is that the main composer often has to deal with the bureaucratic side of productions. Have you found yourself having to handle similar things as the main composer, and if so what do you make of this role? Fun, challenging, stressful?

I’m so happy to talk with you! Truth be told, “assistant to composer” can mean many different things. Sometimes you are isolated from the outside world, sometimes you are the main point of contact between production staff and the lead composer, and sometimes it’s a mix. I haven’t found being the main composer on a project being any more stressful necessarily, but it does have much different challenges — namely figuring out how to communicate with the director (/editor/producer/whoever has a say) about their needs. Musical concepts can seem so clear in our minds, but when we try to explain them in English it’s sometimes hard to find the right words to match what we are feeling.

Now, according to IMDB, you came onto Once Upon a Time with the fourth episode “The Price of Gold” alongside Cindy O’Connor. What was it like initially joining the series where Mark Isham had already established the musical tone of at least that season? Did you find that you were able to bring your own musical styles into the series, or was it a case of making compromises with the other two composers?

Figuring out the musical tone/style of a project is usually the most difficult part from a creative perspective, so when I jumped in it was really nice having the “sound” already nailed down. And luckily for me, the style Mark established for Once Upon a Time was one that aligned really well with my own creative abilities, so there never was really a question of making compromises. So while I do feel like there were times where some cues I wrote were definitely of my own styling, they were also naturally in line with what Mark had laid out from the onset.

I’m wondering, how was the workload divided among the three of you? Did you each decide you would focus on a specific character or a specific setting, or did everyone chip into every part?

Before each episode we would either do a phone call or talk in person about who was doing what — and generally if there was a new theme needed Mark would handle those. There was never any exclusivity to certain people handling certain settings or characters, a decision I think that helped make sure the sound of the show was as uniform as it was. 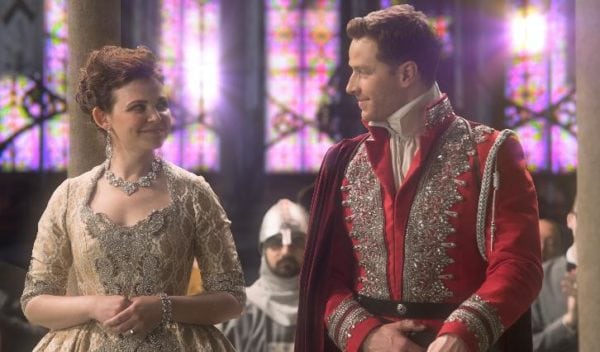 Once Upon a Time of course focuses on a lot of fairy tale and literature characters that have had established musical themes courtesy of Disney animated films from back in the day. I myself was a huge fan of Snow White. What was your approach when it came to changing up the musical background of these characters? You obviously want to do your own thing, but to radically depart might have the effect of creating dissonance among viewers.

Well I know from the start it was Mark’s intention to write new themes for characters who already had an established thematic history in the Disney universe primarily because these were new versions of their stories. All those amazing classic themes (and classic scoring styles) tie the characters very firmly into their original stories and might have detracted too much from what the creators, Adam Horowitz and Edward Kitsis, sought to do. Instead, we brought back some of those themes at very special and brief moments, which I found to be very effective.

When it comes to doing these weekly shows, how much time are you given between receiving the final cut of an episode and having to write/record the score for said episode?

Generally we had a week, start to finish. Though sometimes we’d have a little more time at the beginning of a seasons compared to the end.

I understand that Once Upon a Time utilized a live orchestra for the score. Did you do any of the conducting yourself? What are some challenges that come with utilizing a full orchestra for a weekly show?

I didn’t ever conduct the orchestra, though that would have been a lot of fun to try once or twice. Most of the time we had the venerable Mike Nowak to handle that task, which allowed the rest of us to focus on listening to the how the cues sounded in context with the picture and the prerecorded music. When you don’t have a live orchestra, or live *anything*, for that matter, you tend to have a bit more time to write. Live players require preparation of sheet music, recording session files, etc. But it’s a trade-off I would do every time if the opportunity presented itself.

The series has ended, and you did the finale Leaving Storybrooke. I’m wondering, when you invest years of your life into doing one show, and you’re told it’s going to come to an end, what does that reality feel like? And how did it influence what you and Mr. Isham and Ms. O’Connor wanted to do with the finale?

Often times with network TV you don’t get the luxury of knowing several months ahead of time that the season you are working on is the last one, often you just find out during upfronts, after you’ve already finished the season. With OUAT we found out in February, which gave us a lot of time to mentally prepare for finishing the story. This was truly a gift, even though it was bittersweet to have to say goodbye, having the emotional certainty to apply fully with each and every final “moment”. A lot of these final moments happened in the episode we received the Emmy nomination for. One in particular that stands out to me is when Rumpelstiltskin, played by Robert Carlyle, endures a heroic and selfless death. I know when I finished writing it and played it back I had to fight back some happy tears. You can check that track out on the Season 7 album ABC just released on Walt Disney Records. The track is called “Evolution, Wisdom and Love”. 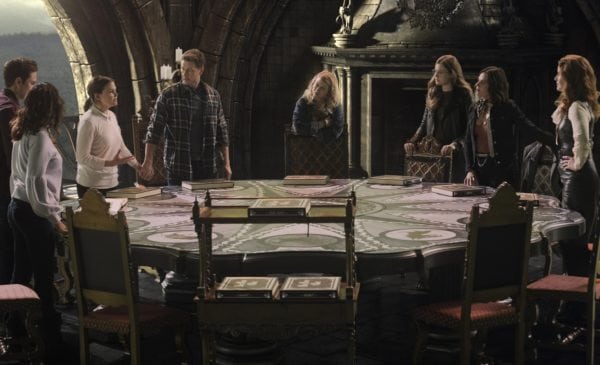 Since Once Upon a Time is finished, are there any future projects you can tell us about that you will be undertaking?

I’m not sure I can talk about the next couple projects I have lined up just yet, but I do have a personal project in the works that involves going back to some very VERY early compositions of mine. Stay tuned!

Flickering Myth would like to thank Mr. Simon for sitting down with us. Readers can check out the soundtrack for Once Upon a Time’s seventh season on Apple Music.