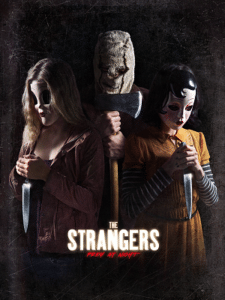 A family staying in a trailer park are stalked by three masked assailants. 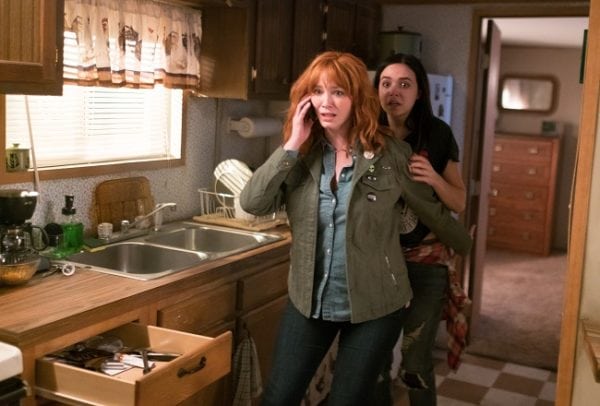 2008s The Strangers seemingly came out of nowhere and proved to be something of a commercial success, so much so that it has taken a decade for a sequel to appear. A fairly lethargic move by an industry used to capitalising on a money-spinner but perhaps the decade-long wait means somebody has taken their time and come up with a new spin on what was a pretty basic and familiar premise, advancing the mythology and expanding the story.

Perhaps but no. The Strangers: Prey at Night is a sequel in name only, recycling the same plot from the first film but instead of an innocent couple being terrorised in their home by killers wearing sacks on their heads we now have a family of four being terrorised in a mobile home by killers wearing sacks on their heads. See what they did? No? Well, in case you missed it the filmmakers took the first film, added in a couple of extra victims and… did the same film again, only on this outing there’s no Liv Tyler or Scott Speedman. This time we get Christina Hendricks (The Neon Demon) as the mother of a family not getting on too well and so she, her husband and two teenage kids go on a road trip to spend some time together, ending up in a trailer park that seems to be deserted until the inevitable knock at the door that night and then the family are engaged in a battle of survival with three masked killers with no real motive other than to kill for the sake of it. 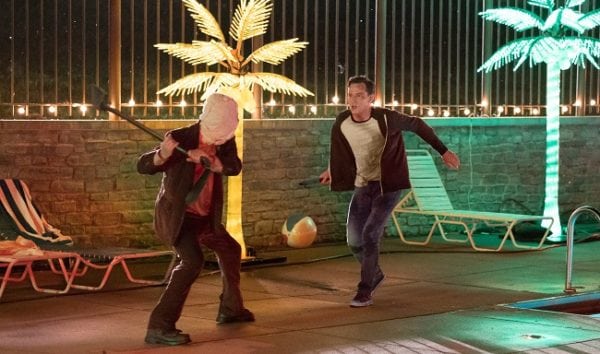 And there you have it – killers we don’t know stalking and slashing their way through a group of people we only really recognise because of their familiar (read ‘stereotypical’) character traits, so much like the first film there is no real reason to get invested in any of it. One could argue that the strength of the first movie was that the killers had no motives that we were made aware of and the fact these mysterious people could just pop up and kill at random was the most terrifying aspect but in leaving out those character beats and keeping it all unsaid you’re basically having to fill in the blanks with action and in trying to create a creepy or tense atmosphere the action is deliberately dialled down and spread out, leaving more gaps with not a lot to fill them as who really cares about these random nobodies?

It comes down to this – if you enjoyed The Strangers then there is no reason not to enjoy The Strangers: Prey at Night because it is basically the same movie so go fill your boots and have a great time. However, if masked killers are your thing then there are countless other similarly-themed slashers out there that are far more rewarding and a better investment of your time and that doesn’t just include the usual suspects and their franchise sequels. As far as slasher/home invasion movies go The Strangers: Prey at Night isn’t terrible in the same way a 10th film in a franchise is likely to be but it is an extremely mediocre one. It looks a little better than the budget would have you believe, the kills have a bit of viciousness to them despite being fairly unremarkable and once you get to the final scenes it is quite difficult to care about anybody on the screen more than you may have done when the film started, leaving you wondering whether the whole thing was really necessary in the first place.